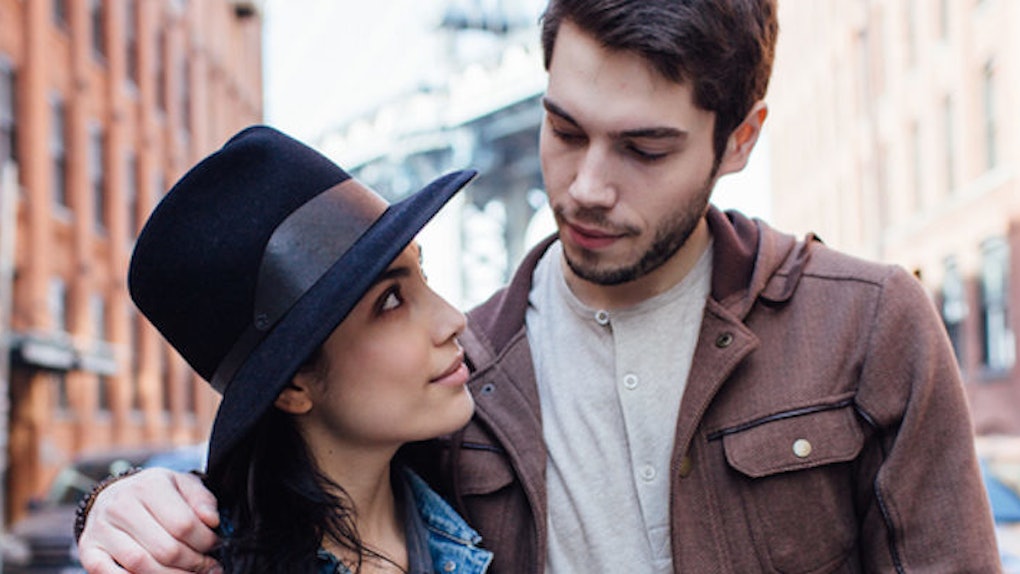 Here's a typical conversation between a girl and a guy.

Girl: Can’t we fight to make this work?

Girl: But I thought we loved each other. I’m going to miss you so much.

Boy: Girl, are you crazy? Your feelings are showing. Put those away right now.

Okay, that exaggerated scenario can be reversed in terms of gender.

But I have yet to have one of my guy friends tell me a girl called him crazy.

So if you are a male and this happens to you, please let me know. I’ve never been called crazy to my face yet, but I’m sure almost every guy I’ve been with has thought it at some point.

For the record, I’m not crazy.

Now you’re probably like, “Chandni, that’s what all the crazies say.”

But actually, when my heart is not a slab of marble in my chest, it’s mushy and feels way too much for people who don’t deserve it.

I’m big on showing my feelings if I am pushed to a point because honestly, there are few things people regret in life, but not exposing their feelings when given the chance is one of them.

I don’t plan to be a regretful person in that sense, so I speak my mind as much as I can.

A lot of people think this is a poor quality to have. But often, when I’ve spoken my mind, I’ve gained clarity into whatever situation was previously tearing me apart.

Without exposing our feelings and making ourselves vulnerable, we open the door for misunderstandings, doubt and overthinking.

Why open doors that can firmly be closed if you say what you’re feeling? It’s a simple solution, isn’t it?

Society tells us it’s bad to have feelings. I once had someone tell me I’d never be able to become a doctor because I’m too emotional.

Well, since then, I’ve trained to become an EMT, taken care of geriatric patients in a hospital and had sick children die slowly in front of me.

I cried multiple times through each experience. Despite all that, I’m still standing.

People aren’t used to seeing raw people, especially not in our generation. We are meant to be polished, put together and “clean.”

We need to slip on masks when times get tough because everyone is watching.

People always seem to be watching. They’re waiting for us to post the right, perfect pictures. Nobody wants to see the pictures where we are breaking down and showing our flaws.

So we hide away our red eyes, tear-soaked cheeks and heavy minds. Society has somehow made us associate emotions with weakness.

I refuse to give in to that, though.

I am too happy because I know what it’s like to be swallowed by the depths of sadness. I’m sad because tears are what release the pain inside. I’m angry because that’s what pushes me to change something.

I aim to feel every emotion my brain hands me with fervor. I want to be an open invitation for others to feel what they should be openly feeling too.

I want them to see me and think, “Hey, maybe I can do that too.”

I apologize right now to all the men of the world. Being a feminist involves fighting a lot for women because we have been dealt the poorer hand of the two in most aspects.

However, I can only imagine what it’s like to be told to be “strong” or “manly” constantly from birth. As if being a man negates you from being a human.

Human beings have feelings, too. It's not just women and children.

Men feel just as much. That’s it.

We are all tied together by certain things as human beings, and emotions happen to be one of them.

So I want to say to men everywhere, you should cry alone, in public or in front of people you know. You should cry as much as you want and as often as you need. Don’t give a damn what other people think of it.

This is sincerely from women everywhere.

To be honest, I don’t trust anyone who says he or she doesn’t ever cry.

What does that even mean? Nothing hurts you enough to bring you to your knees? Does your heart not ache when Meredith lays her hand on Derek’s chest as he lets out his last breath? (Sorry for the spoiler.)

Okay, but really. Your heart doesn’t weep when the Grogans have to put Marley down in "Marley & Me?"

Because I’ve weeped into my pillow late into the night during all those scenarios, and clearly, I’m not afraid to admit it.

So call me crazy if I show you a burst of emotion.

Call us crazy for being human. Because in that case, I’m crazy and proud.