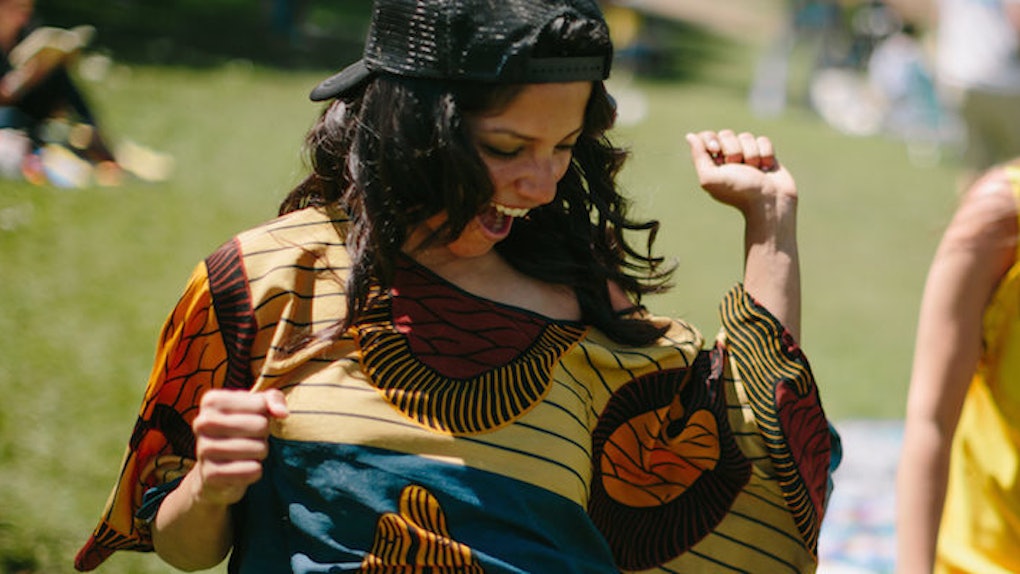 Another weekend is about to roll around the bend, and you're still single: single as you've ever been.

I love to do things alone. I have a lot of respect for people who do things solo. So, I started hanging around them more often, and I picked up some tips. I realized that being alone doesn't have to mean being lonely. In fact, it gives you the freedom to do everything your way.

Take it from me: I've been single for a hell of a long time, so I'm pretty much a pro at doing stuff alone. I used to never be able to spend my weekends on my own, so I've come a long way.

Because it's Friday (yay!), I've put together a list of things that only us single people can do this weekend:

1. Use a social gathering meet up app, like Meetup.com.

Meetup.com is kinda old news, but it's still awesome because you can basically find your favorite activity — from workout classes to artsy jaunts, like visiting a museum — and join a bunch of people who'll do that activity with you. There are plenty of other ones out there, too, like Skout and Peoplehunt.

This is an especially good pick if you're single and have recently moved to a new city.

2. Sign up for a gym and take your first class free.

I love to try new fitness class; they make working out seem much less boring. And a lot of workout classes usually let first-timers in for free, but those first-timers can't always bring someone.

As a single AF powerhouse, you can go box away all of your sexual frustration and feel amazing afterwards. (Seriously though: Boxing is a ton of fun, and I highly recommend it.)

3. Shop 'till you drop without a boyfriend judging you for spending so much money.

Ah, the solo shopping spree! Shopping without a plus one is great because you don't have to wander over to aisles of the store that you really couldn't care less about (like the lingerie aisle... amirite?). Also, you don't have a boyfriend scolding you for your spending habits.

Oh, and if you don't have a ton of money to spend (ahem, like me), try sample sales, people! Also good: Less expensive yet still chic chains, like H&M.

4. Hit up a bar alone and talk to anyone and everyone.

You guys, I love hitting up my neighborhood bar solo. Why? There are three major upsides:

I admit, going to a bar alone will feel weird the first time. But after that, it's almost more fun that rolling in with a whole crew.

5. Share a hangover with your girlfriends at boozy brunch.

You and your single girlfriends can get all "Sex and the City" and gossip about your ex's new chick while you drink bottomless mimosas. Also, you'll all be hungover from going out as a group last night, so you can feel a sense of camaraderie in your misery.

6. Spend what would be date night catching up with long-distance friends on FaceTime.

I have good friends. Unfortunately, many of them are scattered across the country: One is in Chicago, another is in Texas and another is in California.

I make it a point to take time out of my busy weekend schedule to FaceTime with them. Maintaining close friendships — even when you can't meet up in person — is incredibly important when you're single, so find the time to reconnect.

7. Just chill on the couch without feeling obligated to see anyone.

Ah, here it is, guys! The beauty of being single is that you don't have to answer to anyone. It's a luxury that the coupled-up can't afford.

So, if lazing around on the couch all day is what your heart desires, then listen to your heart and do the damn thing.