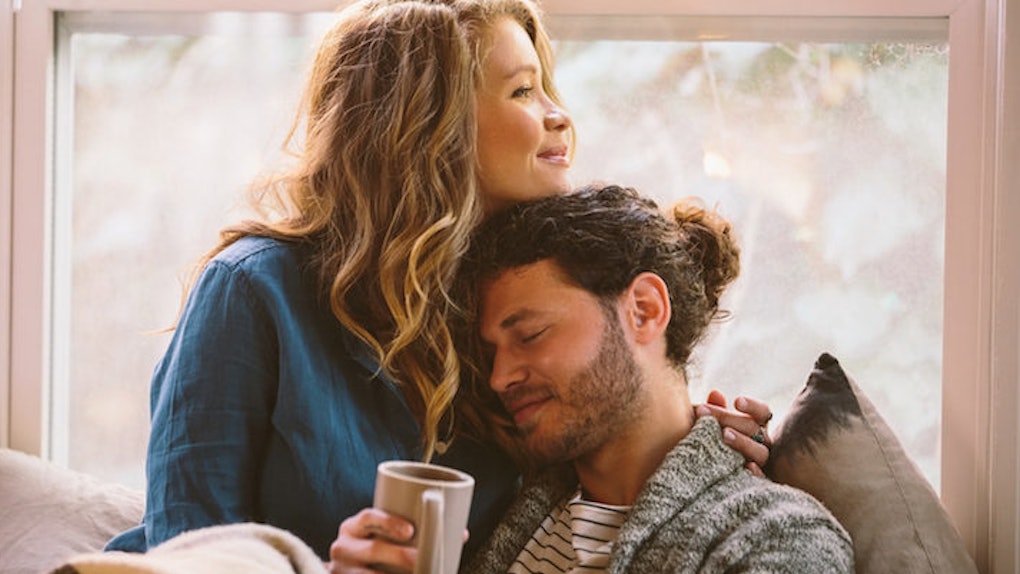 Ladies, Listen Up: He's Supposed To Be Your Boyfriend Not A Doormat

While every female on the face of the earth needs to hear this, this is specifically geared toward my alpha bitches who are bosses in the boardroom, the bedroom and basically everywhere else in life.

So, all my ladies! You there? You reading, girls?

I have important things to share with you today regarding your love life.

Hell, this one is for all you boys out there, too -- for all the gentlemen dating the bossy girls. You need this information as well.

We're going to discuss the difference between a good boyfriend and a doormat. I know -- I know -- you all think you’re so aware of this particular dichotomy.

Guess what? You're wrong.

Now, I’m going to take you on a little journey with me. Don’t worry; Auntie Gigi will make sure you make it through this… because I’ve been on this sh*tshow of an adventure for a long time.

I’ve been through countless relationships that are less like partnerships and more like dictatorships. Ones where I play Stalin and my boyfriends play... well, my subjects.

He becomes the subject to my reign of terror because -- and ladies, I think we all can agree -- if a guy lets you walk all over him, you will.

I once had a very nice boyfriend. He was extremely good to me.

We had started out as best friends. As in many romantic relationships, we were friends because I decided we were friends. Eventually, I wanted more. And we started dating.

I definitely liked him a lot… at first. He spoiled me completely rotten.

In all honesty, he would do anything I asked. He would fulfill any request. He wanted to give me the entire world on a silver platter.

I adored the attention… until it became too much.

He worshipped the ground I walked on. He had me on this incredibly high pedestal. I was some kind of superwoman in his eyes. I was gold-plated and shiny. I could do absolutely no wrong.

But this is every woman’s dream, right? Every girl wants to be treated like a princess, right?

You can get only so much satisfaction from idolatry. The truth is that being worshipped is fun for only so long. Being on a pedestal becomes exhausting very quickly.

My “love” turned into apathy. The guy who was once my boyfriend was now my bitch.

As I began to pull away, he held on tighter. Every time I pushed boundaries, he stretched to accept them. I started doing absurd, crazy-bitch stuff just to see what would happen. He caved.

After a while, his very touch repulsed me. His seeming obsessiveness became unattractive.

As much as I’d like to say that just because I had the power to walk all over him, I didn’t... that would be wrong. I did. I did because I could. I trampled him because it was easy.

Who wants to f*ck someone who would gladly lie down and take all of your sh*t?

I felt guilty, but I couldn’t help myself. Honestly, none of us ladies should have to feel guilty... because it takes two to f*cking tango.

We all want a good boyfriend, but we don’t want a doormat.

There is a difference, and it is often too subtle to recognize until you’re neck-deep in a relationship with someone who doesn’t challenge you.

The key to any healthy relationship is a little R-E-S-P-E-C-T.

Above all, you and your boyfriend should respect each other. You're two equal people who are engaging in a partnership.

Respect means that both of you are willing to stand up to the other. Neither should back down to appease the other person. It’s impossible to have respect for someone who lets you walk all over him.

You want to be treated right, but you need to be treated like a human being. Once you cross over into idol-worship, there's no going back.

Once you're allowed to do whatever you want in a relationship, you lose sight of any and all boundaries.

If he’s terrified of losing you, you have to lose him.

My boyfriend was terrified that I would leave him.

He let me treat him like sh*t and order him around. It was an attempt to satisfy me, and I can understand his actions. He didn’t know what else to do.

Give her what she wants, and you’ll both be happy, right?

The problem is that if one partner is this insecure, you’re never going to have a stable relationship.

Once your boyfriend gets to the point where he thinks you’re the only thing he has in the world, things will take a turn for the worse. It’s just too much pressure to try to live up to the image he’s created in his mind.

Be wary of a man who worships you. If he’s deifying you -- if he’s looking to you as a thing to revere and overpraise -- he probably doesn’t respect himself.