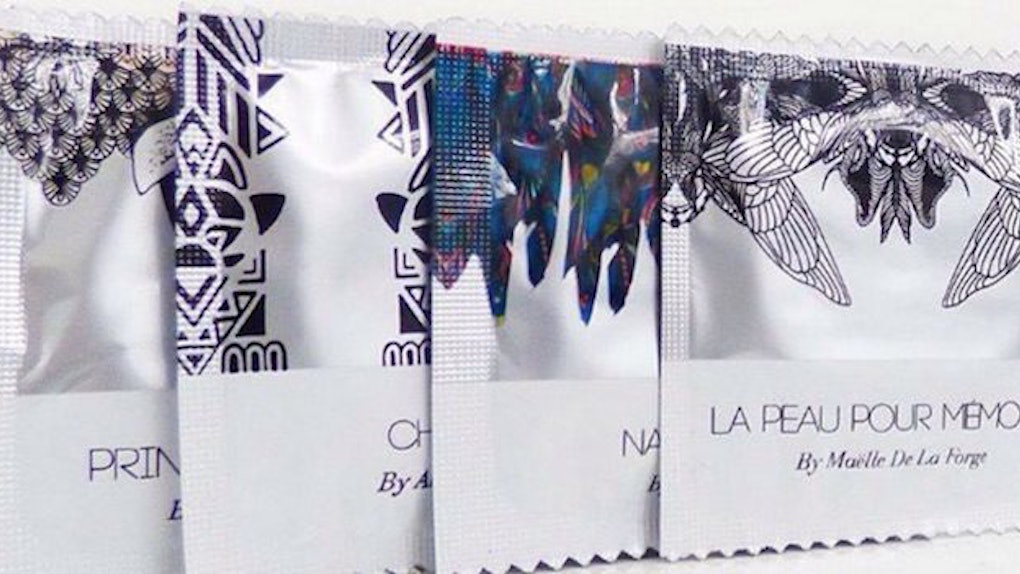 Dress Up Your Sex Life With These Luxury Designer Condoms

Need a little something to spice up your sex life?

Instead of setting out on a mission to try some super ambiguous new sex positions you found in "The Kama Sutra," why not try bringing some color into the bedroom by dressing up your nether parts with a designer condom?

French condom company Made In Love creates condoms that are almost too beautiful to use and toss when you're through.

As the company's site states,

Made In Love condoms is still in its evolution stages, and the company is looking for support in the form of monetary donations on the French version of Kickstarter, Kiss Kiss Bank Bank.

Talk about getting creative between the sheets.