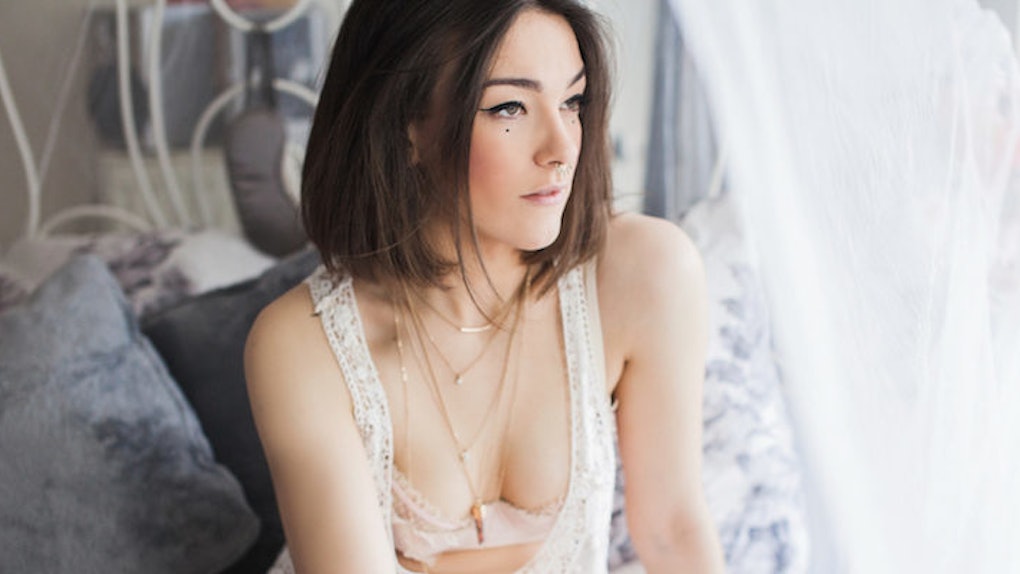 I'm not sure why the fantasy was such a draw. I guess it was the idea of getting pleasure from two people instead of one. Of having two people worship my body. It seemed so titillating and taboo.

Although it made me nervous, I never stopped thinking about it. It stayed with me throughout my years of sexual exploration as a box left unchecked on my sexual bucket list.

I didn't want just to throw caution to the wind and hop in bed with a random couple I found on Craigslist. I didn't want to be the guest star who was dejected and cast aside once everyone had climaxed -- or worse, be rejected in some dimly lit dive bar when homeboy's girlfriend got cold feet upon meeting me face-to-face.

No, I wanted to be the one in control. I wanted to be the woman who went into the bar with her shy, curious boyfriend to picked up a hot tattooed chick at the bar and invite her home for a night of unbridled passion. My boyfriend and I would then put her in a cab and never see her again.

I immediately began planning our encounter in my head. It would be on my terms. We'd go to a bar. I would do the flirting and find us a girl. I'd been with girls before. This wasn't my first rodeo. The important thing was that I would feel in control. He respected that.

And it's all because I fell head-over-heels, crazy-ass in love with him.

Within a matter of months, I went from avoiding labels to talking about getting married. Whether or not I was ready for a serious relationship, my relationship became serious.

I thought being in love would strengthen my desire to try new things, but suddenly, the thought of my boyfriend touching another woman went from filling me with lust to filling me with jealous rage.

I knew I had to tell him how I felt, but I was also nervous that he'd be disappointed. I kept quiet for a while, but one night over dinner, I finally laid it all out: my nerves, my insecurities and, most importantly, how I loved him too much to share him.

And he said he felt the same way.

"Do you really want to think about how we f*cked some random girl in a bar while I'm holding your child in a front-ways kangaroo pouch?" he asked.

I'm not saying I suddenly think there is something wrong with threesomes. I don't. I think everyone should party on with all the free love that works for them and their relationships.

So, I guess I won't be the cool girl in the bar picking up girl to bring home with her boyfriend. Childhood Gigi with the electric toothbrush feels a little disappointed. But it feels like the right choice for me today.