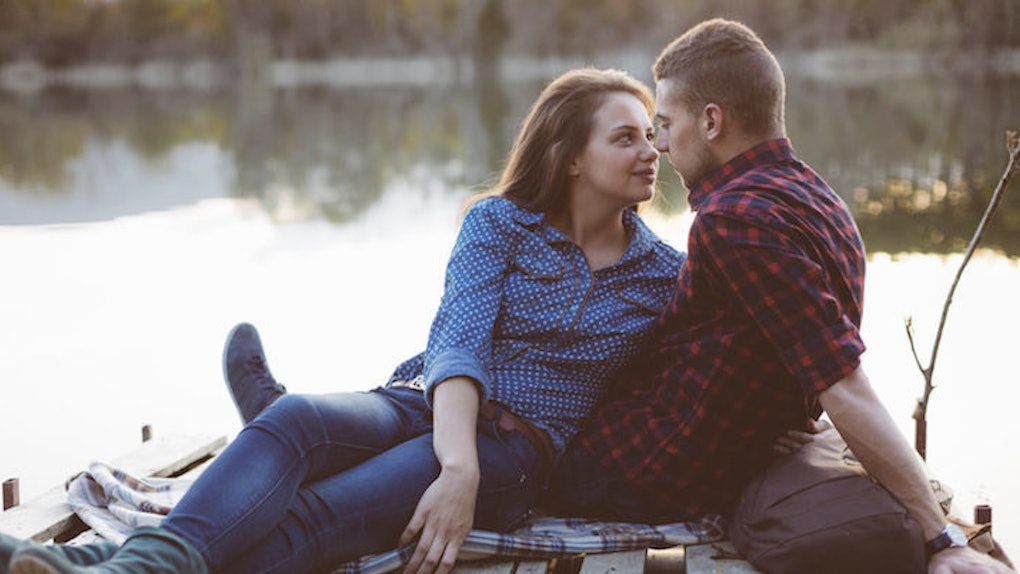 35 Signs You're A Lucky Guy Dating A Mature, Uncomplicated Girl

Sure, there’s a side of you that craves the chase.

Part of you wants to be shut down – at first, naturally – only to be forced to put forth that extra effort (think Jordan in the fourth) and ultimately win over the heart of a girl you’re interested in.

And then there’s a part of you that wishes women came easily.

While you do enjoy working for things, sometimes there’s a fine line between a challenge and your Everest, and when you’re not sure which category your girl falls into, it becomes tiring, after a while.

Soon you’ll look for a girl you can settle down with -- and actually settle down.

You’ve dated the rebellious chick. You’ve dated a few bookworms. You’ve dabbled with women of numerous different interests -- but rarely have you set out looking for the “uncomplicated” girl.

Without taking a deeper look, “uncomplicated” may sound like a synonym for boring.

I mean, if you ever told your boys your favorite quality in your new girl is the fact that she’s “simple,” I doubt they’d understand where you’re coming from.

But once you’re introduced to a girl who’s uncomplicated, you’ll soon learn it doesn’t translate to a lack of personality -- but rather that she knows how to go with the flow.

If you’ve found one of these types of women, hold on to her because you’re actually quite lucky. They’re pretty hard to come by these days. You won’t realize how refreshing it is to spend time with someone -- without worrying about bickering or petty disputes -- until she’s gone, so take care of her.

Here are the signs you’re currently a lucky guy dating an uncomplicated girl.

1. She never expects any material gifts and appreciates those she receives.

2. You know you can be honest with her without constantly worrying about hurting her feelings.

3. She has no hidden agenda.

4. She trusts you and won’t always question your every motive.

5. Conversation with her is meaningful -- never just to fill awkward silence.

6. And with her, no silence is ever really awkward.

7. She finds pleasure in doing things for you.

9. For every question you may have, she has an answer and never feels uncomfortable discussing things you may be concerned with.

10. She understands the “team” aspect of relationships.

11. You never feel pressured to have “plans” with her; just being together is enough -- regardless of where you end up.

12. She’ll end it before she breaks your heart.

14. She’s genuinely fascinated in the things you are.

15. She values your companionship first.

16. You find pleasure in doing things for her.

18. She doesn’t feel the need to play the victim in order to get what she wants.

20. She doesn’t sweat the details and won’t beat herself up when stressed.

21. Her goals aren’t pipe dreams, and she knows how to attain them.

22. You never feel inclined to act like anyone but yourself around her.

23. She’s rarely bored, and when she is, she won’t try and create drama just to pass the time.

24. She knows life is full of peaks and valleys and focuses her attention toward pushing it along.

25. She understands the importance of “me” time.

26. Apologies aren’t a big deal in her mind.

28. She won’t lose sight of her own worth while valuing yours.

29. She doesn’t get jealous when you interact with other people. She “gets” it.

31. She has her own interests. You aren't the only thing she's about.

33. She understands life is full of curveballs, and when things come up, she doesn't hold them against you.

34. She has no ulterior motives. You know exactly where she stands.

35. She looks to avoid confrontation and values being happy more than being right.

Being "uncomplicated" isn't just being simple or easy going, though. It's about maturity.

It takes a level of life experience to see past your own nose and understand the world doesn't revolve around you.

It refers to a sense of empathy, one that hardly lets ego or personal wants take priority over the greater good of a situation – with regard to this article, your relationship.

Everyone has his or her own personal problems, desires, etc. – but the ability to cater to these AND somebody else's is a true virtue.

There might be times that she looks for attention and – when she does – you should make sure you provide her with it.

But don't take it for granted when she doesn't.