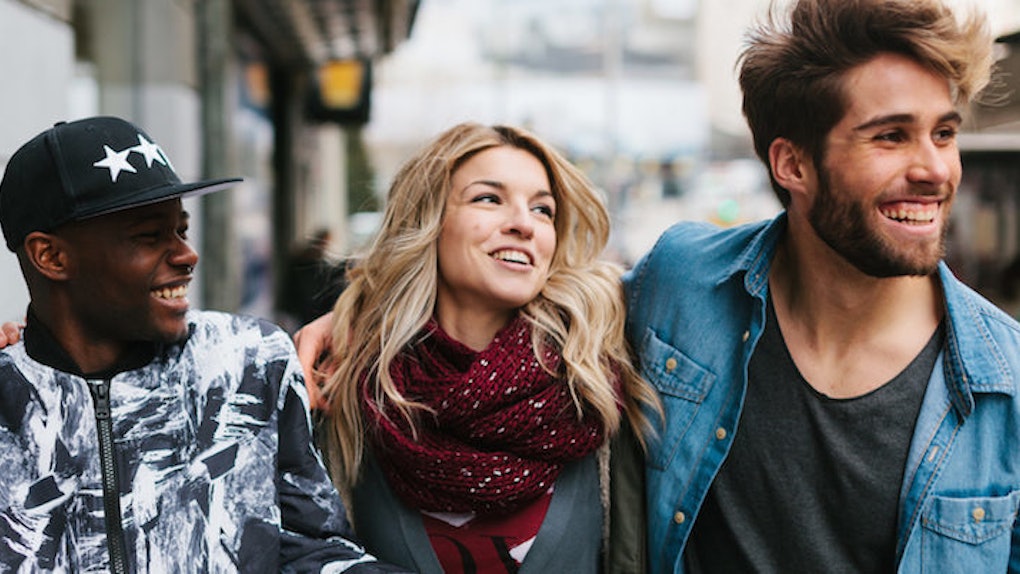 Good Things Come In Pairs: Why Dating Two Guys Is Better Than One

Much like the number two meal at McDonald’s, why only have one of something great when you can have two?

I’ve adopted this philosophy into my love life where instead of dating one guy who doesn’t fit the whole bill, I’m dating two who, combined, almost do.

Let’s face it: We’re all constantly looking for something better than what we have. Life is about striving toward something greater and not always settling for what you have.

Sure, “true love” can come around and change my opinion on this issue, but until then, I’m test driving my options before buying them.

It’s tough to meet people offline anymore, and when you do, it feels like stars align.

I met this guy out shopping while buying a new phone after I lost mine on a drunken night out. Needless to say, we exchanged numbers and started going out.

Maybe it’s the romance of the story, but it seemed as if the universe meant for us to collide. We even ended up on the same flight back home together for Thanksgiving as our first date!

You can’t help but think you’re supposed to see where something like this goes. So, I am.

This is the guy you can bring around your friends, and he fits. Sometimes I worry he fits in too much and might linger around once we’re done, and I might not want to see him anymore.

He likes to watch sports, drink, eat and stay out late, just like me. Plus, the drinking doesn’t interfere with the next best thing about him…

He can have sex for hours -- multiple times -- at any time of day. Morning, noon or night. Drunk or sober.

But, you usually don’t see him until night and after a couple drinks anyway. He’s not someone to take you out on a proper date. So that sober sex only comes in the morning, and it’s usually hangover sex.

He doesn’t have steady work.

Of course, he’s an artist.

We both weren’t working for the same period of time, which led to a good amount of time to hang out. But, this also meant we both didn’t have much of an income between the two of us.

He’s new to the city and isn’t as well-connected, so the job search isn’t going very well. Inevitably, he became a waiter, and I became a writer, which quickly ended the copious amounts of time together.

We’re both ghosting each other more and more.

He has four roommates.

This means we always end up at my place since I live alone. Now, I don’t mind hosting, but when we’re hungover and want pizza in the morning, I’m the one paying for it.

Not that I’m against people who are 30 and have roommates, but the guy isn’t looking to grow up any time soon. This is also usually an indication he’s not looking for anything too serious in his life in general.

This makes it easy to keep in touch but also creates a lot of jealousy on both sides. When you don’t know where you stand with a guy, then see him out doing things while you’ve been texting, it’s bound to get sticky.

Luckily enough for me, I have someone else I can call.

We met online, and he lives up to his online dating profile exactly. I already knew what he liked, read, watched, etc. before even meeting him.

He’s a standard 30-year-old who works a nine-to-five job and is from the tri-state area. He’s basically the perfect guy for anyone who wants a boyfriend.

He lives alone and works from home.

It’s always hot when a man has a place to himself. Most importantly, he can afford to live alone, and his apartment is nice.

Usually, this means the guy is self-sufficient around the house -- he can cook, clean, do laundry, read, play video games, make his bed. He doesn’t need a woman around to get shit done.

He is successful enough to work from home and makes good money. He wants to go to the fancy cocktail lounges, and he wants to pay for it. But he’ll let me pay if I insist.

He likes to go on actual dates at normal hours of the day. His working from home also makes for some fun “lunch breaks” for the two of us.

I can’t. Like, not even a little. Don’t talk to me like I’m a baby because I’m not. Moreover, I’m most certainly not your baby.

This is also always an indication that a guy isn’t that great in bed. He’s not going to toss you around and make you feel wanted. He’s going to whisper in your ear and wait for you to switch positions.

We all have certain qualities that match well with other people. These guys both have things going for them I can work with and some traits I don’t enjoy.

So, instead of deciding I should look for the impossible man who possesses only the things I want out of someone, why don’t I stick with these two for now?