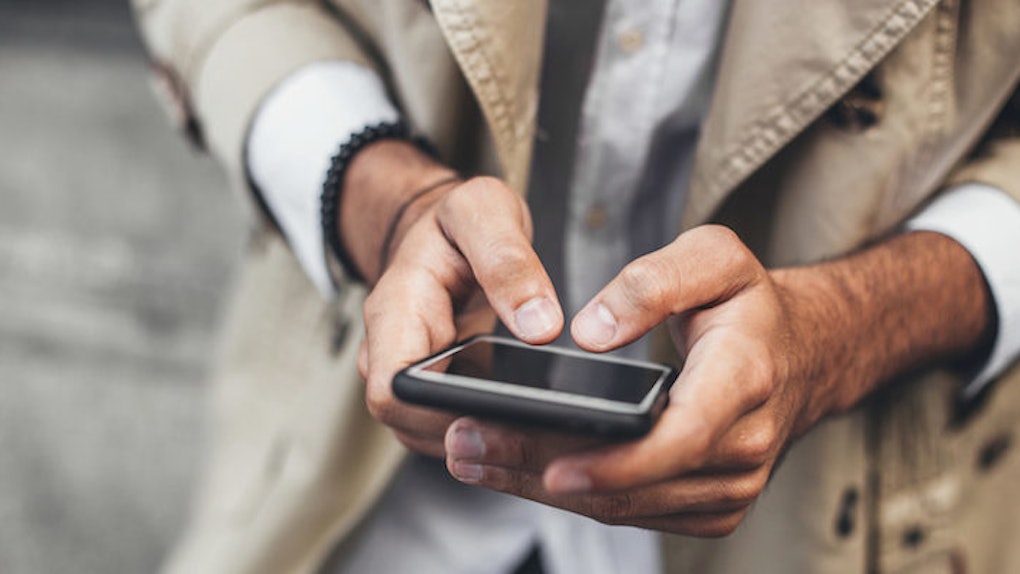 The Real Reason Guys Are Absolute D*cks On Dating Apps

I gravitate more toward the desperate puppy dog missive of, “Hey, I’m writing again because I think we’d really hit it off, and you should give me a second look” than vulgarity.

This is a relief because more and more, women across the country are posting crude, misogynistic or utterly bizarre messages they receive from men on public shaming sites like Bye Felipe, Straight White Boys Texting or Dudes of Tinder.

Recently, a musician from LA has started posting messages from a trove of over 1,000 she’s received from “stalkers, pervs [and] crazies” in the past decade.

A quick scroll through these various sites reveals correspondence in which one man refers to a woman as a “fat ugly [expletive],” another asks a girl to provide oral satisfaction in his first message and a remorseful, yet honest fella from Phoenix tells a woman he’s currently pleasuring himself to her picture.

At least he apologizes for it.

Alexandra Tweten, the woman behind Bye Felipe, concedes a relatively small number of users are responsible for the shame-worthy messages that make it onto her site. But in a way, those messages are alarmingly representative of general trends in the online dating universe.

When compared to in-person communication, online dating correspondence is hyper-sexualized.

Men lash out against total strangers in profanity-laced tirades.

And women, 42 percent of whom say they’ve experienced harassment on a dating site, must endure behavior that would get men locked up if it happened in a bar or restaurant.

What is it about online dating that brings out the worst in some men?

The majority of men on dating sites are under 34, which means they’re just the right age to have grown up with online pornography.

Even on OkCupid, men must only click on a handful of profiles before stumbling across women who post photos that offer a close up of "T and A."

As long as certain dating sites look like toned down versions of their X-rated counterparts, men may not exactly be messaging women in the most respectful frame of mind.

Put another way, vulgar messages probably aren’t much of a problem on Coffee Meets Bagel, a site with limitations on the number and size of photos per profile.

The mass rejection doesn’t help, either.

Any man who ventures into the world of online dating must be prepared for an unrelenting avalanche of flakiness and rejection, the likes of which previous generations have never seen before.

Sending out a dozen messages and getting zero responses isn’t even the worst part.

It’s the grind of being jerked around by women who tell you to call them and don’t pick up the phone, who take 36 hours to respond to every text or who agree to a date and cancel an hour before over and over again.

Men get pushed over the edge.

And while I’ve learned to take breaks or close my account when I can’t take it anymore, many men lash out instead.

Although it’s not laudable behavior, one can understand why men who have sent 25 messages and have received just one response may vent to the one person who initially listened.

Any anger or frustration is then amplified by the road rage component.

My dad was a beloved teacher, a volunteer soccer referee and is an all-time great guy. But the second someone cuts him off on the freeway, you’d think he entered a war zone.

He becomes enraged not because he’s a hateful person, but because it’s so easy to hate an anonymous other, especially when there’s no risk of retribution.

The same thing applies to online dating, except men are alone with their screens rather than in their cars.

Taken together, the case of men morphing into Neanderthals via Tinder isn’t merely a case of bad behavior that can be solved with a mild reprimand.

Men’s failure to respectfully communicate is a byproduct of perverse conditioning and a too personal, yet too impersonal experience.

The spread of public shaming may help, but it’s going to be a while before men treat women as well on OkCupid as they do at the local bar.