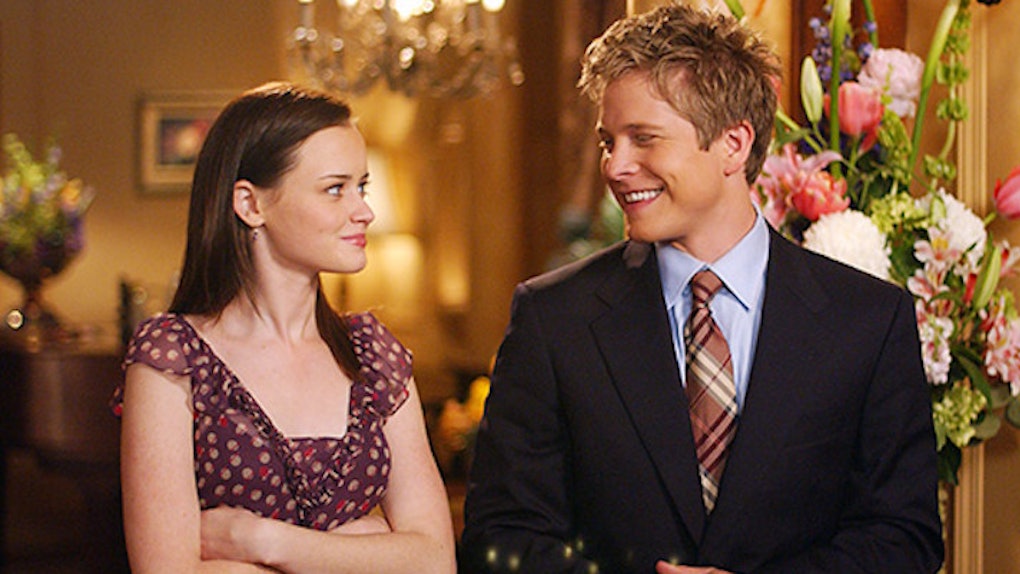 Rory And Logan Gave Love Another Try, So Did I

We all have that one love -- the one we'll never let go of no matter where we are in our lives, the Logan Huntzberger to our Rory Gilmore.

Dean may have taught her to feel safe, but Logan took care of her.

He let her live in his apartment. He tried to give her the key to his family's empty home in Maine.  He always had her back.

Logan treated Ms. Gilmore like a princess, and for any woman, it's hard to let go of the one who just wants to see you happy.

I met my "Logan" during my freshman year of college.

We were complete opposites -- I was a free-spirit, he was arrogant and egotistical. (Sound familiar?)

But for some reason I saw past his exterior image. I saw he was a loving, protective soul who always looked out for me.

I've always been mortified by the story of the first time we met, but he finds it hilarious, so I'll tell it.

I was out at a party and I began to feel sick. I was looking for a place to sit down when I saw this man plop down on the last, empty chair. So I sat on top of him.

(For some reason this sounded like a good idea in my slightly drunk and definitely not feeling OK mind.)

Taken aback, he cordially introduced himself to the stranger who had draped herself on top of him.

He unraveled that this was not an aggressive come-on, and took on the role of bodyguard, even making sure I got home safely.

This story defines us.

I've always kept him on his toes with my crazy antics, and he's always looked out for me, ensuring I was safe in every way. Even to the point where I was always on the right side or the inner curb of the sidewalk.

We dated on and off throughout college, but by graduation we were just friends.

Despite seeing other people, we spoke almost every day. There was undoubtedly always a connection, and there still is.

He was the closest thing I've ever come to falling in love.

Oddly enough, we ended up post-graduation the same way Rory and Logan did -- no strings attached.

When we saw each other, we picked up right where we left off. When we were apart, we did as we pleased.

It's not an ideal situation (no fairy tales here), but when you share an infallible connection with someone, it's almost like being frozen in time.

It's hard to let go of the feeling of familiarity and enticement. It's even harder to give up the person you could spend the rest of your life with.

We don't have to see a ring on Rory's finger to know Logan loves her, and vice versa.

In another reproduction of Rory's tale, I didn't tell anyone about us because I didn't want to hear their opinions.

I understand my friends have the best intentions, but there are times where all they do is supply doubts that, quite frankly, I don't care to hear.

I needed him more than I needed their fears, so I went with my gut.

Life is gritty and unpredictable. Prince Charming isn't going door-to-door with a glass slipper searching for my foot.

Genuine connections are hard to find in this world so I'm holding onto the one I've found.

In the world of "Gilmore Girls," Rory and Logan have held onto each other for a reason.

Perhaps, there's a fear of moving forward, a longing for the familiar, or maybe, just maybe “some people come into your life and you just know you'll never be able to replace them if they left."