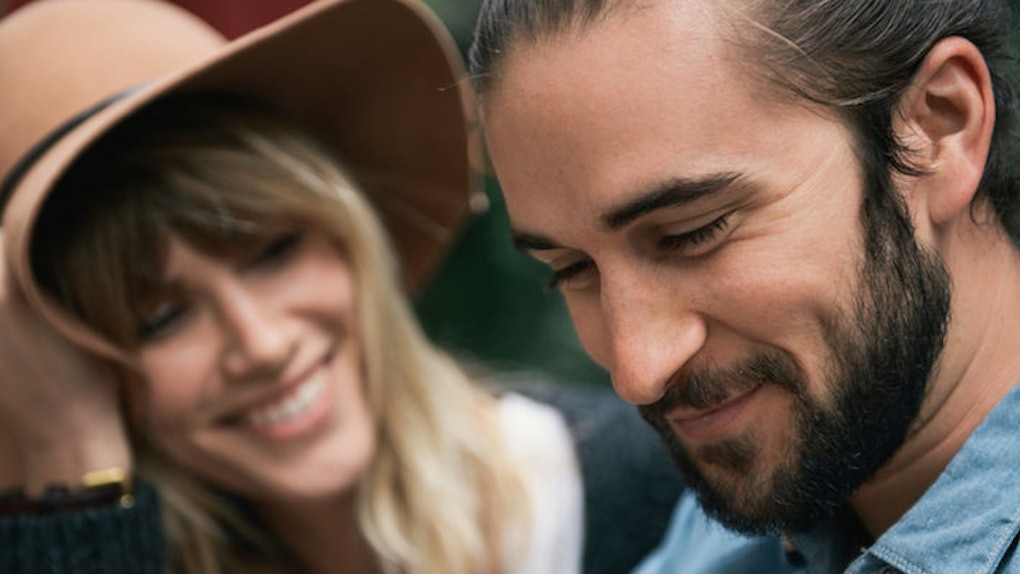 Throughout my (admittedly short) dating career, I've tried out my fair share of dating games.

You get the picture. I'm familiar with games.

And, I'm not going to lie, I'm not going to say they never worked for me. Honestly, playing some serious dating games can help you get the guy more often than not. I'm not even going to say that they were boring or exhausting. Sometimes, I would even go so far as to say that playing them made the pursuit of the guy even more fun. I mean, that's what games are supposed to be, right? Fun.

Games can sometimes work and games can sometimes be fun, but there is one thing that games will always leave you with: regret. Trust me, I know firsthand. When you lose a guy you got by playing games (and you always do), you're just left wondering how things would have gone if you played it all a little differently.

There are an infinite number of mental spirals you can choose to go down, but they'll all lead you to the same question: Would he have liked me, if he actually knew me? Not the weird fake version of you that you created in an attempt to make him like you, but the real you. The one who cries way too soon in fights with mom and snorts sometimes when she's laughing at her own jokes. Would he have liked that version?

There is one thing that games will always leave you with: regret.

There was a time when I saw this as a silver lining to the cloud of being rejected. He didn't actually reject ME; he rejected that weird version of myself I created. If he knew the REAL me, things would have been different. He would have liked me. And then came the scariest thought of them all: Would he have?

But something has shifted for me lately. That last thought isn't quite as terrifying to me anymore. The thought of my real, full self not being enough for some guy doesn't bother me at all. In fact, I would go so far as to say that it comforts me. It's my new silver lining.

OK, I know I took a big leap there with that last point, so let me try to catch you up on what I'm saying here. When someone rejects you for who you really are, you know you did all you could do. Do you see what I'm saying? No matter how many games you play, there's eventually going to come a point in time where you have to be yourself, and your partner is either going to accept you for who you are or he's not. Playing games can help you get the guy, but it's being yourself that's going to make you keep him.

The thought of my real, full self not being enough for some guy doesn't bother me at all.

By avoiding games in the beginning and just being unabashedly yourself, you're cutting through the bullshit. You're saying, This is me, so take it or leave it. And can you think of anything more awesome than someone you really, really, really like taking you as the total freak of nature you really are? I sure can't.

So, what's the plan of action with your latest guy? Let me run through it with you. Text him back when you want to text him back and, I know I'm being bold here, but maybe try sending whatever pops in your mind instead of an all-too-perfect four-word message carefully constructed by you and ten friends. Have sex with him when you feel like having sex with him. Make a poop joke if those are the sorts of jokes you're into. Order the salad at dinner if you're not that hungry or, if you're feeling it, order the double cheeseburger with extra bacon. Tell the too-long story you literally can't seem to finish without bursting into insane fits of laughter.

It might be the scariest thing you ever do when it comes to dating, but just be yourself.