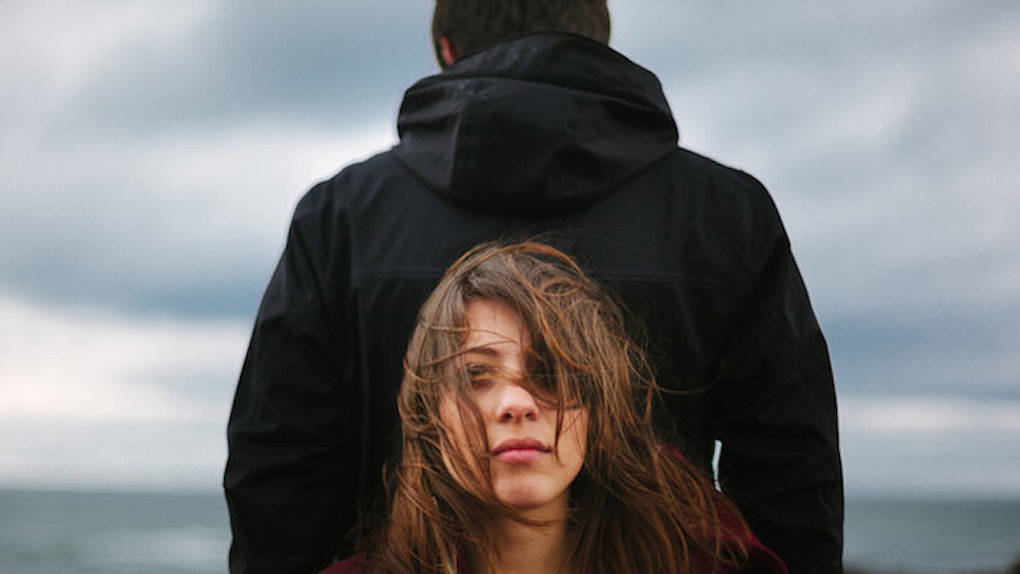 "You're a f*cking idiot," my date said to me, just loudly enough for other people in the bar to turn around and stare at us. "Really, you're f*cking stupid."

He then looked at his phone, said he had a last-minute emergency client meeting (it was 9:30 pm) and downed not just his glass of wine, but mine as well.

He insisted I accompany him to his Uber, and he left me standing on the pavement, humiliated and pissed off. I wished I'd been a sufficiently strong, independent woman, and I would've bailed or walked out at least an hour earlier.

But I didn't. I followed him to his Uber like a unwaveringly loyal, slightly sulky Labrador puppy, kissed him goodbye and dutifully replied to his drunken WhatsApp messages a couple of hours later.

A week later, despite him having stood me up not once, but twice during that time (once for his dad's birthday, and then for "fitness training"), he ended it. Half-heartedly, he added, "I still adore you, though" to the end of his message.

Obviously, the question that begs to be answered is, "Why didn't I walk away?" I'm confident, I'm intelligent and I have a great (if slightly unstable) job and a wonderful circle of friends. I would describe myself as successful, resilient and strong, certainly not the sort of girl to tolerate being called an idiot in public.

And yet, I became the predictable, pleading, clingy girl who insisted, "We can still make this work," in spite of insurmountable evidence suggesting we would never work out.

Like countless girls and women before yours truly, the answer is simple: He made me feel special. A frighteningly successful individual himself, he didn't tolerate my (frequent) tantrums, he didn't compliment me unnecessarily and he certainly wasn't intimidated by me.

Mid-conversation, he would frequently go quiet and just look at me, insisting he was "reading" me. And when he berated me on our date, it was because I'd "sold out" by writing an article he knew I didn't agree with.

In his words, I had "disappointed" him.

Add to the above the fact that, on our first couple of dates, he was gentlemanly, charming, affectionate and only mildly patronizing, and you have a guaranteed recipe for heartbreak.

I was dating a bully, and the whole experience was overwhelmingly reminiscent of lines from Sylvia Plath's poem about her relationship with her father, and her husband, the poet, Ted Hughes. In "Daddy" she writes:

"Every woman adores a fascist/ The boot in the face, the brute/ Brute heart of a brute like you."

However, even that still doesn't really explain why every woman "adores" a fascist, a bad boy or, in my case, a bully. It doesn't explain how it feels to know that no matter how many times you are made to apologize for your faults, he will always ignore his.

Every time you prioritize him, he will actively de-prioritize you.

Yet most of all, it doesn't explain the strange feeling of having to earn affection or praise.

My friends and I have all sailed through life. We were straight-A students, we were sports stars and we have degrees from world-class universities. We are the Generation-Y women who outperformed our male peers at school, deprived them of university places, advanced into "male areas" such as engineering and now face less unemployment.

And then, bang! I was confronted with someone who wasn't remotely impressed by any of that. He made me jump through hoop after hoop in order to impress him, only to watch me fall flat on my face time and time again.

I was confronted with failure, the one thing I'm not used to.

When things ended, I honestly thought I'd never find anyone who would push me to be better like that again. What's more troubling, is I also believed being pushed to be better was a good thing.

I was wrong all the time. While it is undoubtedly possible to lose one's right to affection, nobody should be made to repeatedly meet the right standards in order to earn it.

We all have flaws, and I'd much rather be with someone who values those, just as much as the attributes that more than adequately outweigh them.