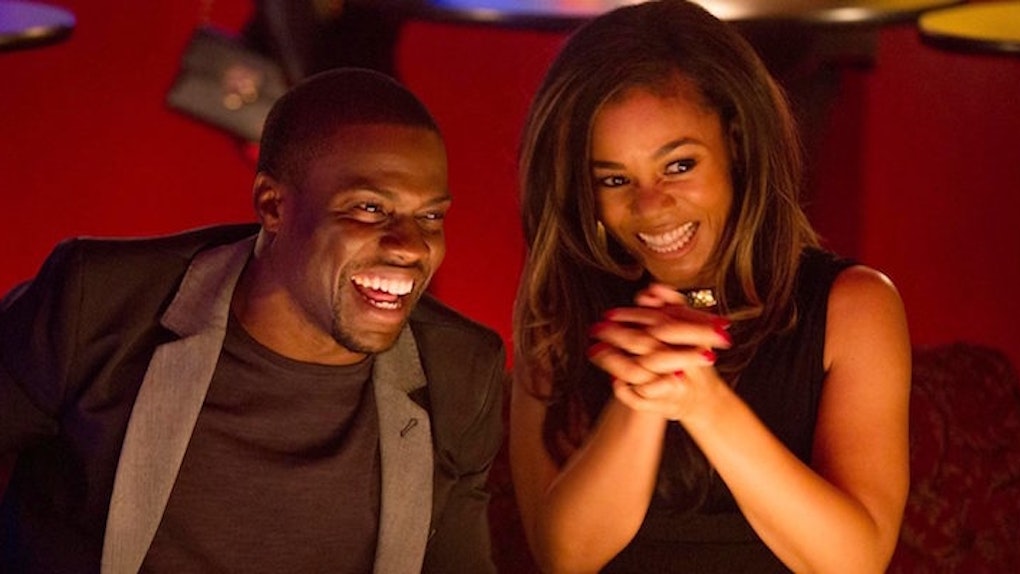 At this point in time, I’m actually six feet tall -- and, still, I tell people I’m 6’1”, for the same, equally pathetic, reasons.

For men, our height is certainly something to be self-aware of. It’s not like we get measured during our annual physical and hope we shrink a few inches this year. I mean, there aren’t too many women staking out the bar looking for the first 5’3” dude who walks by them so they can whisper in his ear.

Women want guys who are “tall, dark and handsome,” not short, pasty and unfortunate-looking. And it’s sad, because a lot of guys won’t get chances with women solely because of their height.

For all the women reading this right now, be honest with yourselves: How many of you have asked a guy “sorry for asking, but how tall are you?” on a dating app, or the Internet, prior to meeting him.

If height didn’t really matter to women, these types of questions would never be asked. However, if a guy were to ask a chick, “Yo, how much do you weigh?” -- before taking her out to dinner -- there would probably be an op-ed published in the New York Times by the time of the reservation. That man's comment would go viral on the Internet, and his name would be forever tarnished.

But that’s just one of the many double standards found in the dating world or, specifically, the world of dating expectations. And I’m not trying to downplay anything that ladies might be feeling or experiencing when out with an assh*le dude on a date.

Let’s call it both ways, though.

If we’ve been addressing and imposing our wrath against all types of “shaming,” we should probably be cognizant of the amount of “short shaming” done on a daily basis.

I know it sounds funny, and I know I’m writing this sort of tongue-in-cheek, but deep down, I’m being serious. Judgments based on appearance don’t vary in admissibility. Judging someone by his weight is not any better or worse than judging someone by his height -- or any other type of physical trait, for that matter -- despite how you feel about the subject.

In fact, if anything, height should be one of the least picked-on physical traits because we have no control over how tall we’re going to be! Weight, on the other hand, is partially genetic, but it also has a lot to do with your own choices. Our style, we decide. Hygiene -- that’s on us.

Also, I’m not sure why, specifically, women are apprehensive about dating a guy who’s shorter than them.

I mean, are they afraid they won’t have any strapping guys by their side to grab the discounted cereals off the top shelves of grocery stores? Are they worried about losing their husbands in a crowded room? Or are they just fearful their hubbies won’t be allowed on roller coasters with them?

I’m not sure, frankly.

But these are the questions that keep us up at night.

And while I don’t -- personally -- deal with this THAT often, I still see it plague the lives of many of my short friends. Put it this way: I’ve loaned out far too many work boots to my shorter friends, to try and give them an “edge,” before a night out, and it simply needs to stop.

If we’re actually going to make any progress in this society, it’s important we act with regard to the subjects we want to change. If we’re concerned about how we judge each other on the surface, we can’t pick and choose when it’s socially acceptable to do so.

I’m from the corner of the ring that believes we shouldn’t judge anyone -- man or woman -- before getting to know them personally. If we’re urged not to judge a book by its cover, or a chocolate bar by its wrapper, we certainly shouldn’t be judged by something as arbitrary as our f*cking heights for krissakes.