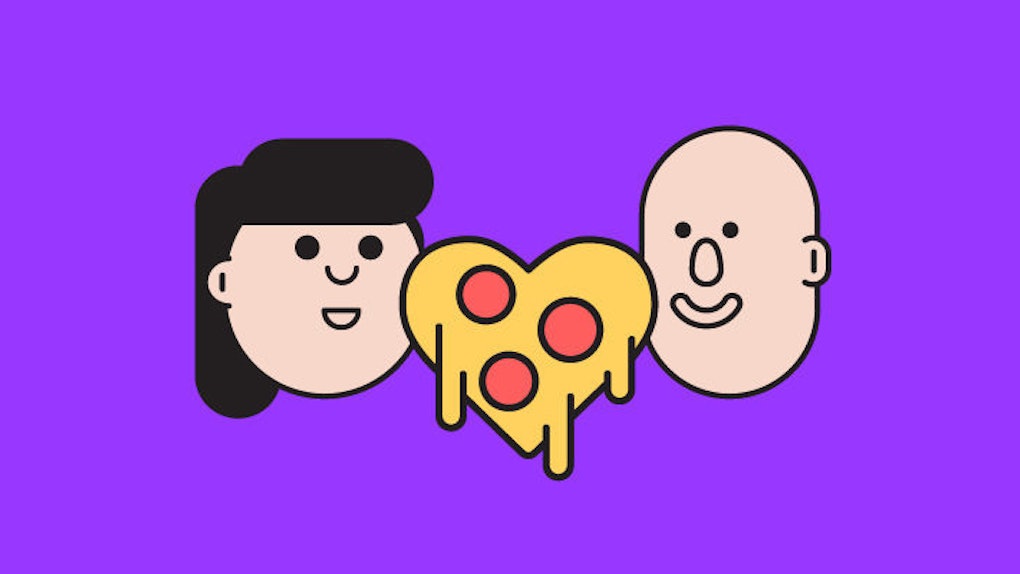 Couples Who Cook Together Have Happier, Sexier Relationships

I like to think cooking has brought me and the hot piece of man candy I'm dating (hi, bae!) closer together. There may not be a stove involved, but my favorite thing to do on Sundays (I mean, besides f*cking) is to make green juice with bae. I chop the veggies, and he feeds them into the juicer. We put on the Disco Biscuits and dance like crazy.

Yes, we're the whitest couple in the history of the universe, OK?

But there's something to be said for cooking together. More than the fact it's just f*cking fun. It brings you closer to your boo. If you're running out of date night ideas, look no further. You can cook something else in the kitchen besides food, and that is L-O-V-E. And hopefully you'll also get some D-I-C-K.

Cooking together is fun and therapeutic.

In a survey from HelloFresh of over a thousand adults, 485 men and 522 women, researchers found that 56 percent of Americans find cooking therapeutic. It doesn't really matter how you do it: simple or complicated, grilled cheese or filet mignon, just being the kitchen is calming. It's like taking a bubble bath without getting wet. And we all know b*tches hate getting wet.

You're doing something with your hands. You're creating something. You're putting on your favorite tunes, firing up the stove and letting your worries melt away. It's really f*cking chill. And YOU GET TO EAT AFTERWARDS.

The findings from the survey also note that "about 30 percent of Americans say cooking an enjoyable meal is more satisfying than sex and almost one-quarter cook to seduce a companion." So if you cook with BAE, it's even BETTER.

A person who can cook is HOT.

Cooking is as sexy as it is practical. I think we can all agree that a person who can cook straight-up gets about five points on the hotness scale. Big dick and skilling in the kitchen, I always say. And by "always," I mean I literally just said that right now. But I digress.

Couples who cook together stay together. Give me a man who can cook me a steak dinner, and the panties are coming off. And I know you b*tches agree with me. When I asked my girlfriends to give me the top five skills their ideal man would have, literally every single one of them named cooking among them.

When bae is in the kitchen, I'm getting turned on. OK, yes, I'm always turned on. But if there is an actual stove involved, Mama is gonna pounce on that sweet D. Ya feel?

If you can use your hands in the kitchen, you can probably use them in the bedroom.

Couples who cook together have more sex.

According to research cited in the Washington Post, couples who share housework -- like cooking -- have more sex. And sex is a critical component to a healthy, lasting relationship. If you want to secure a satisfying sex life, you should consider picking up a spoon. If you're cooking together, you're going to be f*cking more. Sold yet?

Cooking saves you money that you can spend on other activities.

Cooking saves you a lot of money. If you buy groceries and prepare your meals for the week instead of shelling out 12 bucks a pop on lunch, you'll see a vast improvement in your bank account. I've wasted so much f*cking money buying burrito bowels at Chipotle when I should have just been cooking. That's a whole other story. Not to mention all the times I've f*cked up by buying food and then throwing it out. There is nothing more depressing than tossing the beautiful celery and strawberries I bought to snack on because the f*ckers grew mold. R.I.P., delicious snacks.

The HelloFresh survey found that millennials are losing around $45 just by throwing away food. So, y'all, we have to cook to save money. Plain and simple. And those Benjamins will add up and can be used for rewarding activities, like travel.

Studies have shown that people who spend money on experiences are happier than those who spend it on things. So if you can travel with your partner and collect memories together, you're on the right track for a long-lasting romance.

Cooking together helps you communicate.

An essential ingredient in any relationship is communication. You have to talk to each other, face-to-face to nurture pair bonding and work through your problems.

Research from the Gottman Institute suggests that couples that communicate poorly are virtually doomed to breakup. If you're not talking to each other, you're f*cked.

Cooking together is a great way to create an opportunity to connect really with one another without any pressure. You each have tasks -- like chopping, or mincing -- and can catch up on each other's lives. It's an activity that that fashions a neutral place for the two of you to build up your relationship.

I like to take my aggression out in the kitchen. I don't know, maybe if I chop with enough gusto, I won't chop bae's dick off. JK. Kind of.

Cooking becomes less of a chore if you do it together.

What better way to make chores more bearable than doing some of the bigger ones together?

Research from UCLA, outlined in The Atlantic, suggests that couples who have a system to assign each person's duties for household chores have happier relationships. And cooking has historically been a female responsibility, but attitudes have changed over time. According to the HelloFresh survey, 85 percent of Americans say that cooking is the responsibility of both partners in a relationship.

So, cook together, learn to enjoy the activity and be the mother*cking feminist(s) you are. EQUALITY IS DOPE!

HelloFresh's survey found that Americans believe the ability to cook to be as much of a turn on as having a nice body. Cooking really is super f*cking sexy.

If you're trying to get some ass, I'd definitely suggest starting in the kitchen. If your partner sees you cooking, that's going to make them want to f*ck you. Why? For two reasons: The way to any person's heart is through the stomach, and cooking shows you care.

If you feed someone AND show him or her how much you are AT THE SAME TIME, what could that lead to other than sex? Nothing, that's what.