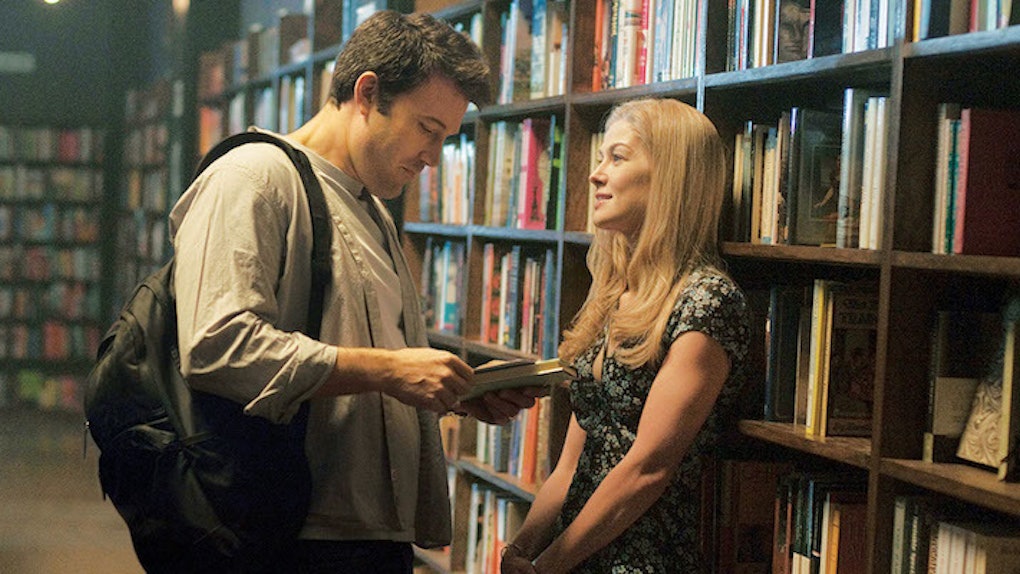 Let's get one thing out of the way before we get going here, because I feel like the title of this article could give you the wrong impression. I'm not advocating for lying to the people you go on dates with. This is not an article with advice about how to hide things from people.

Even though we're talking about withholding secrets, (Some may call that lying, but more on that in a moment.) that doesn't mean it's OK to do it.

As you'll see, there are reasons behind why we all have secrets that we withhold. Some secrets are bullshit, some are sad, some are embarrassing and some are private for the simple reason that they're none of your business.

The idea for this post came from a friend — let's call her Greta because no one under the age of 97 has that name — who is a pretty skilled Googler. After two increasingly positive hangouts with a guy she had begun to really like, she felt the need to “keep digging.”

For generations past, only those in investigative journalism ever uttered phrases like that. However, today we all feel that need, and sadly, the internet and Google are all-too-happy to oblige.

What follows are a bunch of secrets that your date could find out about you, and what you should do when you're caught:

You're married... or at least, you were married very recently.

Greta discovered this particular secret by simply googling the guy's name and where he said he'd bought a house. From there, she was able to find, among other things, the names the house was purchased under and a website for his dad's obituary, both of which mentioned his wife.

As it turns out, this guy had been separated from his wife for nearly a year at this point and simply didn't feel comfortable telling my friend, fearing it would scare her away.

One might rightly argue that having someone discover your secret on their own is even worse than just telling the person yourself.

Regardless, how he handled it is exactly how it should always be handled (you know, outside of simply being upfront during one of two five-hour dates): total and complete honesty.

Greta called him out, and he responded, not by ducking or dodging, but simply by coming clean and explaining why he'd kept it from her. And most importantly, he told her if she ever had any questions about it, he'd be an open book.

Your parent or sibling recently passed away.

This may not seem like a secret, but as someone who lost a parent fairly recently, it is something I think about regularly on dates.

While I've never been “caught,” I'd imagine this, too, is another easy one for a potential date to discover. A simple Facebook search and dig can reveal any number of pictures, posts or comments revealing the loss of a loved one.

Obviously, it's not something to ever be embarrassed about, and I've only kept it from women on dates because I don't want them to feel uncomfortable.

On the other hand, how many times can you consistently refer to your mom in the past tense or to your parents as simply “my dad”? At some point, it has to come out.

When it does, either by force or by choice, my method has been to simply state it as fact and calmly say I'm happy to talk more about it, but at a later date.

You don't have a job.

This one is really simple to figure out and is my preferred method of date-creepin', frankly: LinkedIn.

There are a ton of reasons why you might not have a job: You're a bum, your company downsized or you're making a long-overdue career change and in a transition phase. Conversely, there's really only one reason you'd hide it from your date: Ain't nobody trying to go out with Ray-Ray's broke-ass no more.

When caught, you should explain why you don't have a job and, most importantly, what you are working on next. Maybe you took time off to take that trip you always wanted to take, you're thinking of going back to school or you finally realized your own worth and quit that pathetic job you had.

One way or another, this is an easy one to explain with honesty and come out on top. But if you're a lazy bum, all bets are off.

You live at home with your parents.

This one also happened to Greta. Finding this out is typically a bit more difficult than the previous secrets because you're generally not posting photos of you and the 'rents having dinner on a weekday. (Tuna Casserole, bitches! Mom is holding this shit DOWN tonight!)

What you do in this situation, as always, is come clean. Explain why you moved back after your most recent relationship left you in shambles or how you just got out of business school and wanted to save a little money so you could live some place nice.

As you've seen, there are some common threads here.

First, everything you post on the internet doesn't disappear. Don't be a ninny. That shit never goes away, so unless you're OK with anyone and everyone finding it, don't post it.

There are also some things you don't have to share. My mom would always say simply not divulging the full truth is a form of lying. And while she's right in some cases, that sort of lying is perfectly acceptable other times.

Dating has enough pressure — meeting strangers; trying to say the right thing and get them to like you; imagining what they look like naked and being charming, funny, upbeat, personable and creative with date suggestions and texts. It's truly a lot to balance.

We all have skeletons in our closets, and that's nothing to be ashamed of.

We all have skeletons in our closets, and that's nothing to be ashamed of. How and when we disclose them, however, is really up to us (or when you get caught).

At the end of the day, though, honesty is the best policy if and/or when you get caught. If the person you're dating is even remotely balanced, like Greta is, they'll understand.

Unless, of course, your secret is that you murdered someone. Then, maybe don't date anyone just yet. Maybe just keep the honesty part and turn yourself in.