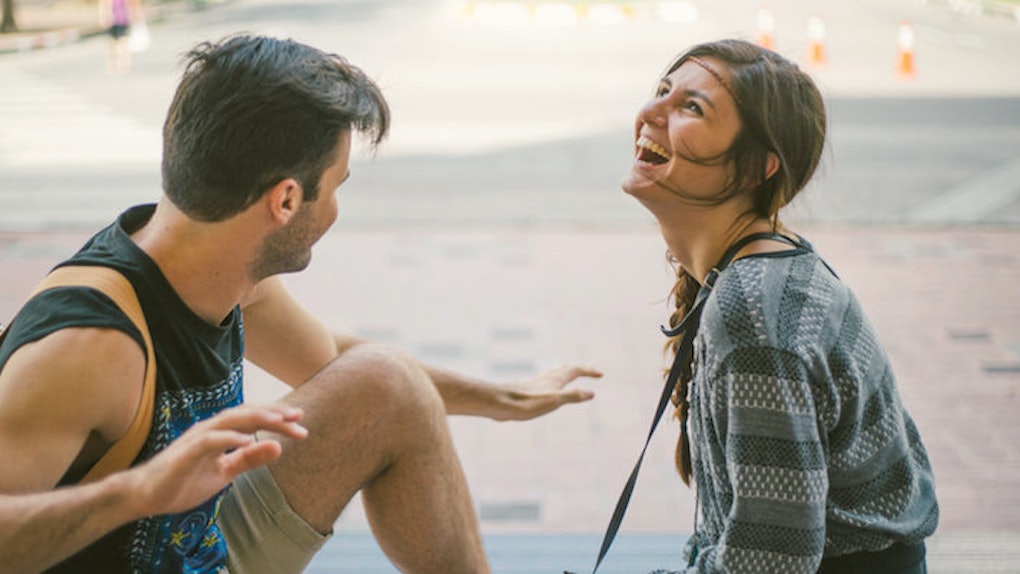 Why You Should Date A Girl Who Speaks Another Language

She’s complicated, she’s complex, she’s intriguing. She’s great to bring to parties and even better to introduce to your parents. She’ll guide you through the mountains of Switzerland and the streets of Paris. She’ll take you to Brazil and order you the most delicious things on the menu. She’ll take you flamenco dancing in the gypsy caves of Spain and uncover hidden spots of Germany. She’ll visit you in Turkey and yell at the taxi driver for driving too fast.

She’s regal, defined and sophisticated without being arrogant. She’s complex and never ceases to surprise you. She’s well-versed in culture and art and can hold a conversation with nearly anyone of any age. She’s more beautiful on the inside than on the out. She challenges you and amazes you and gives you a new reason to be in awe of her every day.

She’s the girl who speaks another language.

She’s a rare breed that’s dying out as women choose learning to twerk and cook over learning to speak (not that you can't do all three). She’s a unique and different type of woman who you don’t come across very often and when you do, you know not to let her go. She’s one of the few women who uses her brain in a different way than anyone else and can hold at least two dialects in her mind at one time. She’s impressive without being obnoxious and won’t overshadow you, but enhance your life.

For the woman who speaks another language holds much more than a versatile tongue, but a mindset that can only come from being able to inhabit two cultures, or more. It’s the epitome of grace and style as she’s able to converse with people you can’t speak two words to. She’s learned how to live another life, accept the culture and the habits of another world and can fit in just about everywhere. She enjoys strong Turkish coffee and spicy Mexican food. She has a flair for the dramatics and won’t live a life that’s not surrounded by art and culture.

She’s the woman who spends her time understanding cultures and doesn’t need to watch a movie with subtitles. She likes to be different and thrives on new places and situations. She will always find a great spot to go and never gives up when the going gets rough. She’s the most exotic, wonderful and cultured person you know. She's not like any girl you've ever met.

She’ll take you around the world without ever leaving the house.

She’ll teach you things you couldn’t learn from anyone else.

She can read you texts in their original language.

She’ll be the hottest thing you’ve ever had in bed.

She’ll introduce you to new things and new places.

She can be your tour guide in life, love and anywhere else.

She’ll curse you out in another language and apologize just the same.

She knows how to go with the flow and is down for anything new.

She is filled with knowledge and culture.

She knows how to use her tongue…

She doesn’t get turned off by those who are different or foreign.

She has excellent taste in friends.

She know how to express herself because there’s always a better word in a different language.

She’s smarter than your average chick.

She isn’t bothered by trivialities.

She’s seen the best and worst of another world.

She knows how to get what she wants.

She will never cease to amaze you.

She is passionate without being overbearing.

She’s tried just about everything and still wants more.

She’s the most interesting girl you know.