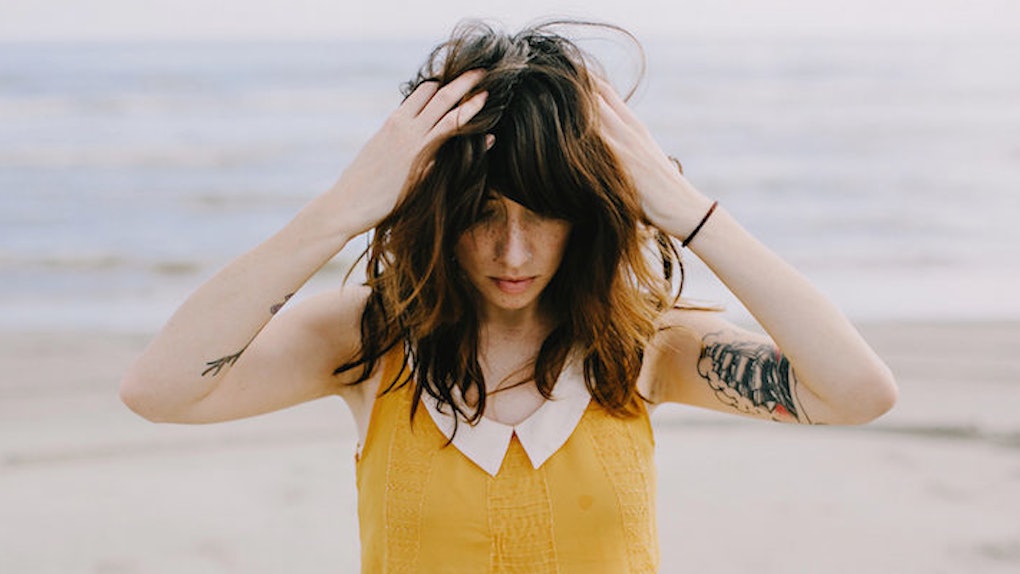 Men can get away with being a lot of things, sure, but the one thing women won’t stand for (and trust me, we put up with a lot) is when men are f*cking boring.

You know who the boring guy is. He's the guy you went out to dinner with once and by the end of your first glass of Pinot Noir, you came to the shattering realization that there is a kind of guy worse than the hot dick: the hot guy who's boring as hell.

He's the guy with nothing to say. His knowledge and opinion of things are as limited as his interest in them. He has no real ideas or values; he just regurgitates bullsh*t you've already heard before.

He has no ambition or drive. He doesn't have grand theories and conspiracies about life and death. He has no fight in him, no spirit and no tenacity.

He's the guy who makes you wonder if maybe you were too harsh on all the dickheads you threw away.

I'll always take an assh*le over a square. I’ll take a sh*t in the pot over nothing. I’ll take a guy who's going to bring me to tears over one who's just going to bore me to them.

The reason we chase guys, dream up relationships and pine for people we can’t have is that it distracts us from our boring day-to-day. The real reason women date assh*les is that they're bored.

They're looking for an escape from the mundane, a respite from the usual. Our relationships are supposed to defy our boring workweeks and average nights in.

For all the men out there who feel like they’re being upstaged by the assh*les, maybe it’s not the nice guy complex; maybe it’s just you.

Be a human and be real with me; open up to me.

Assh*les might make you cry, but at least they won’t bore you to tears.

There is no worse feeling than emptiness. I’d rather be sorry than hollow. I’d rather be enraged than unaffected. Boring men do not ignite any type of feeling, any idea or any thought.

They don’t elicit anything from you, nor give you anything in return. Assh*les at least give you feelings and feelings are always worth something.

Assh*les talk out of their ass, but at least they’re actually talking.

We’re all more comfortable with chatter than silence. Chatter is engaging and comforting. People who know how to make chit-chat, even if it’s not your favorite kind, are better to have around than someone who doesn’t know how to engage, human-to-human.

One distinct advantage the assh*le has over the bore is his ability to produce a reaction.

Assh*les will screw you, instead of making you screwy.

Assh*les might f*ck you over, but at least they’re doing something.

You know what I’m talking about -- those boring boys you think are playing games but find out soon enough they literally just have nothing to say and that’s why they’re not texting.

There’s no confusion with the assh*le, you know what he is and you accept it – many times for the good sex.

Assh*les always add, instead of taking away.

They might be the worst people ever, but at least they're worthy of a fight.

Assh*les have a function, not just as a body.

Their function is to annoy you, poke you, get under your skin. They're there to make you stronger and more capable of handling pain. They teach you about good guys.

Boring men have no function. They don't teach you anything nor do they produce any type of response. They're stagnant.

With the assh*les, you're always on your toes. With the boring men, you're just looking for something to jump off.

Yes, the assh*le might make you sad and upset sometimes, but at least he's keeping you entertained.

When would you end a relationship? When it's gotten difficult or when it's boring you to tears? Most of the time you still want to try and figure it out. A puzzle to be solved is better than no puzzle at all.