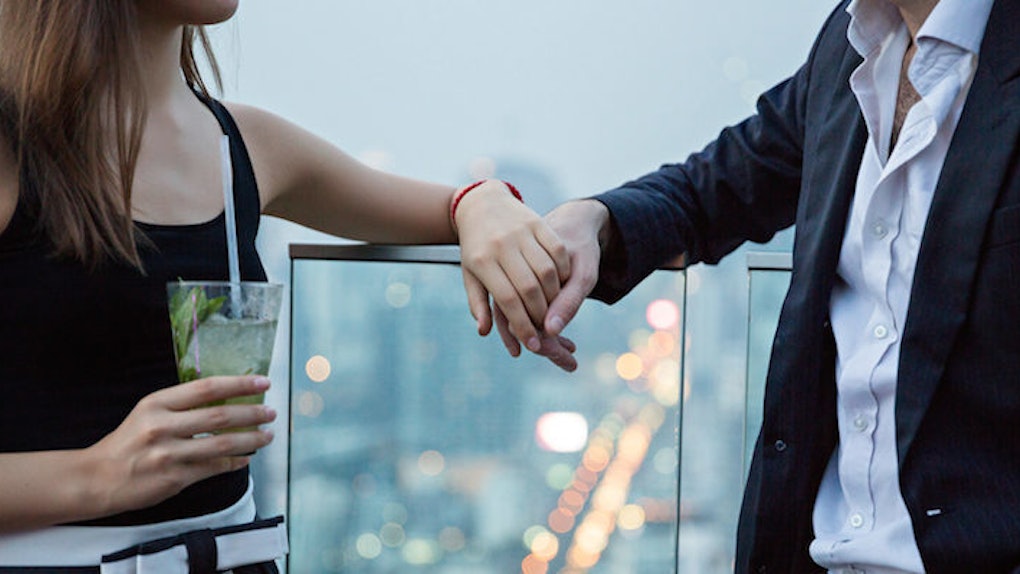 When It Comes To Love, We're All Cynical...Until We're Not Anymore

How many times have you said to a girlfriend, “All the men in the world are the worst, and I’m not dating anymore. I’m fine being single,” or some variation of that sentence?

We’re all so cynical about love. We don’t want anything to do with men. We’ve been burned too many times. We just want to be single for the rest of forever. We love being single. WE. LOVE IT.

That is until we’re not single anymore.

We’re a broken record. We’re consistently telling ourselves we’re happy with our solitary existences until someone comes along who wants to fill the void.

If anyone shows interest in us, we cast aside our “hardened view” and jump at the opportunity to be taken.

We’re all just a bunch of f*cking liars, aren’t we? I will totally admit I have done this and will probably continue to do this for the rest of my life.

It’s all such a cliché. We’re autonomous females until we find a guy we like. Then, we’re just stupid girls, desperate for attention and love.

We feel things, and we feel them hard. We’re hormonal, we’re emotional, and YES, f*ckers, we're kind of crazy.

We ice guys out when they aren’t giving us enough attention. We drop everything we’re doing to spend time with them. We do stupid sh*t to try to impress them.

It’s embarrassing. We’re all so cynical… until we’re not.

We’re all guarded... until someone breaks through our defenses.

The walls are up, and we hold on to them tightly. We aren’t willing to let anyone in… until we let someone in. If we like a guy, he breaks down those defenses as if we’d made them out of sticks and clay.

We’re hard, and then, once dipped into the sea of love, we become soft like we’re made of paper.

We’re so protective of our hearts, and yet we give them away freely the moment we become even slightly attached. We all pretend we’re so strong, but none of us are really impenetrable. It’s all just a game we play.

We’re all intimidating... until someone scares the crap out of us.

We’re so scary. We walk around in our high heels and own life and the boardroom like it’s nobody’s business.

We’re fierce, and we’re powerful. We don’t need anyone but ourselves because, as Gloria Steinem said, “We are becoming the men that we want to marry.”

Until, of course, we find a person we want to be in a relationship with. It’s like we cast aside all of our independence in favor of the heart. Like, why?

A guy comes into our lives, and BAM, we’re suddenly afraid of being scary because we don’t want to scare him away. Suddenly, we’re stereotypical females.

We’re checking our phones every five minutes, panicking over a text we haven’t received. We’re fretting to our girlfriends about being afraid he doesn’t “like us enough” instead of being excited about the raise we just got.

Being a woman is f*cking awful sometimes. Why do we all have to suck this much? I didn’t ask for this.

We’re all disenchanted... until someone charms us.

We don’t want Prince Charming because we can save ourselves. We don’t like romance. It irks us out.

We make fun of our girlfriends who are in steady relationships because they only seem to have time for BAE and never any time for us.

“Oh, Lilly is missing brunch again? It’s so lame how she got a boyfriend and just completely abandoned her friends,” we snidely say, as we sip on our third mimosa.

We chastise the girls who never leave their lives open for their friends until we’re the ones who are shutting our friends out.

We’re all too busy to make time for dating until there’s someone we think is worth our time… and then, they get priority over ALL of our time.

We love being single. We’re GOOD at it. We value our freedom and not having the need to please anyone but ourselves. We aren’t looking to get wifed up. We’re happy just the way things are.

Then, the second we get into a relationship, we forget all of that self-love and contentment. Instantaneously, we’re transformed from satisfied single women into needy little girls who crave attention.

Even when we’re in bad relationships, we hold on because we’ve FINALLY found someone.

None of us are looking to settle down. None of us want to get caught… until we find a boyfriend. Once we’re paired off, we can’t even remember what it was like to be alone. We dread the thought.

We’re all jaded... until someone breaks the mold.

There are no more good men out there! Start freezing your eggs immediately! You can all go home, ladies. It is over.

We convince ourselves we don’t want boyfriends because we just can’t even stand the male population. Women and gay men only, please.

Love is so trivial. Why would you ever want to put up with a guy for an extended period of time? Ain’t nobody got time for that. We’re all skeptical until someone shows us that good, good loving.

Love is stupid until we find love. We reject it, and then, we are systematically consumed by it. It’s so tragically unimpressive.

We’re all downtrodden... until someone gives us a reason to feel lighthearted.

Then, love comes into our lives and everything changes. Life takes on new meaning. The mundane becomes new again. There is new color breathed into the world around you.

We instantly forget about everything that is wrong with the world. Everything is perfect because we’re in love. Who cares about hate crimes and global warming when you have a boyfriend?!

This whole love thing is a f*cking sh*t show. Down with love! Oh, look! A cute boy! Must go! Bye!