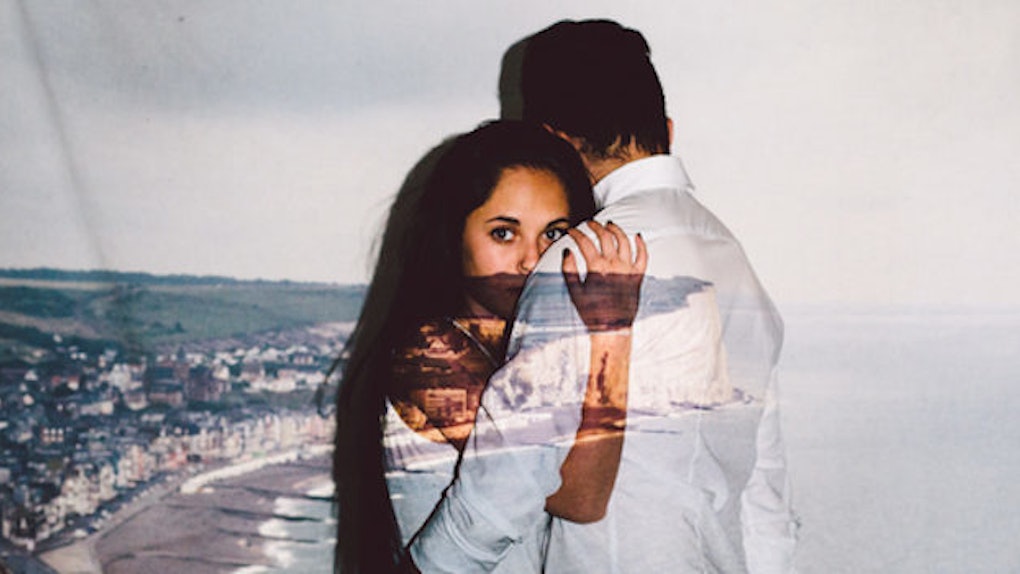 When It Comes To Love, Are We Cynical Or Are We Just Being Realistic?

But I'm approaching 25th birthday and have never been in a real relationship.

There’s the romantic comedy featuring the working girl “too busy” with her career to find -- let alone keep -- a man.

There’s the guy who has a different sexual partner for every day of the week because he’s “too cool” to entertain the idea of a label.

There’s the Taylor-Swift-channeling girl, who dates only men serious enough to build a future together... until she wakes up and realizes she hasn’t been on a date since 1989 (wink, wink).

No matter our personal circumstances, we all seem to have something in common: We’re prioritizing doing X number of things over maintaining romantic relationships.

We've redefined what we consider to be a "healthy" relationship. It's no longer one that makes us the most honest and whole versions of ourselves. Instead, it distances us from our true selves.

Why are we swiping hundreds of people left and right instead of standing still with just one of them? Why are we ending things before we’ve even given them a chance to begin?

All signs point to one answer: Cynicism has become our new reality.

Somewhere along the line, quantity has trumped quality. We now care about how many sexual partners we've had ("What's your number?") instead of paying attention to the content of their personalities.

We've begun to spend more time on self-improvement instead of working to sustain a connection with someone else. Our views on everlasting love have shifted; we’ve moved further from idealism.

Millennials are the first generation to have watched others in relationships (our parents) leave in the wake of dissatisfaction. Divorce is acceptable.

Our parents have demonstrated that it’s okay to end something that makes us feel even a little bit unsatisfied. We've become the first people in history to have complete reign over how committal -- or non-committal -- our romantic lives will be.

It would be unfair to point fingers at one group of people, because the evolution from idealism to cynicism in romance has been gradual. We can't blame only women or only men; everyone has low expectations and are at risk for disaster. It's everywhere we turn.

We’re so afraid of being rejected that we’ve become too quick to reject.

Pretending to hate everything is the norm today. Doing anything else means that you're weak.

After rejecting the first few men I dated, I began to notice a pattern. I would go to a guy's apartment at night and leave before he woke the next morning.

I’d call him out on his imperfections before he had the chance to call me out on mine. Not knowing if he intended to cause me pain in the future, I committed myself to a plan of resistance.

I felt high and mighty, but I knew everything was just a game. My mask wasn’t transparent enough for him to see through, but I saw what I was up to.

Commitment is now for the faint of heart. An unwillingness to commit seemingly proves internal strength. The more armor we put on to shield our feelings, the more badass we get. Or so society thinks.

We’re afraid of feeling hurt, so we settle for superficial pleasure.

Fool me once, shame on you. Fool me twice, shame on me. When we wear our hearts on our sleeves, we expect those feelings to be reciprocated.

But after having experienced emotional rejection a few times, we begin to develop an acquired taste for it: Somehow, we begin thinking of sexual pleasure as the only kind of pleasure necessary.

Why trust someone else with your feelings when you don’t know if he’ll be able to value them forever? We’re ashamed of just the possibility of feeling shame, and so we've replaced it with apathy.

We train ourselves to separate emotion from sex, and we’re genuinely surprised when someone isn’t just looking to get physical.

We can’t bear the thought of being unfulfilled, so we rely on self-fulfilling prophecies.

Impelled by fear and lack of faith, we create unremarkable destinies for ourselves. When we undergo one unsuccessful relationship, we begin to understand that we're not bulletproof. We dread a repeat.

The problem is this: When you expect to be hurt, you treat yourself as worthy of becoming hurt. Your attitude invites your greatest fear.

We refuse to be products of our environment, so we’ve made ourselves part of the equation.

There is nothing scarier than a controlled situation that veers off the path. When our projected plan changes, we blame ourselves for not predicting the fallout.

No one is omniscient, but we have difficulty accepting this.

Cynicism has made us our own worst enemies, and there is nothing romantic about that.