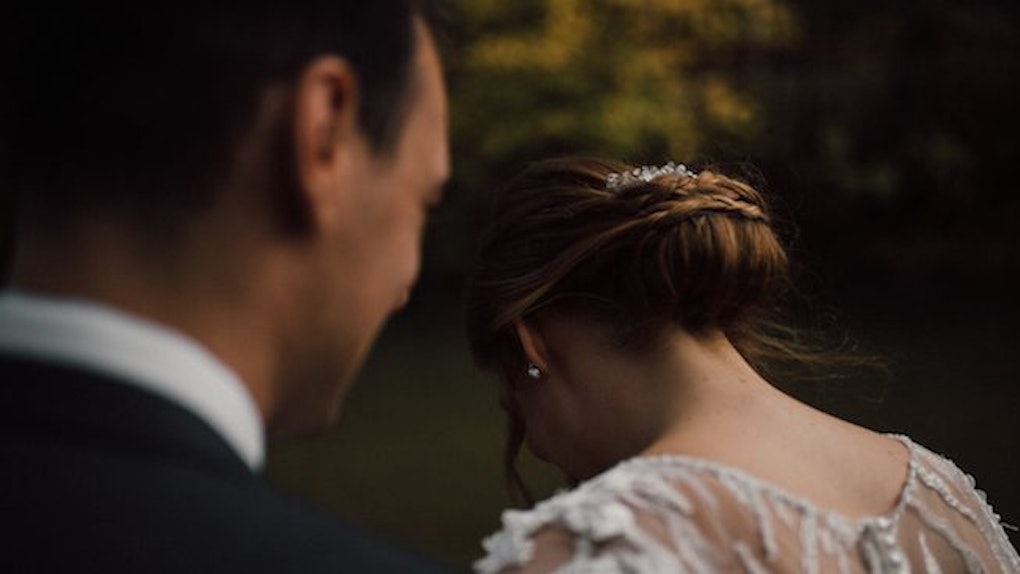 Couple Had Surprise Proposal & Wedding In Front Of Family & Friends

On a trip to Martha's Vineyard in the Fall, Jen brought up a fantasy of hers to have a surprise wedding. "We were having a conversation about weddings and marriage, and I brought up that I thought a surprise wedding would be fun, an idea that I had always kept hidden away for obvious reasons, but also because I had never dated anyone I thought would be interested in such an out of the ordinary thing," she wrote on How He Asked.

Matthew was all in. He even suggested they frame it as a surprise 30th birthday to really fool all the guests they planned on inviting — but this was all in the fall. By winter, when Matthew brought it up again, Jennifer was ready to actually do it. According to her, she asked if he was serious about it, and he responded, "If you're serious, so am I."

So then, it was go time.

The plan was to invite everyone to Jennifer's "surprise party" by the John Weeks Bridge on the Charles River in Boston. Their friend Nicole was the only one in the loop and warned them that everyone was suspecting a surprise engagement.

At the bridge, Matthew got down on one knee for the fake engagement (the two were already engaged by this time), saying, "Jennifer Michelle Gilpin, will you be my partner in life? Will you marry me?"

She said yes, the crowd went wild, and they all totally bought that it was the main event of the day. But then, they had to prepare for the next thing no one saw coming.

At this point, Jennifer and Matthew's hired photographer, Timothy Burke Mannle, tried to get the crowd off the bridge and back to the Cambridge side. According to Jennifer, the process "took time and a few 'get off the damn bridge' moments to get everyone in place."

When everyone finally was in place, the couple had no real game plan for what they were about to do.

"We discussed a few ideas on how to drop the mic, as they say," Jennifer explained, "But there was no rehearsal, no walk through, we had to make it up as it happened depending on the reaction the crowd."

Their friend Kimi had tied balloons to a lamp post, and that's where they walked toward to pull off the ultimate surprise. Jennifer then grabbed the balloons on the lamp post, and Matthew began to untie the black skirt she had on over her wedding dress. At this point, they had successfully executed it. "I let the balloons loose and almost as we planned it, people's eyes followed them up and up and up and when they looked back I was all in white… and at this point people's faces went blank."

After their guests picked their jaws up off the ground, Jennifer and Matthew celebrated a beautiful ceremony together, followed by a fun reception filled with family, friends, food, and cocktails. According to Jennifer, it was "truly an amazing and loving experience."

Watch the beautiful couple's epic surprise wedding ceremony for yourself below: