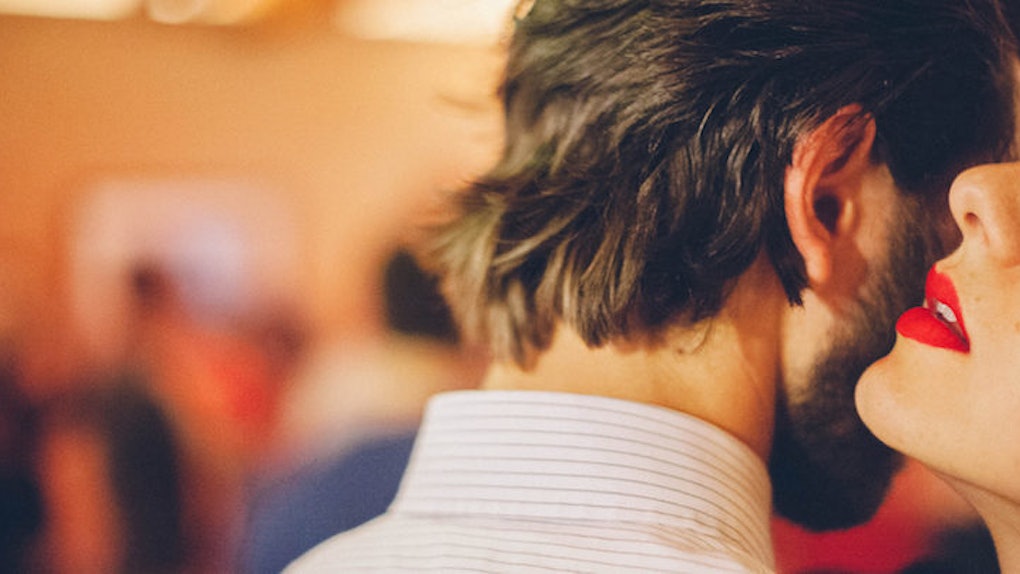 Being cheated on used to be my biggest fear. I had a phobia that it’d happen to me, and sure enough, it did.

The first time it happened, I was 15, and my boyfriend was caught making out with another girl at a party.

Since that was my first relationship, it set me up for an unstable future.

With social media and smartphones, I quickly came to realize that maybe my boyfriend kissing another girl wasn’t the only way he was cheating on me. I’d look at his text messages and his Facebook messages, and there’d always be conversations between him and other girls.

He wasn’t sleeping with them, but he was regularly engaging with and wanting someone else besides me.

After I forgave him, we spent three unstable years together. As as luck would have it, the same girl he made out with before was the one who ended our relationship.

I saw a text from her saying, “I love you too.” That was my final straw.

My first relationship taught me one thing: Everyone cheats.

My next serious relationship wasn’t much better. He had just turned 21, and seemed to spend more time drunk than sober. I’d wait until he was passed out drunk, and then would pick up his phone and look through it. Again, he had been telling multiple other girls he wanted them.

One time in particular, he purposefully didn’t invite me out with him, and ended up sleeping at another girl’s house. His story concluded that he “had to drive her home.” He said he did absolutely nothing and slept on her couch.

It wasn’t until two years later that he accidentally admitted to kissing her, which quickly made me realize there was probably more to the story he hadn’t told me.

All along, the girl had told me a completely different story, telling me how they hooked up and I was pathetic if I didn’t believe her.

But who was I supposed to believe? The random stranger who was cruelly Facebook messaging me, or the boyfriend who I trusted and had been dating for almost a year?

Regardless of whether they hooked up or not, my boyfriend pursuing another girl while dating me was completely unacceptable.

I understand that guys and girls are allowed to be friends, but the reality is the “friend” line is crossed far too often.

So why do we do it? Why do we feel it’s necessary to have options? Why can’t we settle with just one person?

Is it the easiness of conversation that social media and cell phones bring? Or is it an insecurity we have within ourselves?

The lack of respect, honesty and trust in all of my relationships have created problems. Ultimately, I stopped trusting people...particularly men.

I felt like I was always “just an option.” No one made me feel secure and whole. It wasn’t long until I found myself wanting to talk to other people, wanting to text them, wanting to pursue them.

I want to be madly in love, to the point where the thought of being cheated on is far removed from my mind. I want to know the girls my future boyfriend talks to are actually just his friends. I want to know I’m completely and fully wanted. I want to know I can pick up his phone, or look at his social media, and know he’s not hiding anything from me.

And I want him to know all these things about me.

I want to know that I, by myself, am enough. And that we, as a couple, are strong enough to never let our love fail.