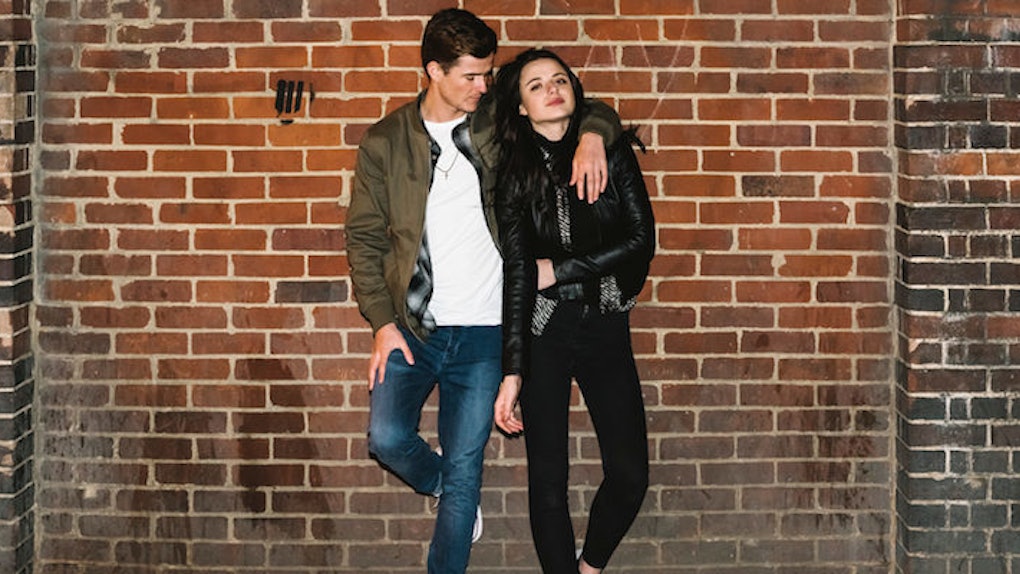 How To Weed Out Potential F*ckboys With One Simple Test

Recently, my friends and I were in the throes of a discussion about men.

(Weird, right? We never talk about men, dating or relationships.)

While we were describing a wonderful man who had major boyfriend potential, we inadvertently stumbled across what could be an easy litmus test to weed out the shady dudes and f*ckboys.

When you're weighing the pros and cons of a gentleman who could be your next bae, ask yourself the following question: If he were to be MIA for six whole hours (during the day, so him being “asleep” isn’t an option), where would your mind go?

Would you be sitting in a pit of angst, accompanied by some wine?

Would your shaky hands be refreshing all social media apps, second after second, for some sort of clue?

Would you be hoping he was dead or at least severely injured?

Would you suspect you’re being ghosted?

Or, would you have zero worries about his whereabouts?

Would you immediately assume he was with his dad, or he lost service on the golf course?

Would you just know he would call as soon as possible, and he was doing nothing shady at all?

That, right there, is how it should be. If you assume he's not doing anything wrong at all, that means you trust him.

Of course, in all relationships, trust is pretty much key. Correct?

The men who give you high anxiety that can only be cured by alcohol and a mild, over-the-counter sedative are the f*ckboys and the shade balls.

We have all been there, done that and dated them anyway.

We’ve dealt with being treated badly, and we've continually had to deal with broken trust in relationships.

It seems to be the status quo of dating nowadays.

We choose these guys.

Yet, we all complain about being single and the lack of actual decent men left in our dwindling singles' pool.

If we are really over all these idiots, then the six-hour test is a pretty damn great way to judge whether or not a potential bae is a f*ckboy secretly masquerading as a good guy.

Let's take a closer look at this.

If a f*ckboy goes MIA, your mind starts going over all the possibilities about what the eff he's doing and why he can't bring himself to answer his phone.

As you try to talk yourself off a ledge of worry and destruction, panic overcomes you.

After about five unanswered texts and three calls, you think you physically can't bear this anymore.

You already know you look batsh*t crazy by now, so what's one more text or call?

These f*ckboys are a dime a dozen. They’re all alike with their attention-seeking selfies, cocky attitudes, effortless late-night texts to “come over” and thirsty Snapchats.

The current douchebag who is ignoring you is like all the rest, which brings back some memories you’d rather forget.

You take a journey down memory lane and contemplate the f*ckboys you’ve dated in the past, the insecurities you still have from those not-so-lovely experiences and the bitter memories of being let down and screwed over by them.

How much more of this sh*t can a girl take?

You will now find yourself hoping, praying and even begging God and the universe to throw you a bone and send a good dude your way.

Will you ever be able to find someone you trust that much? God, we hope so.

In a relationship, you should never have to worry the man you gave your heart to is ignoring you for hours on end because he's doing something that could hurt you.

Having trust in a relationship enables you to actually be happy and worry-free.

F*ck the shady dude who surely makes decisions based on who will entertain him whenever and wherever he so wishes.

Hold out for the one who passes the six-hour test.