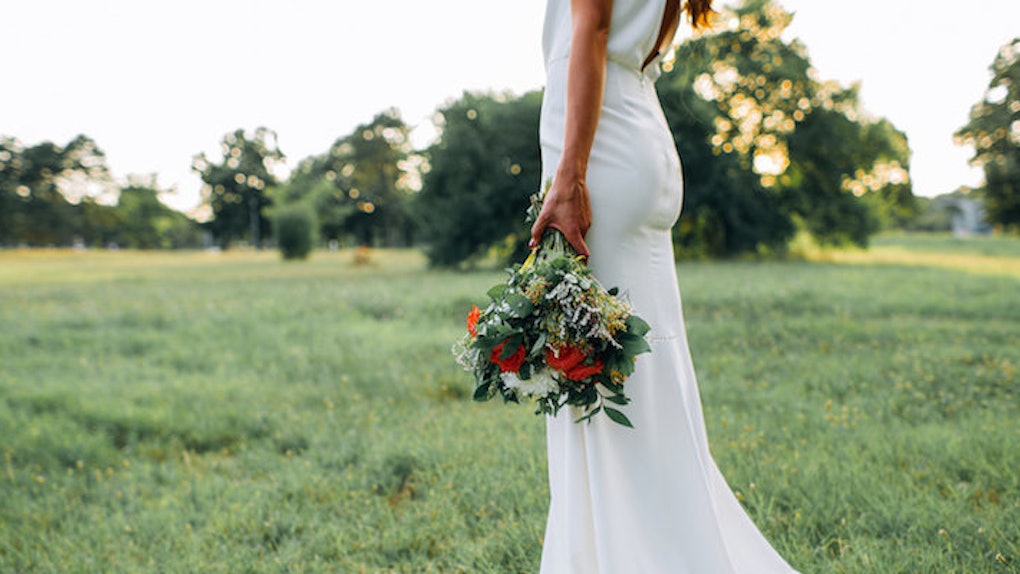 No matter how much thought and planning a person puts into his or her wedding day, one thing someone can't possibly predict is the chance of being left at the altar.

Some brides and grooms find themselves dealing with a case of cold feet weeks and even months in advance, calling off the wedding before their guests fly in from all over the world to be there and celebrate.

But some wait until crunch time. Some wait until all the guests have arrived and are seated to suddenly feel like what they're about to do isn't right.

If you're wondering what makes a person decide to become a runaway groom, read on to hear why these nine grooms left their brides at the altar on their wedding days.

Man, it sucked to realize this at the final hour, but right before it was time for the ceremony to start, I just got hit with a wave of realization that the person I was about to marry wasn't the right person for me. She just wasn't it. I was settling. Weddings are expensive, I knew that. But divorce would be more expensive. It took me 15 minutes to realize this and then run out of the place. We never spoke again.

2. I Was Seeing Another Woman

It was a dick move, but I did have a girl on the side. Nothing serious or anything, but right before the wedding, the bride's cousin caught me kissing this other girl. The other showed up at the hotel, I don't know why. The cousin said I had to tell the bride or she would. I declined and just decided to leave and not get married. I'm not even talking to the other girl anymore, so I'm back to square one.

3. Her Dad Talked Me Out Of It

The morning of the wedding, I went golfing with my groomsmen, my dad and her dad. Her dad sat me down and gave me one of those stern talks about how he would come after me If I ever did anything wrong to his daughter. He just made me feel so threatened and nervous that I freaked out a little bit. I blame him for talking me out of getting married. I didn't end up marrying her that day or ever.

All my guys were still single and I was going to be the only one with a wife. It just seemed like too much, too soon. I decided to back out. Yes, I backed out last-minute, like 12 hours before the wedding time, but I just realized after sitting down and thinking about it that married life wasn't for me.

5. We Got Into A Heated Fight

Right before the ceremony, she got mad at me because she found out I lied about something. Something stupid, but something. She was screaming and calling me a liar. I just couldn't take it and realized if this is how our wedding day is going to go, then our life together will be a total mess. I decided to tap out and end the whole relationship.

6. I Was Just Stuck In Traffic

I didn't mean to stand her up at the altar, and that's the truth. I swear on that. What happened was I was stuck in traffic. I tried calling her, but she didn't answer. Everyone else I told didn't believe me and thought I was just lying to get out of marrying her. Since no one believed me and I showed up an hour late, everyone thought I was being sketchy. We ended up getting married two years later, but we had a lot of trust issues to deal with before that.

7. Money Was The Main Problem

I didn't want a large wedding, and I didn't want to spend $20,000 of our money to help pay for it. Her parent's were spending over $50,000 already. The whole thing just bothered me. In the end, we just had different views when it came to finances, and that alone was not easy for us to deal with. She was a spender, and I was a saver. On the wedding day, I saw we owed another $10,000. I flipped out and then I walked out.

Weddings are a great way to see if your families will blend, and ours clearly did not. There were physical fights between our family members before the ceremony even started. By the time I finished dealing with that, I had enough and decided to just end the whole thing and not get married.

I don't know why I didn't get married. I just didn't. I woke up on my wedding day and I just never left my bed. I felt depressed and didn't have the energy to go get married. Love is complicated, and I wish I had a better answer.