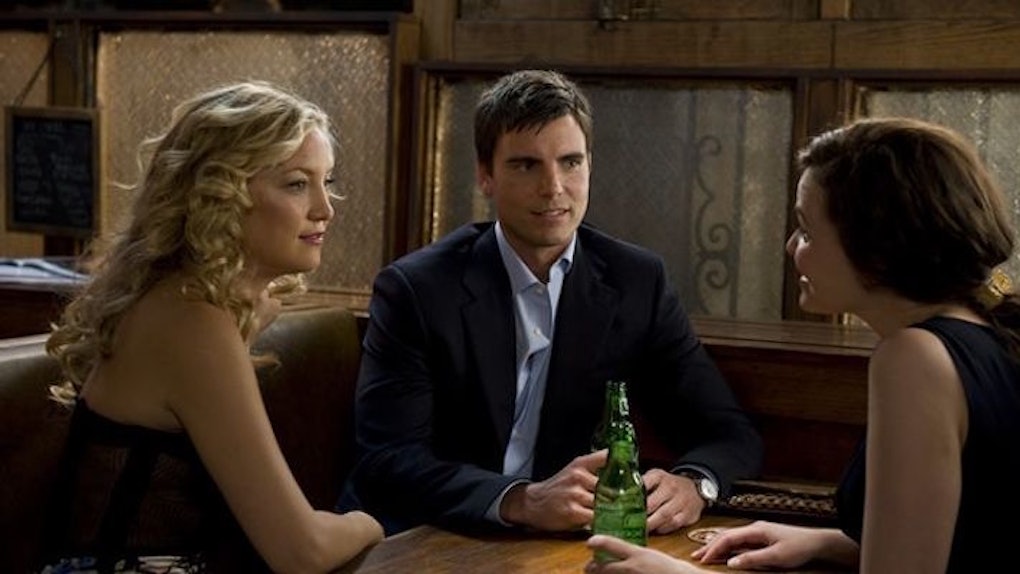 Bridesmaids Expose What Happened When The Groom Hit On Them

You think you've heard it all when it comes to wedding drama. The wedding planner goes missing, the cake falls on the floor during the reception and the groom is nowhere to be found 10 minutes before the wedding is supposed to start.

Weddings are filled with unpredictable moments and even times when both the bride and the groom want to toss their hands up in the air, cancel the whole thing and just elope. But one thing you don't expect to hear on the reg are stories about the groom showing affection for anyone else except the person he's about to marry.

Unfortunately, that's not always the case. Here are confessions from seven bridesmaids who expose the moment the groom hit on them:

1. It happened at the engagement party.

I was a friend of the bride since middle school, so we practically grew up together through all the awkward teen years. I met a lot of guys she dated, but I only met her fiancé for the first time at their engagement party. That's because they got engaged fast, and we lived in different states at the time, so I never had the chance to meet him. Right when I got there, she pulled me over to say hello to him and meet him. When I hugged him hello, she walked away, and he grabbed my ass. He was a total creep. I didn't know how to tell her he did that, so I kept silent. I ended up talking to her about it when another bridesmaid told me he did the same thing to her. She still got married to him anyway and didn't believe us.

One night, about two months before the wedding, I got a late-night sext from the groom. It was so dirty and said some pretty nasty things. I immediately screenshotted it and sent it to the bride, who was my cousin. The groom said he meant to send it to her and was drunk and made a mistake. He played the whole thing off like it was just an accident. It bothered me so much.

3. I think he thought I was the bride.

At the bridal shower, I was waiting to use the bathroom, and all of a sudden, someone came up behind me and started kissing my neck. It was terrifying. When I turned around, I saw it was the groom. I screamed, and he screamed and said he thought I was the bride. It was very odd, but neither of us ever talked about it or told anyone.

4. We locked eyes at the open bar.

During my best friend's wedding, I was at the open bar, waiting for my third drink of the night, and the groom was there, too. I swear he winked at me and smiled. It was so disgusting, but I was already kind of drunk and not in the mood to kill my vibe. I didn't do anything about it, but to this day, I don't like him as a person for that moment.

5. We were dancing a little too close.

On the dance floor, everyone was celebrating pretty hard. We were all dancing close to each other. There was one moment, though, when the groom grabbed me to dance. I don't think my friend, the bride, was anywhere near us. Everyone was giving us looks like 'This is so inappropriate, the way he's dancing with you.' It was. I felt like he was trying to hit on me or something.

I was friends with the groom before I knew the bride. I knew him from summer camp, when we were 10 years old. I always thought he had a crush on me over the years. I met the bride when we were in college, and we became instant friends. They ended up meeting on a spring break vacation. Small world! When they got engaged, he pulled me aside and told me he always liked me. It was so awkward, but it was even worse when he tried to kiss me. I moved his face away and never spoke to him again. I did still go to the wedding as a bridesmaid, and I didn't ever tell my friend.

7. He didn't know I was a bridesmaid.

I was out one night at a bar and met this awesome guy. We flirted all night, and he got my number. But he never texted me. Then, my friend asks me to be a bridesmaid in her wedding, but I had never met the guy she was marrying before. This happened, like, a week after I met the original guy at the bar. When I got to the engagement party, I found out the bar guy was her fiancé. It wasn't worth telling her because I doubt she would have believed me. Plus, nothing happened but flirting, anyway.