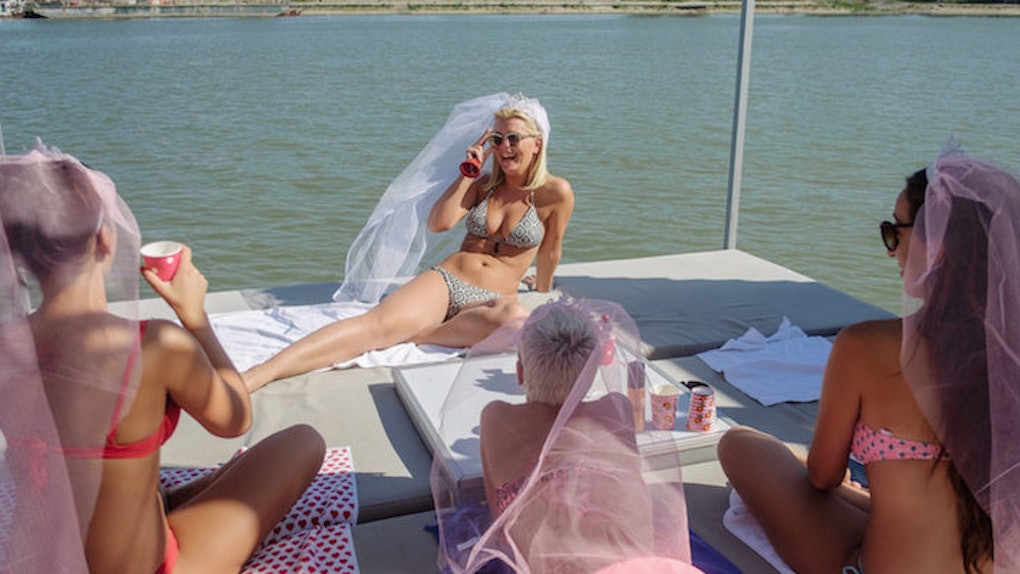 8 Bridesmaids Reveal Why They Tried To Sabotage The Bride's Wedding

When you get married, your bridal party doubles as your wedding warriors, making sure you have everything you need to feel stress-free and excited about enjoying yourself on your big day.

They are the people who have your back and stand by your side — literally — as you figure out how to plan the wedding of your dreams, on the budget of your nightmare.

They are your party-starters, late-night therapists and overall peacekeepers of the entire wedding adventure.

But what happens if one or two of your bridesmaids decide they have had enough with you, your wedding and maybe even your list of bridal party demands?

While you might never expect your gal pal crew to turn on you, there's a chance they will, and it won't be pretty.

Just check out what these eight bridesmaids had to say about why they tried to sabotage the bride's wedding day:

It sounds super immature, but I ended up developing this big crush on the groom a month before the wedding, and I thought he was into me as well — he flirted back and we were texting nonstop. A week before the wedding, when I mentioned to him that something was up between us and that maybe he should call off the wedding, he freaked out. He tried to tell me that he was just being friendly and that I shouldn't say anything to the bride about this. He admitted to me, through a text message, that he did have some feelings for me, but it didn't matter. On the day of the wedding, I tried to make the bride late to the ceremony, hoping the groom would think she had cold feet, and he'd finally call it all off. It was stupid. In the end, they got married, and I never spoke to either of them ever again.

2. The bride was the ultimate bridezilla.

I've been a bridesmaid, like, four times before, but I never had a bride turn as nasty as this one did. She was awful to the bridal party. She made us all grow our hair a certain length and told each of us how much weight to lose before the wedding day. She was seriously the worst. By the time the wedding happened, we were all resenting her hardcore. Two of the bridesmaids didn't show up until last minute. I even decided to cut my hair really short before the wedding because I didn't care if having a bridesmaid with short hair ruined her photos. Whatever. The bride was pissed off, yelling and screaming until it was time for the ceremony to happen.

3. My bridesmaid dress was plain ugly.

At first, I was happy because the bride asked the bridesmaids to get a black dress for the wedding. I already had one I wanted to wear. But then, a week later, she emailed us saying we had to buy a specific one she found. The dress was $290 and so ugly. It didn't fit me right and was very low-cut in the back, so much so that I couldn't wear a bra. I didn't buy the dress and showed up to the wedding in the dress I wanted to wear. The bride almost kicked me out of her hotel room. An hour later, she calmed down, but to this day, she's still mad at me for ruining her wedding.

My best friend got married before me. I was engaged before she was, and I called off my marriage a month after getting engaged. So then, I had to sit through my best friend planning the wedding of my dreams for herself. It was just pretty upsetting. On the day of the wedding, I was so jealous walking into the venue where my wedding was supposed to be, I knocked over a few of the centerpieces. She couldn't figure out how the centerpieces got ruined. I was definitely guilty of that.

The whole wedding was exhausting. I was one of two bridesmaids, so I had to do so much work. By 10 pm, I was exhausted. I wanted the whole thing to be over, but I couldn't just walk out and go home. The bride would have flipped out. Instead, I told guests that the wedding was about to end, and they should start heading out. It was only 11 pm by that time, and there was at least another hour left. People started leaving early, and the bride didn't know why or what happened.

6. The bride ruined my wedding.

This was an eye-for-an-eye situation. My friend got so drunk at my wedding, she got into a fistfight with one of my cousins. That same friend got married two years later and made me a bridesmaid. I wanted revenge, so I ended up getting so drunk at her wedding that I passed out on the dance floor.

7. I wanted to prove to her that nothing is perfect.

The bride kept threatening all of us to make sure nothing went wrong at her wedding. And she kept telling us if something did go wrong, it would be all our fault. I kept trying to tell her that no day is perfect, and something is likely going to go wrong. Basically, I wanted to prove that to her early on in the day so she'd relax. I told the makeup lady to go to the wrong hotel, and she was an hour late to start. The bride was fuming with anger, but I think it taught her a lesson that she needs to chill or not take things out on us.

The wedding was so boring. The bride only had, like, six people there my age, and the rest were her parents' friends and her family members. I needed some drama. I found the cake early on, cut a slice of it for myself and ate it in the bathroom. I didn't think it would be a big deal, but it was a huge deal. Later, I confessed to doing it because I felt so bad for the bride and groom.