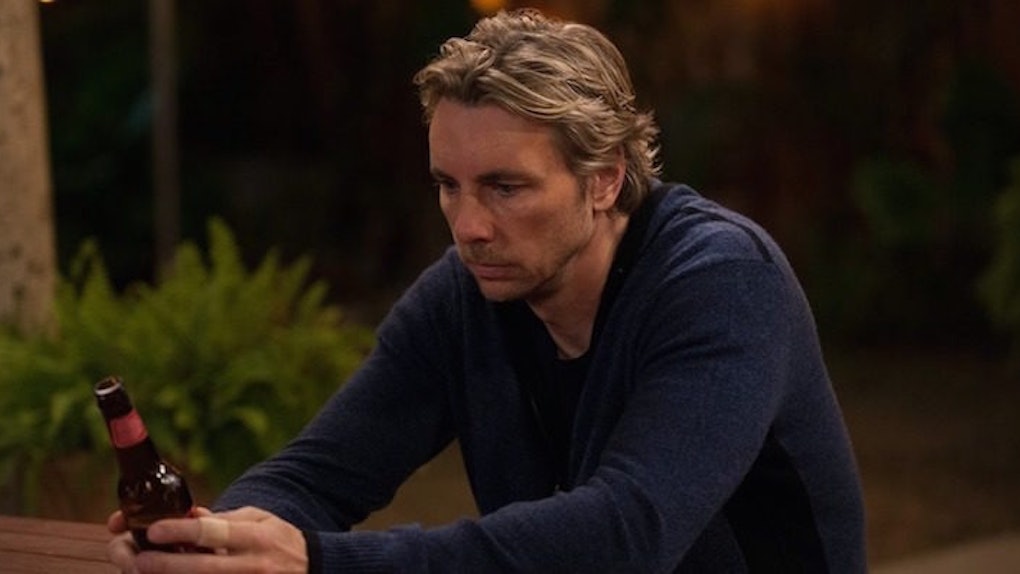 Guys Share Breakup Stories About Being Dumped Via Text

I hear a lot of breakup stories about people being ghosted. People send countless texts trying to figure out why they're being ignored by someone they've been casually dating. And those breakups are pretty big doozies.

But what seems to be even worse? Getting dumped by someone you've been seriously dating over TEXT.

I mean, you've been dating for a long ass time and the person didn't even have the decency to call you?! It's totally inexcusable, if you ask me.

That being said, it still happens all the time. Don't believe me?

Read these people's first-hand accounts of how it happened to them:

This guy's breakup was just an aside to his girlfriend.

One day she wasn't texting back, and I got a message late in the afternoon saying 'sorry I've been busy. Oh by the way I think we should break up.' I then found out she'd been at another guy's house the whole day. I don't know how long she'd been cheating on me, and I don't want to either.

This guy had to piece the puzzle together himself.

I got Whatsapp messages. Three pictures with her and some other guy. She then added "Oops, these weren't meant for you"

This guy was so upset, he had to pull his car over to puke.

After confronting her about cheating on me, I left and got the final text "you have no right to come here, you will never see me or anyone in my family again." I was very close with her mother and brothers and wanted to at least continue a relationship with them. I pulled over and puked and cried.

This guy was broken up with in three simple snaps.

My girlfriend of four months broke up with me over snapchat, five black messages that lasted three seconds each. She never gave a reason, even a year later when we were friends she said she didn't know why she broke up with me.

This guy learned the hard way that there's something even worse than being ghosted.

Wasn't even really told. Just got blocked. She had moved to Brisbane 3 months earlier, I had been visiting every second week. She became real close to another guy, didn't bug me, I trusted her. But at the same time I felt like something was off. At the time I wasn't sure if my discomfort was a result of adjusting to long distance or jealousy so I just left it. One afternoon I get off work, try to text her and she's blocked me on facebook. Blocked my number. Everything. Got a text later that night from her new boyfriend saying "don't bother visiting", along with a bunch of pictures of them fucking... That sucked.

This guy got dumped over text when he was at his lowest point.

I was in a pretty low point of my life. Work sucked, I had few friends because I spent most of my free time with her, and even though things had been rocky she was all I had. Then one day I call her and say we need to talk to fix some things, primarily her sleeping all day when I visited. She responds with "I think we should take a break." Just like that, I had nothing.

This guy was left hanging in the worst way possible.

It wasn't a well established relationship but I had a thing with a girl going for about a year and a half in college. I couldn't wait for the next thing she would say to me, every time my phone went off I was excited it might be a text from her. You get the idea, I liked her a lot. During finals she asked if I would stop messaging her so much so she could study. Finally she said, "How about I just text you and let you know when I can talk again." Kind of messed up, but I could see how I was bothering her if she was really trying to study. Didn't get a message from her. That fucking hurt. I'm probably going to get some flack for not defining it or maybe she didn't see it as a relationship and your crazy because I always do. She knew perfectly well because I had talked to her about it and yes I was dumb for not having defined it. I'm know. Doesn't change the fact that it was a shitty thing to do.

After 2 years with her I got a text in the middle of the night that said "I have a new boyfriend now". So that was pretty weird and unexpected.

This guy got dumped while he was at his grandma's funeral.

I met a girl online and we got to know each other for around 2 months. We eventually got to texting. Long story short my grandmother passed away while we were getting to know each other, she knew where I was that day, and texted me while I was at the meal after my grandmother's funeral that she didn't want to continue talking to me.

This guy got what I imagine is the worst Christmas gift of all time.

In high school my ex broke up with me by texting me on christmas morning at like 7am to tell me she was leaving me for some other dude (who I later found out she was cheating on me with). That was fun

Moral of the story? Grow a pair and break up with your SO in person.