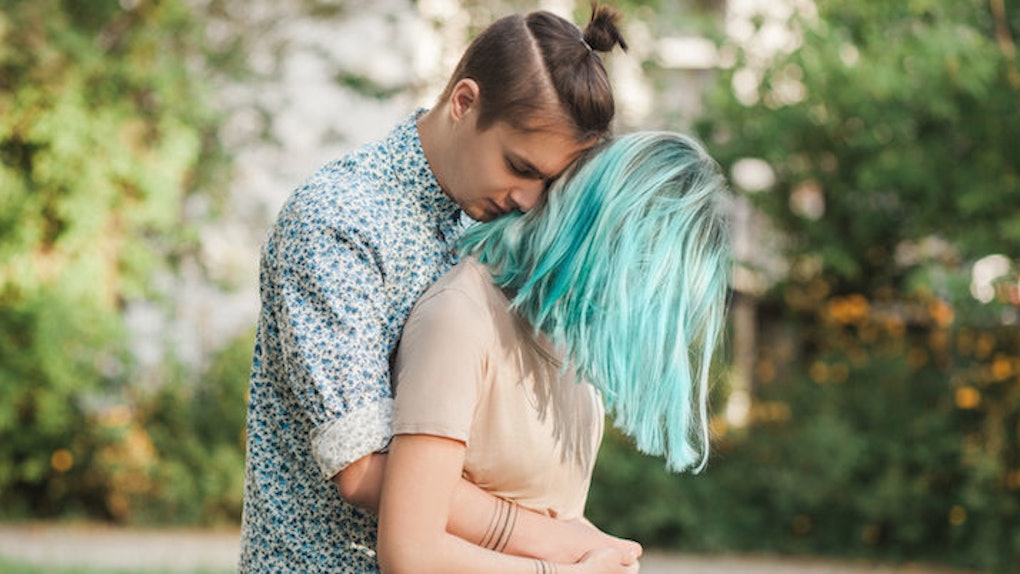 Thrill Of The Hunt: The Less Invested I Am, The More Invested He Becomes

The floor shook uncontrollably; that’s how loud the bass was. The beat had just dropped in the basement of a seedy lounge in one of New York’s most lively neighborhoods. That night would end up being one to remember.

My friend and I wandered into a lounge looking for some fun. We didn't expect to see what we saw -- a dance-off. We settled into a dark, smoky corner and watched.

Dedicated dancers, determined to claim victory, graced the floor with their passionate moves.

“What a sight, huh?” I said, turning to my friend. But he’d already left his spot. Puzzled, I swung back around to find him breaking it down in the middle of the dance circle.

With all eyes on him, he commanded the room. His rhythm -- which I almost mistook for that of a renowned rapper -- was incomparable, and his arms and legs moved as if they didn't have a single bone.

The sparkle in his eyes spoke a million words. A crowd formed and slowly began to chant his name.

The energy he exuded was a kind I had seldom witnessed in anyone ever before; it was contagious. And that smile! It was genuine and innocent in nature, and it brought out the little boy in him.

That was the exact moment I knew I didn’t want to be only his friend. It was the moment I fell in love with him.

A few weeks after that night, the chaos brewing inside of me showed signs of wanting to spill out. It was time to approach him with complete candor.

I put on a brave face and told him I loved him. He reciprocated the feeling and agreed to give us an honest try.

Things were finally looking up -- that is, until he let me down.

Our journey unfolded as a tedious battle: that type of tug-of-war romance that can only happen between two people who are anything but right for each other.

It's a power play. Your head tells your heart to back away slowly. But you don’t listen; the game pulls you in. You didn’t know that being treated this badly could feel this good. He vowed to be by your side, but he strays far from it.

And even when he is with you, his mind is elsewhere. He does a careless job of hiding his apathy.

If you've never once experienced that push-and-pull, you can't understand the addictive pain it brings.

Here's a play-by-play of what happens.

The more I love, the less he cares.

He promises to give me his true self, for better or for worse. I trust him enough to open up, but he doubts himself too much to let me in.

My feelings become too much for him bear; they weigh on him like a thousand tons. He sees my words as a stifling imposition; I see them as a spiritual bond.

The more I tell him what’s been silently stirring in my heart, the less he’s willing to share bits of his soul with me.

The more I fantasize about our future, the less he follows through.

My long-term plans throw him off his course, but I'm the one who takes a tumble.

I envision a future with the one I love; everything I do in the moment is a small investment in our future. But he’s living in the present, and his idea of forever is just that: an idea.

To me, forever isn't a concept -- it's palpable. I hold it in the palms of my hands, patiently waiting to set it free.

My plans include him, but his plans don’t include me.

The more effort I give, the less work he does.

In the beginning, he was fully present. Of course he was. I hadn’t yet given all of myself to him. But once I do, nothing is ever the same. In relinquishing the only leverage I had, I self-sabotage, and the magic that we'd created begins to fall apart.

For him, the novelty of everything wears off. He moves on to play the same game with a different person.

He doesn't need to prove to himself that he can keep me interested because I've already shown him my most vulnerable self.

The worst part is that I start trying to prove myself to him all over again.

When I finally pull away, he wants to come back.

Finally, I let go. I realize what I'm doing. By pushing myself beyond my own limits, I've only been pushing him away. I’ve caught on to his game -- way later than I should have, but better late than never, right?

So I let him go. And though every inch of my skin misses his touch so much that it hurts, I don’t look back. As I expected he would, he senses my newfound disinterest. And when he realizes that I've managed to find happiness without him, he comes back.

I'm left wondering if he ever really loved me -- or if he just loved the chase.