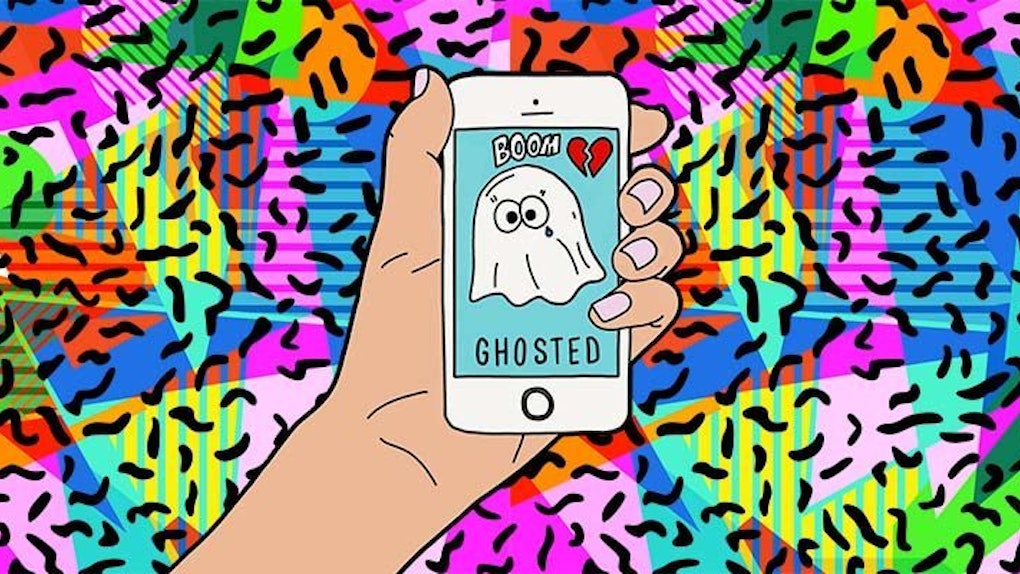 This week we have Marie*, who was ghosted by the guy who deleted all of his dating apps for her after she made one STUPID joke.

Read the story from Marie, herself:

I met this guy on Bumble, and he wasn't your average dude. He deleted all of his dating apps after meeting me. He is very family orientated and is super close with his mom and sisters, so he knows and has seen how much fuckboys can mess with a girl's head. Anyway, we got along really well. And at first, I wasn't super into him, which I guess kept him talking to me. Once I started showing interest...things were awesome! We hung out a lot, went to dinner and all that cute stuff. After Memorial Day, however, when he went home to his parents' place (which is a few hours away), he started acting weird. Our conversations went from hour-long FaceTimes, phone calls and awesome texts to literally one-word replies. I didn't see him for, like, two weeks. One night, we happened to be out in the same area and I ended up going back to his place. The next morning, he dropped me off and we texted a little then, and the next day. And then, all of a sudden, I crack a joke about him moving to Australia with me to get away from the world, he says I crossed a line, deletes me off of all social media and never responds to my text asking if we could talk. I haven't spoken to him since.

OK... am I missing something here?!

I mean, I didn't think her joke was that bad. Do you? Like, was there some sort of super offensive thing that I somehow missed?! PLEASE fill me in.

As far as I'm concerned, this was all totally out of the blue and weird.

OBVIOUSLY she doesn't want him to actually quit his job and move to a different country with her, right?!

Is this guy just dumb? Maybe she dodged a bullet.

I always want to know what you guys think, so please comment your thoughts on this situation.

If so, enlighten me, PLEASE.

As always, if you have your own "Boom, Ghosted" story you'd like to submit, please inbox them to me here.