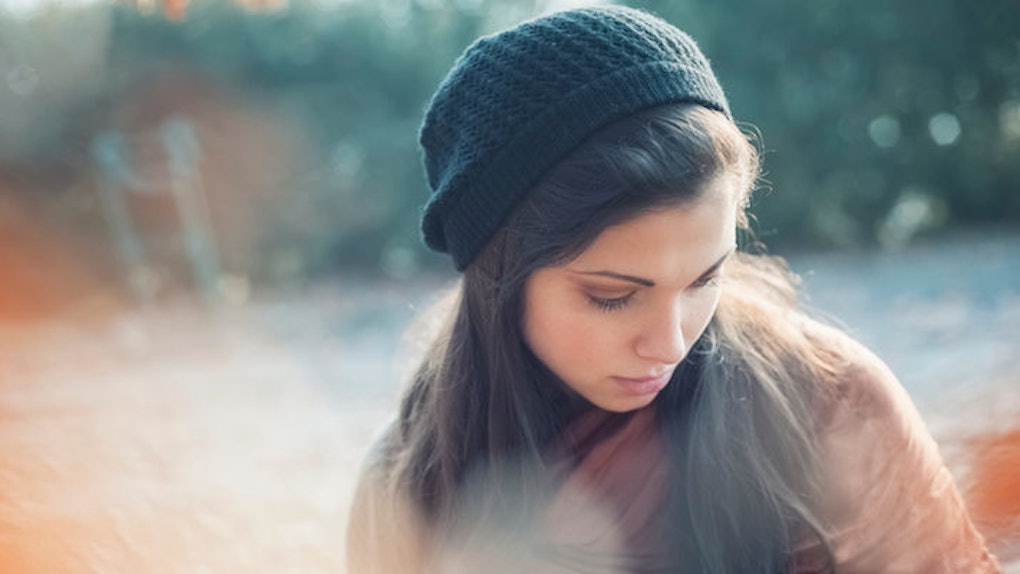 Change Of Heart: How My Blindsided Breakup Forced Me To Mature

They say life changes when you least expect it.

One day, you’re at a crossroads.

You're afraid, confused without a roadmap and unsure of where to go, with nothing but memories of the past leading you into making the right decision.

You’re imagining the future within such a short distance.

You're filled with security, but the next day (or in my case, within the hour), you’re left broken and speechless.

Brian* was my best friend, and I was his. I put all of my trust in him, and I thought he did the same.

“Nothing could tear us apart,” we would say.

Or so I thought.

I was in the library, in a screen-share with my then-boyfriend, as he was helping me with my Spanish homework.

Ten minutes later, I was walking back to my apartment in the rain, when I received a phone call from him. He was rambling on about how he was “done” because he didn't love me.

This whole thing could have come straight from a Nicholas Sparks novel.

I listened to him talk, trying to decipher the tone in his voice. But it was a tone so unrecognizable, I couldn’t grasp what to do.

What do you say when the person you’re in love with tells you the feeling isn't mutual?

The texts he sent the night before replayed through my head.

“You are my backbone. I can’t wait until the next time I see you. Our relationship has gotten so strong. I love you so much.”

As he was speaking on the phone, I kept thinking he was going to say he was kidding.

Within the next moments, I was in my apartment and off the phone.

The person I loved was no longer in my life. I was motionless.

After finding out from Brian that he had already hooked up with someone within that same week, I was devastated.

While I was hopeful we would be able to talk through things, he had already moved on so quickly. It was like our whole relationship meant nothing.

From that moment, I knew things would never be the same. Not just between me and Brian, but between myself and who I wanted to be.

I wholeheartedly loved Brian, to the point where nothing else mattered. I isolated myself from my friends and family, and made him my only priority.

I still don’t understand how things can change in a matter of 24 hours.

Is it really change, or has it always been the truth?

Is this change just a revelation of feelings that were earlier repressed?

In my opinion, nothing in the world could have changed my feelings for Brian. Even as a best friend, there was a level of comfort and compassion that was irreplaceable. However, this was my new reality.

There was nothing I could do to make Brian remember all we had felt for one another. Once things change, nothing can ever make them go back to the way they were before. It’s painful to look back on my memories and shed a tear instead of a smile.

Although the people who say they will always be there for you aren’t always there in the end, the person you want to be still can be. This is something I had to learn.

I learned a lot about myself throughout the healing process.

My ability to put others before myself is unique, but so unnecessary, especially at such a young age.

The time we spent caring about each other took away the fundamental time of growing up.

We cared for each other so much, we forgot to care about ourselves first.

Through the love and support of my friends and family, I'm sure I will get over this breakup.

The moment you don't put yourself and your feelings before anyone -- no matter how good looking, funny, smart or charming the person may be -- is the moment the relationship is over.

In some ways, I’m glad I was blindsided by my breakup. It forced me to reevaluate every single detail.

We had a great relationship, and like most good things, it had to end.

Change, although difficult to embrace, is a part of life.

I’ve learned that when you find yourself lost in the darkness and despair of change, you are forced to grow up.