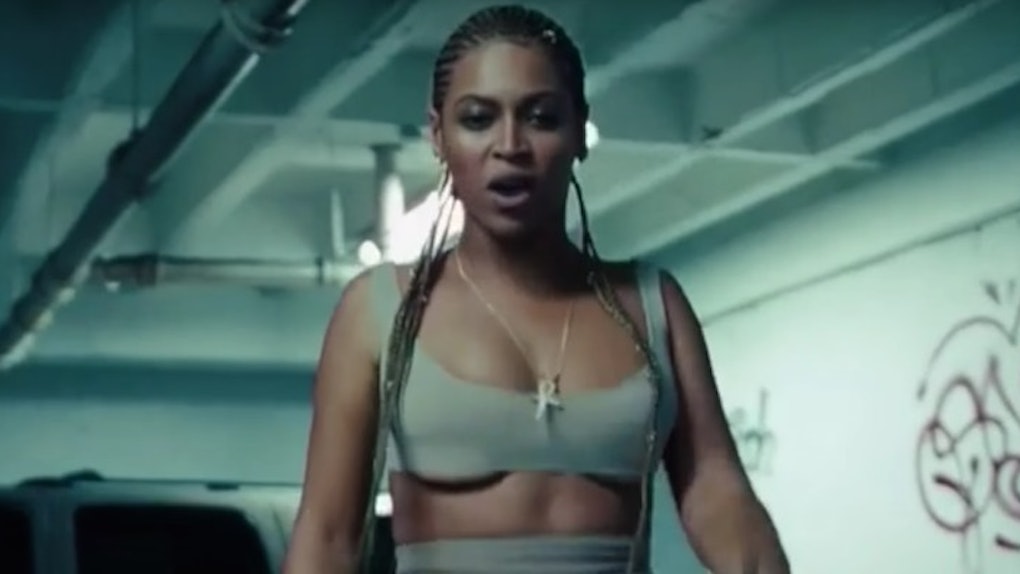 My ex and I broke up a little over a year ago now, and I'd be lying if I said there was a day that's gone by that I haven't thought about him. What I think about varies on a day-to-day basis. Sometimes, when scrolling through photos on my phone, I'll come across a picture of me and my ex that I couldn't bring myself to delete. Sometimes, I'll be reminded of how it felt to run my fingers through his shaggy, blonde hair.

Sometimes, I'll even take that box I have hidden in my closet, way behind my Vans Sk8-Hi Slims and my Nike Roshes. Yes, it's that box. I'll take out the box that has all the things that remind me of him: pictures, little doodles he drew for me, a dog keychain he gave me a few years ago, his Boston Red Sox cap.

We met on a warm, humid day in September, about six years ago. The day had the type of humidity that hangs thick in the air. It's the kind you can feel settling onto your skin. I was at my first frat party. It was the second day of college, I was with my roommate I barely knew and I was clutching a red Solo cup full of stale Natty Light. From across the room, I caught a glimpse of the most beautiful guy I had ever seen.

I couldn't stop looking at him, and I remember feeling my cheeks getting hotter from embarrassment because he kept catching me looking. My roommate ended up ditching me, and I sat on the sidewalk in Downtown Binghamton at 4 am crying because I didn't know how to get back to campus alone.

But suddenly, there he was, the beautiful blonde-haired man from earlier. He was with his roommates, and we all drove back to campus safely. The blonde guy walked me back to my dorm and kissed me before he left. It was probably the worst kiss I've ever had, and it makes me laugh to think about it today. But, I was smitten.

It took a little while, but he became smitten with me, too. Four days together turned into four months, which turned into four years together as a couple. Then graduate school came, and I had to make a decision. I had to decide whether or not to go where I wanted and leave him behind, or go to a school closer to him. He couldn't help me decide. He wouldn't. That's when things started to fall apart.

I made the biggest mistake of my life during that time, and I hid that mistake for as long as I could. When the truth came to light, there was nothing I could do to stop it. I felt sorry for myself, but the worst part was, I really couldn't fully bring myself to feel sorry for him. Our relationship, though idealized in both of our minds, had been fraught with drama, fights, long silences and unreturned texts. Some of that was my fault — OK, a lot of that was — but some of that was his. I could not bring myself to feel that bad.

Fast-forward to the last few months, and we are now cool. We don't speak often, but when we do, the conversation is cordial and light. I often congratulate him on the amazing strides he has made in the year since we were together last. I cannot express what a genuine feeling of pride I feel when speaking to him about his success because I was there before the Instagram followers, winning contests and the gallery shows.

Then on Sunday, I watched Lemonade. I sat in gob-smacked awe as Beyoncé navigated the stages of grief I know my ex must have felt: intuition, denial, anger, apathy, emptiness, accountability, reformation and forgiveness. I wept silently and watched in quiet reflection as the last five years of my life played out on the TV screen. I wanted to reach out to my ex so badly that day. I wanted to sit him down and make him understand.

I wanted to shout, "I get it now. I didn't get it before because I was f*cking stupid. But I get it now, and I'm so, so sorry." But, I didn't. I sat paralyzed on my friend's couch in Bushwick as Beyoncé crooned in the background. There was a specific scene where Beyoncé is holding Jay Z's face between her hands, and it made me really lose it. In that moment, I realized that was something I would never do again. I could never hold my ex's face in my hands. I could never tell him I loved him, that I was sorry for everything I had done and that I would spend the rest of my life trying to fix it.

To be honest, I don't know if that's something I fully want. Because if it was, I think the desire to do it would have overwhelmed me so much that I would have put my shoes on, ran to the train, rode it all the way to his apartment, knocked on his door and dropped to my knees to beg for forgiveness. But, I didn't do that.

Instead, I wiped my tears away, borrowed a dress from a friend and went to a day party at a bar down the street. I think I realized while I was turning my phone over in my hand that texting or calling him would only have made me feel better. It wouldn't have changed anything for him. He has already forgiven me and moved on. He's already dating someone who is a better fit for him and treats him better than I ever could.

As I'm sitting here typing this out, I'm crying. Round, fat tears sit pocketed in the corners of your eyes until they plunge down my cheeks toward my lips. I'm crying because today I know I need to let go of that little thought in the back of my head that we may get back together someday.

Lemonade taught me about self-worth. I should have left that relationship when I was feeling devalued, when nothing I was doing was working and before I did something wrong. But, I didn't. I stayed.

He should have left me when he was feeling devalued, when he was doing everything he could to fix it and nothing was working. But, he didn't.

Lemonade taught me about my power as a woman of color, my black girl magic and the beauty in myself and my melanin. Self-love will help me become open to loving once again. I think that's a big part of why I've done the things I've done in my life.

It's difficult to feel beautiful in a society that doesn't prize black beauty. It's difficult to accept love from others when you don't love yourself. I know that today I do. Lemonade also taught me about perseverance, determination and, of course, love. It taught me about love in the face of adversity, joyous love, jealous love, consuming love and love that brings something beautiful into the world, like Blue Ivy.

Our love did bring something truly beautiful into the world. Well, it brought two things, actually. It brought two people from completely different worlds together, and it allowed them to grow, to thrive, to love and to move on. To the beautiful blonde-haired boy, I say thank you for some of the best years of my life. You are the most beautiful thing I have ever seen. You are the most intelligent, nuanced, funny, dark and twisted, but beautiful thing I have ever seen.

The world is a better place with you in it, and my world is paler without you. But that's OK. I hope you are happy, and I hope she takes care of you and loves you the way I did, the way I should have all along. Thank you. I'm sorry.