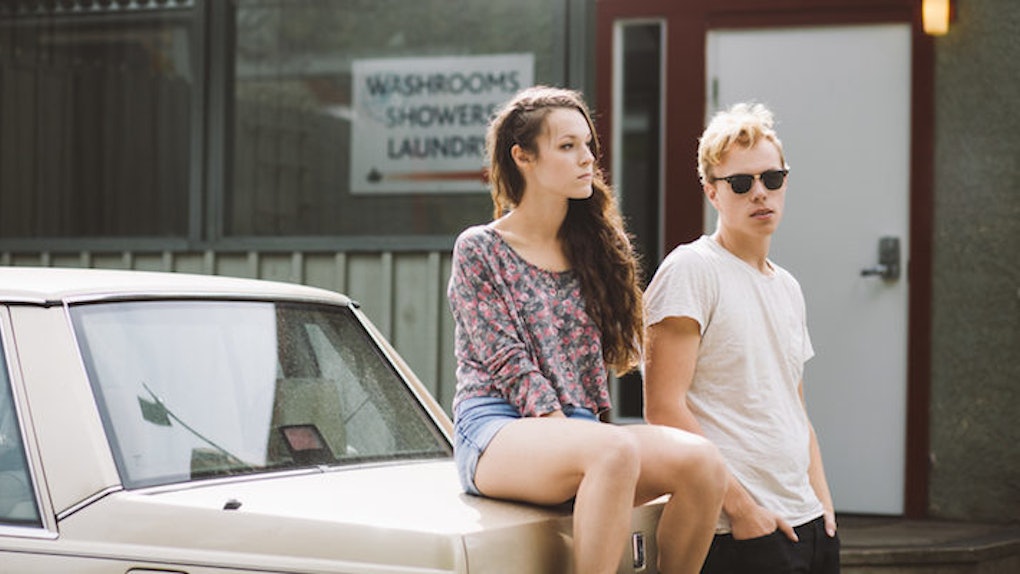 It Doesn't Get Better: Why You Need To Dump The Guy Who Won't Commit

On many occasions, violence is used to explain love.

“Love is a battlefield” is a good example. “All's fair in love and war” is another.

But in war, someone always loses.

My first serious boyfriend and I weren't the best fit, but we were in love. Back then, love was simple.

Above all else, he made me feel safe. I never thought I would have to question if the man I was with cared about me.

But, I was wrong.

When we split, I learned nothing requires more patience than a broken heart.

Minutes turned to months. I spent a lot of time watching classic romantic movies — "Breakfast At Tiffany's" and "An Affair To Remember" — eating raw cookie dough and having wine nights with my closest friends.

Amidst all the suffering, I told myself I would never let a man make me feel that way again.

Eventually, I put myself out there. I suddenly became approachable to men I had previously been “off limits” to. I would regularly take advantage of their bar tabs and compliments to fill the ache inside.

It was nice to finally experience something fun and light-hearted.

Every now and then, I crossed paths with a sad soul (as he didn't know I was emotionally unavailable) who hoped to date me.

At first, I praised my heartbreaker ways. That is, until I realized being single wasn't all it was cracked up to be.

For one, the attention was always for the wrong reasons.

Ultimately, I came to the conclusion when you're only appreciated for your looks, you feel hollow.

At the same time, when things got serious, I would be the one to break it off.

Some of these men were good-looking. Some were smart. Some were going places. Yet, I had no intention of sharing a future with any of them.

A few weeks after this realization, I was dragged to a huge party. That's where I saw him for the first time.

He was lanky, cute and awkward. He was nothing like Marlon Brando or James Dean, but I couldn't take my eyes off him.

What started as a five-minute conversation turned into a three-hour discussion of our beliefs, interests and dreams. It seemed too good to be true.

There was something off, but I couldn't quite put my finger on it. He wasn't like the typical “tool,” but he wasn't a “nice guy” either.

He had a “bad boy mystique,” and I was hooked.

My gut told me he was bad news, but I had to find out for myself.

When we went our separate ways, and I thought that would be the end of it.

But somehow, thoughtful texts about each other's lives turned into phone tag and regular FaceTimes.

The truth was, I had finally met my match.

Our four-month, cross-country romance set me up for a complete letdown. He was my Trojan horse: unthreatening, but lethal.

Very quickly, I realized this “gift” was a bad omen.

My first breakup was nowhere near comparable.

I became one of those women I used to make fun of. My happiness and self-worth was dependent on the state of how “we” were.

I became weak. I became passive.

Our “relationship” — if you could even call it that — was a constant game of catch and release, where I was almost always the one let go.

He made me distrust my own thoughts and emotions, even when they were completely justified.

I was made to feel like I was asking too much for any sort of accountability on his end. He put me in a position where I had to compromise my own self-respect to make him feel safe.

He wanted me on his terms, at a time that was most convenient for him.

On a few occasions, he told me he wasn't ready for anything serious. But nonetheless, he went to great lengths to instill the false hope that if he were to, I would be the one.

Every day, I told myself it was over, and every night, I found myself back at square one.

My friends would tell me I “deserved better,” but I remained ignorant by choice. I would even make excuses for his behavior.

The truth was, I knew they were right. But loving him wasn't a matter of right or wrong.

My heart had made the choice to love him, and I had to find the will to walk away.

I let him treat me poorly, and nothing feels worse than giving second, third and fourth chances to a man who never earned one.

But, he also made me happy, happier than I'd ever felt. It was a euphoric sort of high, but it was fleeting.

After over a year of false hope and broken promises, I finally found the strength to let go of my letdown lover.

I fell for a bad boy, all at the expense of my mental health and dignity.

What did I have to show for it? Just a string of texts and heartbreaks.

It takes loving a selfish man to hate yourself in ways you never thought you could.

Every now and again, he reaches out. Everything comes flooding back.

I miss him, sure. I even think about him from time to time, but it's over.

I have no room in my heart for a man whose love is conditional.

Though I periodically curse his name, and I occasionally scapegoat him for my commitment phobia, I will never regret the time we shared.

I was able to experience true growth after discovering the worst parts of myself.

Never make someone else's happiness a priority at the expense of your own.

Instead, find a man who's on your side of the tug-of-war.