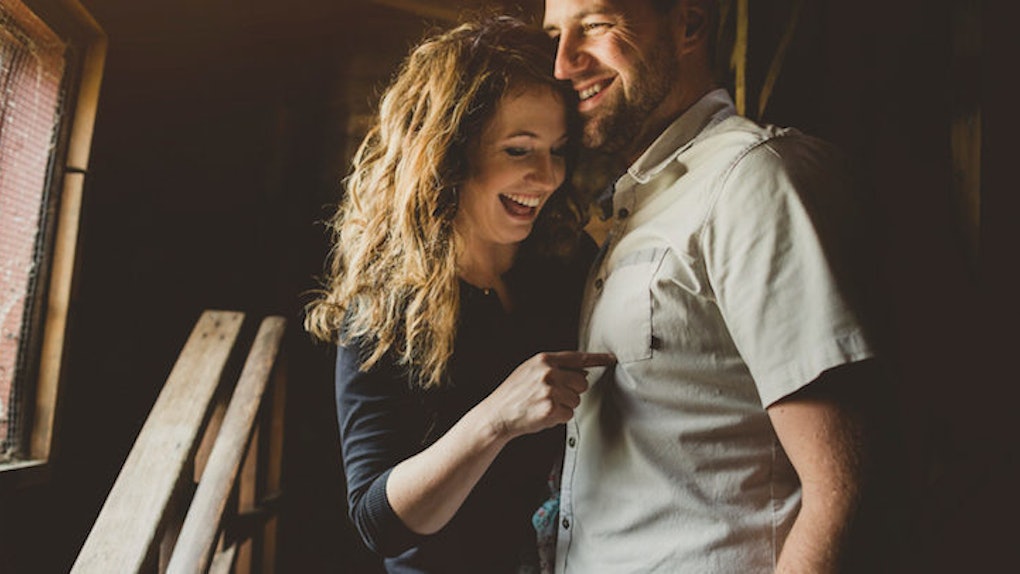 5 Reasons My Awkward Quirks Are My Best Qualities

When most people meet me in person, sexy isn’t usually the first adjective they’d use to describe me.

Maybe I’m a bit of an introvert -- selectively social, if you will. Maybe I'm not the sensei of social cues. I also make sarcastic comments no one understands but me.

I'm the Picasso of the awkward moment. How have I achieved such a unique persona, you might ask? I was born an awkward soul.

I own it every day, and it’s f*cking sexy.

I’m not usually the first girl to get hit on at the bar, or the second, or even the third. I’m most likely buying my own drinks.

I’m probably the girl who stands uncomfortably next to the snack table at parties, eating one too many chips.

I’m definitely the girl who strongly believes saying hello to people you know in public places is actually the worst.

But even though I’m awkward, I’m still desirable.

1. Being awkward is raw and real.

You don’t pretend to be someone you’re not, and people respect you for that.

Even if you wanted to appear like that suave and confident person people admire, you wouldn’t even know where to start. But that’s perfectly fine.

You don’t need to try because people appreciate you the way you are.

You’re real and show your true self without even trying. You know who you are.

2. You don’t intimidate anyone.

Even though that may seem like a bad thing sometimes, it’s totally not. Being awkward can make you more approachable.

Although people don’t look at you in awe of how poised you are (because let’s be real, you’re probably not), it will be easier for people to just come up and talk to you.

It’s not that you emit insecurity, but people will be more comfortable with you because they don’t have to feel insecure around you.

You probably don’t think you’re that funny. But most people actually do, for some odd reason that truly baffles you.

Chances are, they’re probably not laughing with you, but they’re not laughing at you, either. People find your unique mannerisms and quirkiness amusing.

They find you intriguing, and your awkward tendencies are humorous to them.

They probably won’t laugh at all your jokes (because they won’t understand some of them), but there’s nothing wrong with that.

You’re still funny in your own way, and that makes you really sexy.

As a result, your honesty can cause a situation to become more awkward than it needs to be.

You have also probably had those uncomfortable moments where you’ve shared just a little too much about yourself with someone you’re not so close with yet.

When I was 14 years old, I stood in front of my crush, awaiting my first kiss.

Just as he was about to make his move, I stopped him to tell him I didn’t know how, and he would have to teach me how to kiss.

I ended up making what could have been a romantic moment pretty awkward.

Somehow though, my crush thought it was cute.

He laughed at my honesty, and kissed me so I’d shut up. Yes, us awkward folk are honest and anxious, but we should own it.

If awkward sexiness had a mascot, Michael Cera would definitely be it.

He clearly defines awkwardness in every movie he’s acted in. Yes, he plays the same character in every movie, but he’s also the sexy awkward guy audiences root for.

I don’t know about you, but that’s probably the best compliment I’ve ever received.

You’re not so smooth with the opposite sex.

You stumble over your own two feet. You walk out of a public restroom with toilet paper attached to your shoe. Public speaking is your biggest fear.

But you’re also dorky and unique in a cute way, and that attracts people to you.

You’re awkward, and it’s f*cking sexy. So own it!