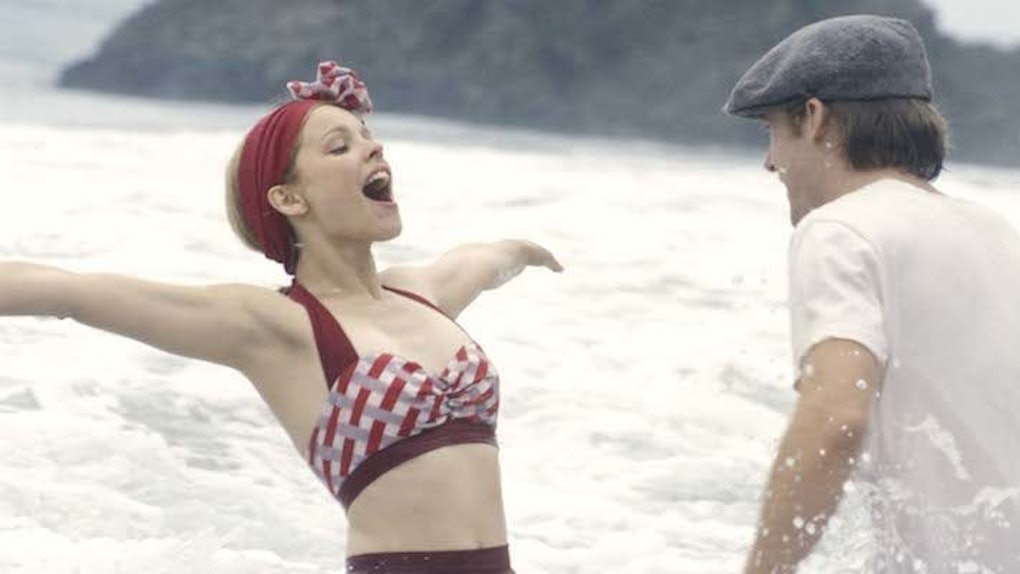 We Never Forget Them: Are Our First Loves Really The Deepest?

When you think about your first love, you might imagine yourself in the backseat of the used Volkswagen your parents got you for your seventeenth birthday, awkwardly fumbling around in the company of McDonalds cheeseburger wrappers and empty cans of Arnold Palmer.

Or maybe you think of that time in college, when you became intoxicated by both your first taste of cheap alcohol and by that cute guy who approached you for a quippy conversation, which eventually turned into an exchange of numbers, a first date and a relationship in which you learned not every guy who says he loves you really means it.

Or maybe Cupid struck you during middle school, when you didn't even know the definition of the word yet and thought everyone who wasn't your best friend had cooties.

Maybe the boy who smelled the least of body odor and Googled "penis" with you during computer class became someone for whom you felt something weird and frightening and exciting and new, and you called it love.

Whenever and whomever it was, your experience with your first love is etched into your memory forever.

It's your first taste of romance -- that strange thing people always talked about in the movies that you finally really began to understand.

Thoughts of a first love are ripe with emotions, be them good, bad or a complicated mixture of the two.

Regardless of how positively or negatively the experience unfolded, your first love influences how you approach romance in significant ways, even if you don't realize it.

I spoke on the phone with Dr. Niloo Dardashti, an adult and couples therapist in New York, about just how much our first loves influence us.

Dr. Dardashti said  first loves give us our first "deep emotional connection that [we] haven't felt before."

Normally when people talk about falling in love, they use words such as 'I feel like I'm high,' 'I feel euphoric,' 'I can't stop smiling' -- those kinds of very intoxicated types of feelings.

Some people might consider someone a first love if they felt a strong physical connection with that person -- if they felt "swept away," as Dr. Dardashti called it -- but for most people, the strength of the emotions is what's most important.

The way our caregivers treated us growing up can also, in part, affect how we attach to our first loves.

For example, if you had a parent or mentor who "made it very hard for you to trust, neglected you emotionally [or] was very critical or not as available as you needed them to be," that can influence the kind of person you're drawn to.

All of these feelings and experiences we had with our first loves then become a "blueprint" for how we approach relationships later on in our lives.

In other words, our personal definition of love is based upon everything we went through with our firsts.

If that first love was sort of riddled with a lot of unrequited stages where they couldn't be together, or they were longing for each other... that can become a blueprint where you start to expect that love isn't really love unless you're feeling this kind of deep longing.

According to Dr. Dardashti, people often compare their current relationship to their first love in order to determine if their feelings for their current partner align with that definition of love they created from their first experience with it.

Because the romantic feelings we had for our first loves felt so great, we want to duplicate them, to experience them again and again with as many people as possible.

Even simply recalling the feelings arouses us. Dr. Dardashti suggested this is why impassioned movies like "Twilight," movies that "remind women of their first love, that deep, intense feeling that [they've] never had before and bring this thing up," make it on the big screen and appeal to older women who might already be in longer, more mature relationships.

The fact that these women are in more developed relationships doesn't rid them of the pleasure that arises from remembering their first real taste of pure, unfettered desire.

So, perhaps a first love really is the deepest. For one, first loves seem to help us craft our definition of love -- which, as we all know, varies from person to person.

And this definition appears to be the one off which we've based all of our relationships.

Throughout our romantic lives, the emotions we felt for our first loves have acted as a standard for every subsequent love.

In that sense, perhaps a first love is the deepest in a literal way, creating a foundation upon which other relationships build themselves higher and higher like a skyscraper until that first love becomes completely out of reach, too far down to be touched.

But is it really that easy to completely bury a first love?

After all, it affects other things besides just our romantic lives, too -- like, apparently, our movie preference.

Perhaps it's not that easy -- and perhaps that's OK.

In fact, Dr. Dardashti told me that holding on to those memories of our first love can be beneficial; doing so helps us remember how "surprised and open and receptive" we're capable of feeling and encourages us to bring that state into our current relationships.

A first love can be on the obsessive side, though, especially if it happened during high school.

Back then, Dr. Dardashti said, we didn't have as many responsibilities and weren't getting caught up in "the reality of life" yet, so it was easy to become "consumed" by the first love experience.

You don't want to carry any of these kinds of all-consuming expectations around, so it's important to be wary of how many obsessive feelings you bring into your current relationship.