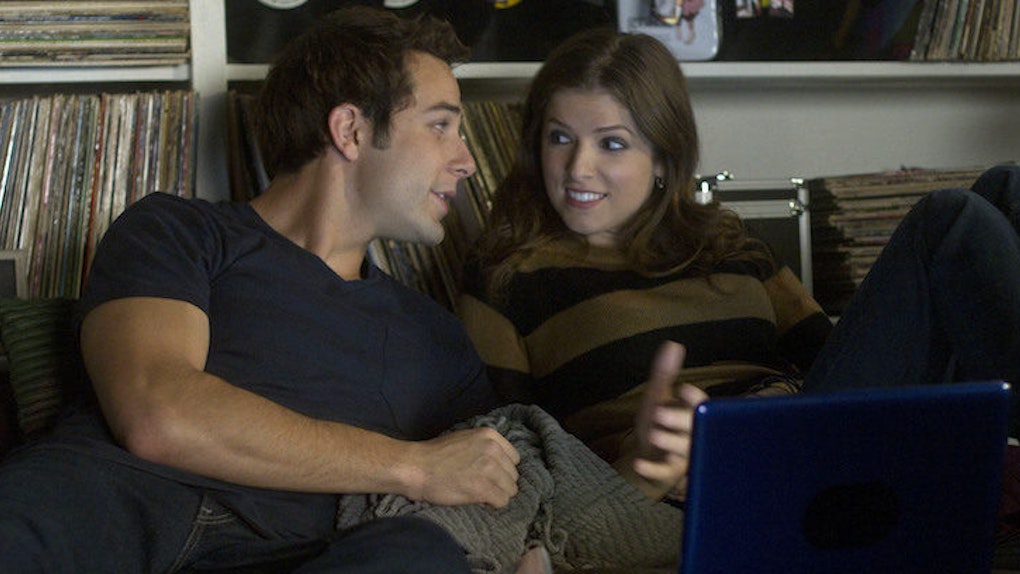 Dudes, It's Easy: 6 Ways To Get The Girlfriend Of Your Dreams

She walked past me in the opposite direction. Her face was eclipsed by a black umbrella tilted slightly forward, but I could see her lips, and my senses were tempted. At that moment, I was pushing through an after-work crowd with a friend in tow, talking about how to meet women.

Serendipity struck; my friend and I kept talking, but my heart wasn't in the conversation anymore. My head turned sharply, looking back as if caught by a fishing line, hooked and in tow.

Her jeans hugged her curvy form and brought attention to her feminine physique. Long, brownish hair with golden highlights cascaded over her shoulders and rested lightly against her back.

It was raining, ever so slightly, but still enough to feel the cold, damp air penetrate my clothing. The street was busy with people dressed in suits and overcoats leaving their offices, hustling to make it home for dinner and to find their favorite spot on the couch to kick their feet up.

I looked back again and she was starting to disappear into the crowd. Mid sentence, I broke away and ran back, dodging umbrellas, briefcases and power-walking office types. I got her attention as if I wanted directions and she stopped briefly to face me.

A look of surprise and caution formed on her face when I told her why I stopped her, then she started slowly walking away. A ton of people were walking through our conversational bubble, making it even more awkward as the space in between us widened, but I persisted.

“You walked past me and I ran back because I wanted to meet you,” I said. She was still moving away slowly, but I kept talking while staying planted to the ground. An awkward handshake through bustling bodies, an introduction and a minute later, her phone number was in my address book.

The encounter was brief, and it was even awkward, but that was the beginning of a romance which wasn't planned or predictable.

Women are waiting to be swept off of their feet by the right man who knows social etiquette and can read the signs, knowing when to advance and when to back off. When you approach a woman like a gentleman, she will be receptive, attentive and curious.

You leave her with a sense of mystery, which compels her to know more and leaves her with a smile on her face.

The truth is no couple wants to say they met online, at the club or through a matchmaker. She would rather tell her friends about the bold man who took action and approached, like a gentleman. It's a much more romantic and exciting story to be told.

If you start strong, it will demonstrate the kind of man you are and set the tone for your relationship. Approaching like a gentleman means being honest, direct and genuinely interested in the woman you're talking to. It also means avoiding cheap pick-up gimmicks and not being upfront about who you are and your intentions.

To get your ideal partner, you also have to be able to lead yourself and be open to rejection. Without leading yourself, you won't be able to lead others (crucial in a relationship as a man), and you will never get what you want because you are always going to be waiting for someone else to give you permission.

Without being open to rejection, you can never experience victory. Who wins without making any failed attempts?If you want the kind of relationship you've always dreamed of, then stop waiting for permission from others, stop seeking approval for what you want and be willing to fail big time to get it.

The process of meeting your ideal partner can seem tedious, but the alternative is settling for someone you're not truly in tune with just because he or she happens to like you, and there are no other options. Here is the exact process, step by step, which I used to get my own girlfriend, and you can use it, too.

For guys who only want to learn techniques, this is not for you. Quick fixes, instant gratification and not focusing on the big picture will get you limited results. For the rest of us interested in an amazing life and a long-term strategy, read on:

Pretending to be something you're not is a great way to repel women. Being real means you're vulnerable and exposing your self, showing who you really are. Many men don't want to do this because if they get rejected, they won't have a scapegoat to dull the emotional blow to their ego.

2) Speak To Be Heard

As a man, you want to be heard, so speak up. One of the creepiest things is when a man talks to a woman and automatically lowers his voice in submission, exposing his lack of confidence.

Speak up; only creepers whisper. Use your lungs properly so you don't sound like you're going through puberty.

3) Show Interest In Her

Don't talk about yourself; talk about her. It's a simple concept, but so many guys still ask, “What do I talk about?”

Show interest in her, and your conversation topic will be taken care of. You will learn about your prospective girlfriend, and she will appreciate your interest.

A gentleman speaks in an educated vocabulary and tone of voice. His words flow and his voice is soothing, deep and relaxed.

You don't need to go to Harvard; you just need to read books and practice speaking slowly.

This means not running away from challenges, and facing your fears. How you really feel about yourself will come out in your personality and behaviors.

Take on your greatest fears to build yourself into a confident man. It's easier to appear confident when you actually are.

No one likes a sleazy pick-up line; when you go talk to women, do so as a gentleman. Be upfront, direct and tactful. A gentleman doesn't use some technique or line just because he read a cheesy book that told him it works.

This is where your foundation as a man will form. If you're a lying, deceitful, social wreck, then you need to work on yourself first. Create a blueprint for your life based on who you really want to be and stick to it. Values don't count if they're just an afterthought.