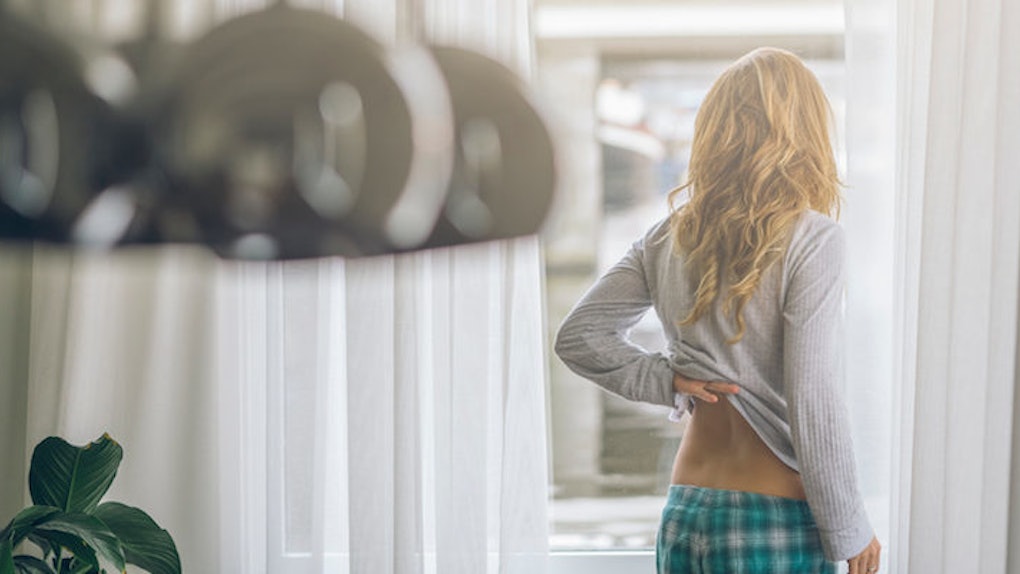 I know I can't be the only woman out there who says she's completely lost herself in a relationship. My first serious relationship was a roller coaster of emotions I had never experienced, and I was downright terrified of it.

I didn't know how to handle everything I was feeling, so I poured every ounce of myself into the person I was with. If he had said "jump," my first thought would have been, "How high?"

When he dumped me over a 20-minute phone call that mainly consisted of me bawling hysterically, I was completely devastated. When he acted like a soulless assh*le on the other end of the line, my first thought after hanging up on him was, "Well, what the f*ck do I do now?"

I proceeded to call all of my best friends until someone answered. Two of them finally drove over to my house to help console a still stupidly hysterical me. That's when I realized it.

When I had three mirrors (because my mom joined the pity party, obviously) looking back at me, I couldn't avoid my reflection anymore. Before my relationship, I was so incredibly sure of myself. My friends would always say they envied my confidence and independence.

I had become the woman I swore I would never be. I was the woman who threw everything she had into a relationship, and lost her whole self in the process. I was basically a walking Taylor Swift song (pre-1989), and that really pissed me off.

But fast-forward six weeks, one drunken phone call and one voicemail (on his end), and maybe two breakdowns (on my end). I'm starting to figure it all out again. Slowly but surely, I'm getting back to being me.

I had never met the "me" in a relationship until I met him. Turns out, I really hate her.

My issue was there was no balance. It was all or nothing for me, and that's how I loved him. But in loving him, I had lost myself. It's taken some time to realize I would never take our relationship back.

But I would take the "me" before him back. She was pretty f*cking awesome.

When you've been dumped and your heart has been shattered, you've been presented with an opportunity. I know it doesn't seem like it, especially when you've found yourself wrapped up in one of those all-consuming loves. You give a lot, and you only get a little. But you don't care because you love him.

That's your first mistake. Relationships are a two-way street. When you're the only one giving and your SO is the only one taking, you're letting someone take your whole self without a care in the world. When that person is gone, you're just lost.

The fact is, nobody is the same coming out of a relationship as he or she was going in. Relationships teach us things. They teach us about people and love.

But mostly, they teach you about yourself. So when you're dumped, heartbroken and lost, take the time to grieve. It is a loss, after all.

But take the time to learn how to love yourself again, too. Don't jump back into another relationship, and don't go crawling into the bed of someone else. I know it's fun to think the best way to get over someone is to get under someone else. But trust me, that's not the case.

Seriously, just do whatever you want. You want to hang out with your friends instead of going on a date? Do it.

You want to spend your weekends going out and surrounding yourself with the people who matter to you, instead of hanging with over 100 strangers? Do it.

Do you want to cut your hair? Do it.

If you live your life the way you want to live it, you'll get there. You'll find yourself again. Along the way, you'll find someone who fits into your life, rather than someone who takes over it.

So go ahead. Do whatever you want to do. Make your relationship with yourself the most important one in your life. There's nobody holding you back anymore.