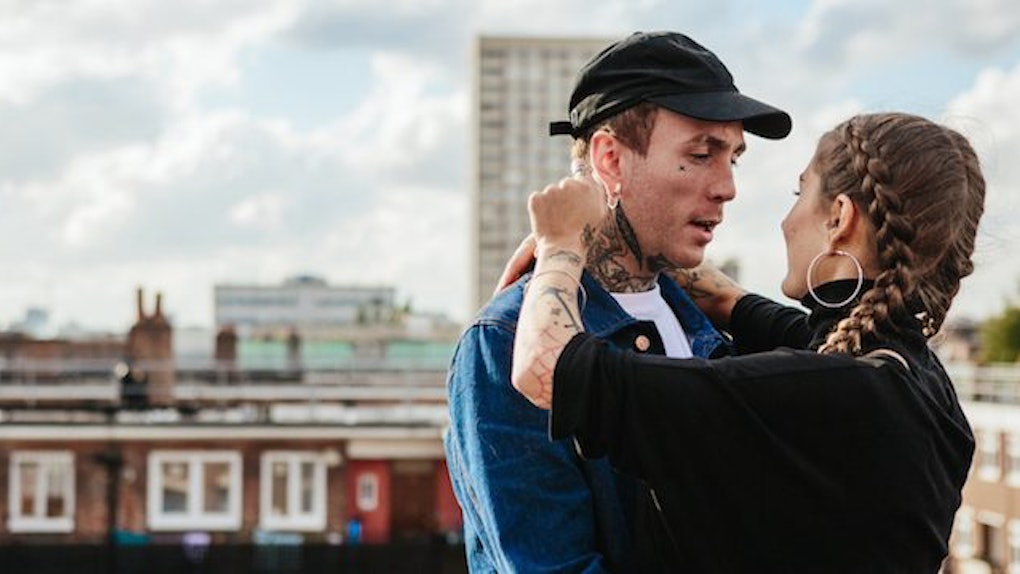 You Have To Accept Your Partner's Flaws In A Relationship

One evening, while riding the metro home from work, I overheard two girls nonchalantly discussing relationships.

Now, before you accuse me of spying, allow me to inform you I do not usually make a habit of listening in on other people's conversations.

OK, that's not entirely true. Allow me to rephrase that comment: I don't always make it a habit.

However, these particular individuals made it their goal to inform the entire train of their conversation, which therefore made it challenging for me (and everyone else) to ignore them.

The crux of the discussion went something like this: One of the girls has been dating a guy for a while, but now all they ever do is fight.

When asked by her friend what the arguments are about, the girl answered,

It's little things that add up to big things. I'm just now discovering he may not be the person who I thought he was.

The friend then asked her,

What do you mean?

I can't explain it, but I feel as though he's changed since when we first started dating.

Almost immediately, my interest was piqued.

Just a few months ago, I was caught uttering the exact same words to my best friend, as we devoured Chinese takeout on my couch.

With that being the case, I remained silent and intently focused on the remainder of the conversation between the friends.

The girl with the boyfriend continued to list all the changes that have occurred in her relationship, along with additional reasons why she no longer felt the man she was dating was "the one":

He snores. He leaves the toilet seat up. He occasionally suggests we split the check. He doesn't immediately text me back. He never wants to hang out with my friends and me.

And my personal favorite:

He doesn't make close to six figures a year.

In my mind, these weren't exactly deal breakers. After all, no one is perfect and expecting anything but is merely a recipe for disappointment.

When asked by her friend if the guy treated her well and if she loved him, the girl answered,

I mean, he's really sweet and attentive and I know he truly cares for me. How could I not?

But I just don't think we're the right fit.

As she uttered the words, it was impossible to ignore the palpable contradiction which dripped from each syllable. Almost immediately, my interest dissipated and transformed into overall irritation.

When my stop finally arrived, I was beyond relieved when the double doors opened and I could swiftly make my exit. As I began my usual 10-minute walk home, I suddenly found myself thinking about my own relationship with my current boyfriend.

In the beginning of our courtship, life was bliss.

My stomach was constantly filled with butterflies and a broad smile was incessantly etched onto my face. Every day felt like an adventure, but as time elapsed and our relationship progressed, I found myself questioning whether this individual was right for me.

For instance, we had contrasting views on marriage and children. He wanted both, whereas I was still trying to decipher whether a tomato was a fruit or vegetable, let alone if those components could eventually factor into my life.

The marriage and children part... not the tomato.

It wasn't until we spent time apart when I discovered the significant role my boyfriend played in my life.

It was during that brief period when I realized how much I truly cared for this person, and how I didn't want to go through life without him by my side.

You know what -- he isn't perfect. He can be moody, stubborn and occasionally complex. But those are characteristics that shape him into the man I love.

We may have opposing views on specific topics -- and sometimes we find ourselves arguing because of them -- but that doesn't make our bond any less special or diminish the way I feel about him.

Perhaps that's why I found the conversation on the train so annoying.

Relationships aren't crafted to be perfect. In fact, it's within the imperfections where the magic truly lies.

It's being able to love them at their worst and stand by them when life becomes difficult. Because if there's anything I've learned from my current relationship, it's that there won't always be butterflies and smiles.

There will be times when you want to scream and say things you probably shouldn't and frustrating moments where you never want to speak to your significant other again.

But at the end of the day, what matters most is your devotion and loyalty to one another.

Only someone who has a true understanding of love will comprehend this. After all, you wouldn't want to be in a relationship with someone who didn't completely accept you, so why would you expect anything different from your partner?