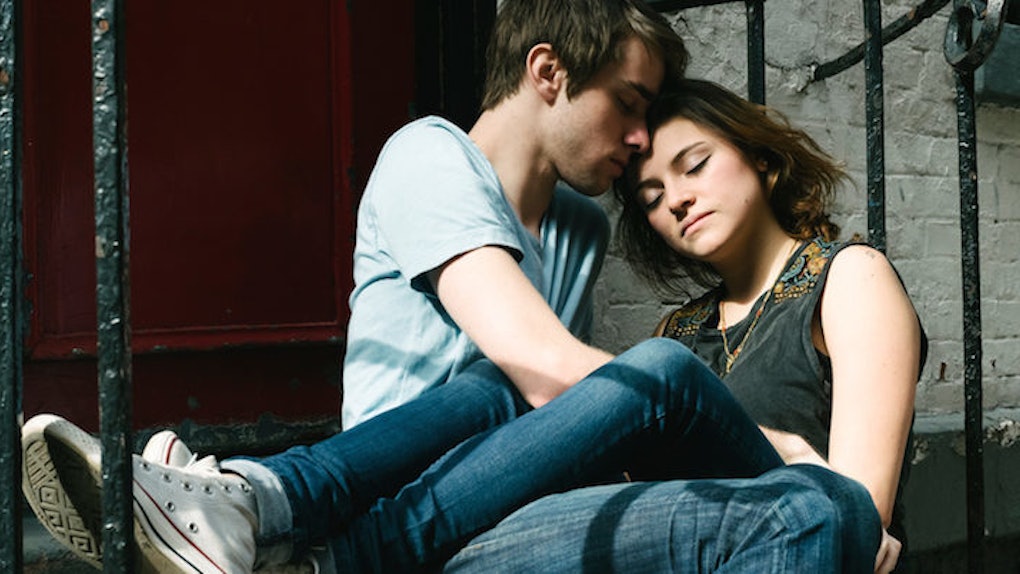 8 Reasons Why You Should Marry The Complicated Guy

I’ve never chosen to live my life “normally,” and I really don’t fancy spending my time around “normal people,” either. Why would I?

I guess I’ve always just considered normal things as a dime a dozen – and in a way, that phrase has always resonated with me, too – “a dime a dozen.”

I mean, think about it.

Imagine walking into a sushi place and getting two maki rolls for 10 cents. That’s my impression of “normality,” and to be completely honest with you, I’m not particularly seeking that quality in another person – and hardly aspiring toward those standards for my own self, either.

Then again, I’m “complicated.” The Costanza type of complicated. The breed of “complicated” that has a tendency to leave you with patches of hair ripped out, the type that always manages to fidget while the people around me are trying to pull (or push) in unison.

That also happens to be the type of “complicated” you should be actively looking for in a person to settle down with, and although it sounds rather counterintuitive, finding a complicated partner can often simplify relationships.

After all, if you can look past certain nuances in a person – and see the greater good in them – when you hit challenging times within your relationship, you’ll be able to maintain focus on the bigger picture there, too.

Think about any type of puzzle you might’ve come across in your life. Some may have been easy, and you very well might have breezed through them, but others – the most complex ones – either became a source of great boredom or pride, depending on on whether you gave up on it fast, or saw it through to the end.

Ultimately, you probably didn’t grow bored of the puzzle itself, or any of its complexities, either – you just grew bored of trying.

That’s the nature of complicated things, they keep you guessing, they keep you working – and if you get tired of putting forth that effort, then hey, that’s your own prerogative.

Yet, I will say, the best things in life will never come without work.

This is why “Easy Mac” takes just 30 seconds to microwave and costs under five dollars at the nearest gas station. You don’t want to settle for Easy Mac, though, do you? At least not for the long run.

It might be convenient that night you got a little too stoned, but convenience rarely equates to quality, and isn’t usually ideal.

Sure, “easy” people have their advantages, too. For starters, they’re, well, easy. They don’t rock the boat, arguments probably don’t pop up with much frequency and Lord knows whenever you’re pulling – they’ll pull, too.

It’s a great quality for those people who look to coast through life without ever needing a detour to seek out in a partner. Although, in my mind – a complicated mind – I see things differently.

Arguments and disagreements don’t prove incompatibility between people, they prove the existence of emotion within different people. One step further, and they show the infestation of emotion.

Passiveness, or apathy by any other name, is the flipside of passion. Complicated people are rarely apathetic, as you can see clearly through all of their eccentricity, which means they’re a glaring bull’s eye for other passionate people.

If you consider yourself passionate woman, or have a tendency to gravitate toward things that keep your interest long-lived – I suggest you marry the complicated guy.

1. Marry the guy who doesn’t give you everything you want the minute you want it.

2. Marry the guy who forces you to think – and just when you think you "get" him, you find yourself thinking some more.

3. Marry the guy who teaches you to see the world differently.

4. Marry the guy whose interests become your interests, simply because of the passion behind them.

5. Marry the guy you don’t view differently despite different stances on things.

6. Marry the guy who isn’t like every other guy you've dated in your past.

8. Marry the guy who keeps you guessing.

Look, I’m not trying to dig up any dead, overused clichés from the year 2014 or anything -- but if there’s one word that’s widely accepted across dictionaries as the opposite of complicated, it’s, ermmm, “basic.”

I’m sure you’ve read enough lists this year to understand that “basic” things are either greatly undesirable – or pumpkin-spice flavored. Either way, don’t take the easy way out and simply settle.

Complicated people may appear rough around the edges, and that’s fine, you can either hide or try to smooth them out yourself. By marrying, dating or even having a cup of coffee with a complicated person, it'll speak volumes about you.

It proves that you’re tolerant and, more importantly, curious.

Curiosity is one of the greatest tools you can ever carry in life because, when you have it, you’ll never find yourself bored. There will always be something, or somebody, to explore.