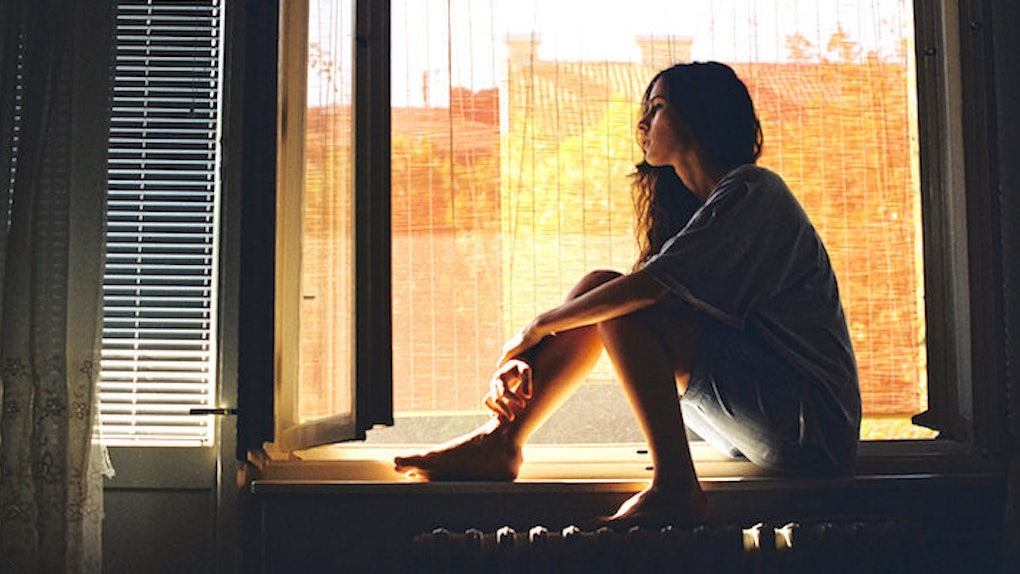 It's Not You: The 5 Brutally Honest Reasons Your Ex Broke Up With You

A few days ago, I received fan mail from a guy who had read my last Elite Daily piece, “The Difference Between Needing, Wanting And Loving.”

What caught my eye wasn't the length of his email, which was over 2,000 words, but the way he poured his heart out to me, and the heartbreaking details he shared.

He met a woman while he was traveling for work in Asia. The moment they met, they instantly connected. They could talk about anything and everything.

He felt as though some external forces were bringing them together. It all felt right.

It was more than just love at first sight. Even after multiple date nights and several long-distance Skype calls, the attraction between them was unstoppable. It was like they were soulmates, and they had finally found each other.

She had even suggested they involve their parents, and, of course, he agreed.

“My parents would love you!” he told her.

But then, things took an ugly turn when this woman went on this nine day trekking trip. She returned safe and sound, but on the inside, it was like she was a completely different person.

All of a sudden, she seemed distant. When he asked her what was wrong, she replied, “nothing’s wrong.” But her disinterest in their conversations had become more and more apparent. Then, on the third day, she called it off.

He was in complete shock. He tried to persuade her, but she told him she needed more time. He then set up a date, in hopes of rekindling some spark between them.

Unfortunately, their date that night was nothing like their first. There were no hugs and kisses, just formal conversations. He walked her home after dinner, and that was the last time he saw her face.

He got a text 10 minutes after seeing her, and it said she didn’t want to see him or hear from him anymore. Subsequently, she blocked him on all her social media.

He was crushed, utterly bewildered and destroyed. How could someone fall out of love so quickly?

He shared that the breakup has caused him to be distracted at work, and even his boss and colleagues noticed it. Even after two months, he is still traumatized.

He is unable to move on with his life. He can’t bring himself to go out and date other women. What is he to do?

Indeed, a heartbreak like this is a difficult one to bounce back from. Breaking up over just a single text message is cruel. Those missing puzzle pieces leave things hanging, and they make moving on so much harder.

This story had me pondering about love, and why we fall out of it. What exactly causes our hearts to change? And what does it really mean when people say things like, "It’s not you, it’s me?"

So, from my own experiences and those of many others, here is what really went down:

They are ready to move on in life without you.

Some time ago, your paths crossed, and you two fell in love. You had fun, traveled together, cooked each other meals and wrote each other cards. You lived, you loved and you laughed.

But now, your roads are starting to split. They are moving in different directions and to different destinations. One of you might have noticed it, or perhaps both of you know a future together isn’t feasible anymore.

I broke up with my first boyfriend when I was about to start my freshman year in college. (Well yeah, I’m the ass here.)

We were just a few months in, and we were pretty much still in the honeymoon phase. However, I knew in my heart the relationship wasn't going to work.

I was embarking on a new journey in my life. I would be starting school in a new place, meeting new people and going through new experiences. I realized having a boyfriend was only going to be a distraction and a burden.

Moreover, he had no direction in life at the time. His grades weren’t good enough to get him into the school I was going to.

When I asked him what his next step was in life, he shrugged and answered, "I don’t know." In that moment, I realized we were going on different paths in life.

Perhaps I was being selfish, but I’m not ashamed to admit that. I loved him, but sometimes in life, love just isn’t enough. And sometimes, love weighs you down.

So, I set us both free. I cried hard into my pillow that night after our last meeting. I lied in bed, asking God why it hurt so much to leave somebody, even though I knew it was the absolute right thing to do.

They have fallen for someone else.

And that doesn't necessarily mean he or she doesn't love you anymore, or have forgotten about you altogether. This person still loves you, but he or she also has other desires.

Well, if certain people are much happier with other people, let them go. Don’t even try to win them back.

Perhaps it’s my pride talking, but I don’t see how begging them coming back to you makes anything better. At most, you get back half-hearted lovers, and after, you’re going to resent them for breaking the commitment.

What’s done is done. I’d rather move on.

It’s not about “being the bigger person.” It’s about you being a self-respecting, self-loving person who knows you deserve better.

Don’t set yourself up in a worthless waiting game.

Well, of course, not all cases have to result in breakups. Sometimes, people do fall back in love with each other after they found out other people can’t fulfill them like how their girlfriend, boyfriend or partner does.

Yes, people make mistakes. We all do.

Having said so, forgiving is easier said than done. And some mistakes just aren’t worth forgiving.

They weren’t truly in love with you in the first place.

They said yes to the relationship because you asked, the idea didn’t turn them off that much and they didn’t want to reject you. So, they decided to just play along.

Did they want the relationship as much as you did at that point in time? Well, perhaps the truth is, they didn’t even know it themselves.

Some "lovers" just want to have fun. They aren't looking for serious commitments.

Maybe they aren’t ready for it yet, but that doesn’t make them lousy lovers or companions. In fact, their carefreeness might be the reason why the relationship was so exciting.

But no, they aren’t in love with you. They just like the concept of being in a relationship, the idea of being loved and cared for by another.

But the truth is, they aren't yours to keep. And as soon as the next better options come along, they’ll jump ship.

They’ve lost the feeling and touch.

Love is a feeling, and like all feelings, love can fade. Sometimes, it's over a substantial period of time, and sometimes, it's just over a couple of days.

Us humans like to experience new things; it’s just how our brains are wired. Our animalistic sexual instinct is constantly telling us to look for better mates. This is why we get bored when we get the same old thing over and over again.

Some couples break up because they no longer have a sexual attraction between them. The touch is gone.

This is why it’s important for couples to create new memories together. Go take a vacation, just the two of you. Try new things in the bedroom. Spice things up a bit.

But sometimes, it can be too late. The flame is gone, and fanning it won't rekindle any more passion.

They are no longer happy with you.

Negative feelings and thoughts have seeped into the relationship. Little about the relationship is uplifting anymore. You have happy memories, but they belong to the past.

Now, there is contempt and disappointment. Mistrust and jealousy overshadows the love you have.

Perhaps, something traumatic happened. You would like to forget about it, but you just can’t. This can include cheating, unwanted pregnancy, addiction, parental objection, religious differences, etc.

You fight more often now. Things often get blown out of proportion. You both know it, but neither of you are willing to compromise. You are still obsessed with each other, but in a toxic way.

Has this ever happened to you before? The more you’re angry with this person, the more you want to talk and think about him or her.

Sometimes, things can start out so well, but it’s not how things begin. It’s how they end.

Many times in life, things simply don’t go according to how we want them to. Perhaps, it’s a test of your love for each other. Or, it’s the tiebreaker saying, this is where it ends.

Sometimes, falling out of love just happens, and it’s nobody’s fault. Though, some mistakes aren't mistakes. They are simply mischief.