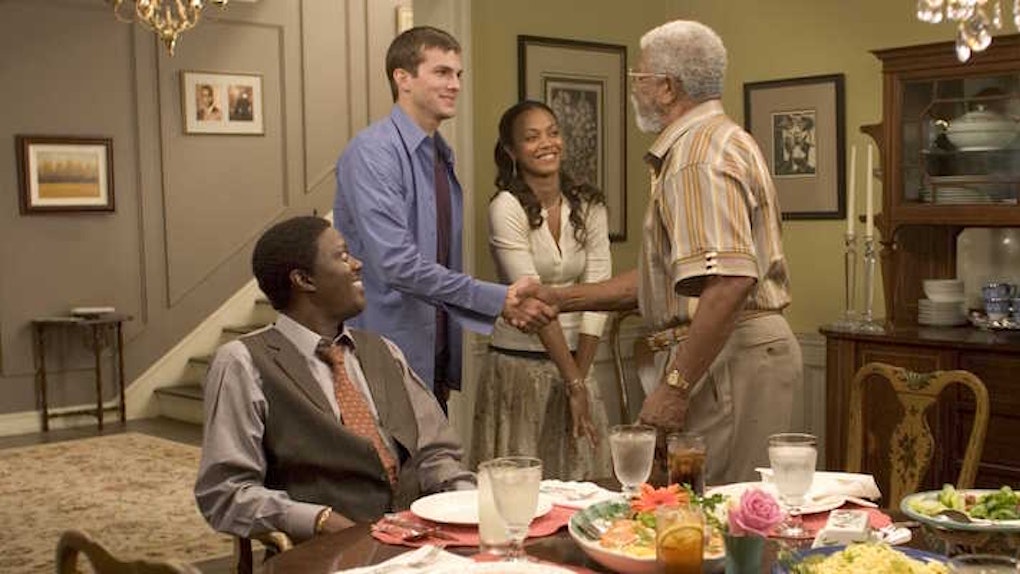 Meeting the parents for the first time is a milestone you reach when you take your relationship to the next level. For men, this is the "make it or break it" phase that can either set you over the top or keep you in a box.

Usually, the mom is always excited to see who has her daughter in such a chipper mood. But there is one force that not only dislikes you before he meets you, but it's also almost like he wants to see you fail. This is her dad.

He's protective. He's irrational, especially when it comes to his daughter. He's the final test you have to pass before she's completely yours. Here are four ways to make sure you ace it:

Everyone in the family is going to want to know everything about you. Of course, your girlfriend is going to paint the picture of you being absolutely perfect. Obviously, you're going to try to live up to her words.

But her dad will come with a set of his own questions. They might scare you or make you uncomfortable, but there is a way to counter them: Fight fire with fire.

Gather any information you can about him, and use it to stimulate the relationship. If you enjoy the same sports, find out what his favorite team is. It would almost be too perfect if you two rooted for the same team, but if you like a rival team, you could start some back and forth banter.

If he likes to read books, engage him about that. You have to basically learn this man inside and out. Being over-prepared is a plus in this situation.

2. Break out the chivalry book.

Every move you make will be scrutinized from the moment you walk through the door. Showing how much of a gentleman you are can really earn you some cool points.

But you have to be careful because the lines between being genuine and being an ass-kisser can be blurred. First of all, make sure not to indulge in any PDA whatsoever. Don't even think a nasty thought about his daughter because he will somehow read your mind and hold it against you forever.

If she kisses you on the cheek, put on your biggest smile and act like it's the furthest you've gone with her. There are little things you can do as well, like opening doors or standing when she enters or leaves a room.

But if you really want to make an impact, make sure to also impress her mother. Her mother is the spinal cord that supports her dad. If you can impress her, it's almost certain to rub off on her dad.

Be careful, though. You don't want to come off as flirty.

Meeting her dad for the first time is like interviewing for a job you've already had for a while. Leading the conversation here can work heavily in your favor.

For one, you can talk about how qualified you are to be with his daughter, as well as a multitude of other things like your family and your short and long-term goals.

You leading the conversation keeps the ball in your court. You don't have to go outside your comfort zone. Note that if he's letting you lead the conversation, then he's probably interested in everything you have to say.

If her dad isn't a talker, the silence can be golden. If you can sit in the same room with each other without him beating you over the head, you've made progress beyond measure.

This whole time, your girlfriend has been boasting about you. Her mother has been vouching for you based off her daughter's boasting.

But at some point in time, you're going to have to have a one-on-one chat with the parents yourself. It all boils down to respect.

From my experience, there was a major turnaround in her parents' attitude once I initiated some alone time. This is his little girl, and getting his approval is everything. I know it's not quite the same as handing her over in marriage, but it's a start.

At the end of the day, meeting her dad is just two men with a connection talking to one another and getting to know each other on a personal level. So, don't be discouraged if you don't get your "yes" right away. Just accept that you're one step closer to passing the test.

When you break it all the way down, meeting your girl's father can get a bit overwhelming at times. But if you stick to these steps, you're sure to see the light at the end of the tunnel.

Before you know it, you'll be on a first-name basis and going on fishing trips together.