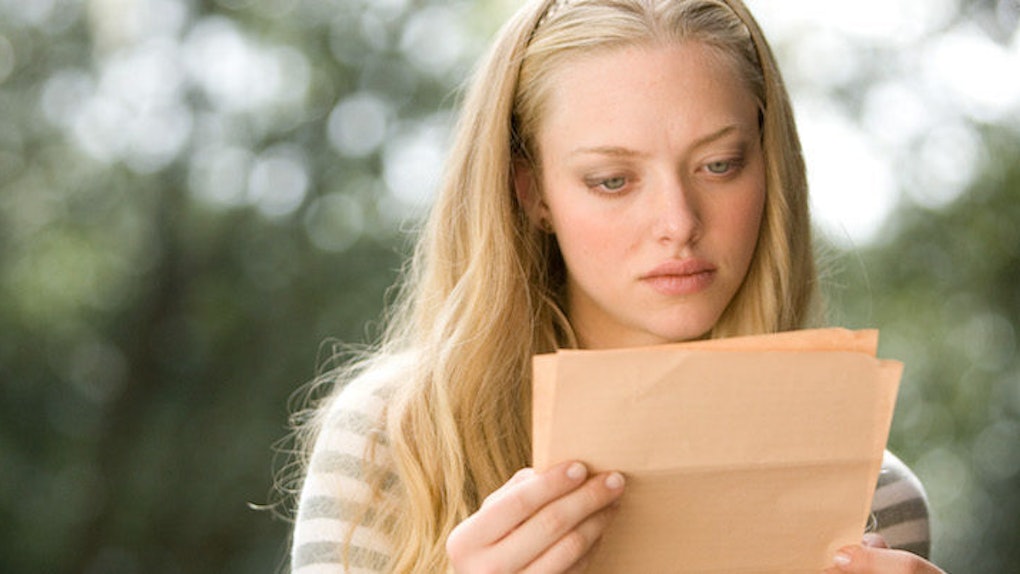 4 Reasons I'll Never Get Into A Long-Distance Relationship Again

I still vividly remember the day in May 2014, when I said goodbye to *JiHoon at the airport.

JiHoon was very quiet, reserved and had a bit of a mysterious aura about him. But it was only during January of 2014 that we really became close.

One day, he asked me if I wanted to come over to his house to study for an exam we had the following week. I enthusiastically agreed.

I'll leave what happened at his house to your imagination. But after that day, we decided to start something. We were inseparable afterward, raiding Starbucks on a daily basis to study and even getting shit-faced together.

Then, JiHoon graduated. Four days after graduation, he picked me up outside of the campus library to break the heart-shattering news to me: “I'm going back to Korea in three weeks.”

My stomach started churning and tears started welling up. I knew going into the relationship he'd go back to Korea one day.

He and I decided we'd keep it going, even after he went back home, promising we'd try our best to see each other whenever we could. We lived the next three weeks to the fullest, going to Cedar Point and taking mini vacations all throughout Ohio. It was absolutely unforgettable.

Then, the day came for him to go back home. I remember standing outside the security checkpoint, hugging and sharing one last passionate kiss.

This time, he cried too.

After he was back home in Korea, I became miserable. I felt a huge void in my life. We talked every day, but the relationship was never as fulfilling as it had been in the past. We both became angry, frustrated and hopeless regarding the future of our relationship.

Ultimately, the distance was probably the biggest reason we ended up breaking it off. And these are the four main reasons why I'll never get into a long-distance relationship again:

This is a big one, and it's probably the most obvious. Half of what makes a relationship function properly is physical touch.

Whether you both have an insatiable, carnal desire to bang each other's brains out on a daily basis or simply want to hold hands and kiss each other here and there, we humans need physical touch.

We want the security of having that special person to go to when we want some lovin'.

When you go from having that physical touch to having to give it up cold turkey, both parties become stressed out. You're constantly surrounded by potential substitutes, but you always turn them down because you know no one can measure up to bae.

And you remain confident you'll see him again, so you calm yourself down. But it still gnaws at you when you really need his embrace.

When will I see you again?

What really sucks is when you have no idea when you're even going to see him again.

I was growing despondent because I really missed JiHoon. I hadn't seen him in four months. I missed his kisses, his hugs, his stupid jokes and the smell of his Bleu de Chanel cologne.

JiHoon was in the midst of looking for jobs, so he couldn't just get up and leave, which was completely understandable, as frustrating as it was for me.

Still, we trudged through the next eight months of our relationship arguing about this.

This is a very frustrating situation in many long-distance relationships. Obviously, the two parties care about each other, but we've both got our own lives and our own priorities.

Obviously, the two parties care about each other, but we've both got our own lives and our own priorities.

Sometimes, we might not have the resources to get there. It's not easy to drop everything and fly halfway across the world to see each other, even though some may argue otherwise.

No physical touch, not seeing each other and not being able to spend time with your significant other quickly add up.

You reach a point where you're constantly fighting about the stupidest things, and everything circles back to how frustrated you both are that you haven't seen each other.

While you both apologize, there's no way for you to consummate that. Are you really on good terms? He says he's OK and that we're good, but he still sounds pissed.

When JiHoon did this during our phone calls, I would confront him.

“No, you still sound pissed,” I would retort. Then, he'd sound even more flustered, tell me he was tired and try to get off of the phone.

Not being able to look your partner in the eye and see what they're feeling sucks. What sucks even more is when you can't stop your partner from walking out of the conversation without resolving the issue.

Not being able to look your partner in the eye and see what they're feeling sucks.

Over the phone, you never really know. You're constantly left with a shroud of doubt, which slowly begins eating you alive.

Weakening of the relationship

The constant bickering, frustration, loss of intimacy and doubt in each other ultimately leads to the weakening of the relationship.

You're sexually frustrated, insecure about yourself and you're both disappointed in each other for not being able to make the trip to see each other.

This combination of negative emotions creates the ultimate breeding ground for infidelity or a break up — a bad one, at that.

The bottom line is, long-distance relationships might be feasible, as there are plenty of people who have made them work.

But for those of us who really value touch and intimacy, it may be difficult.

We need to be together in person during fights.

We need to lay next to our partner and smile contently because we're happy their warm arms are resting right on us. We need them to hug us and kiss our forehead when we're upset we didn't ace that exam.

When we lose these things, a long-distance relationship can feel like building a roof over a house without a proper concrete base.

It will eventually collapse.

A long-distance relationship can feel like building a roof over a house without a proper concrete base.

For those of you who feel you can take the challenge, more power to you. But as for right now, I'm not sure I'm prepared to put myself through that again.