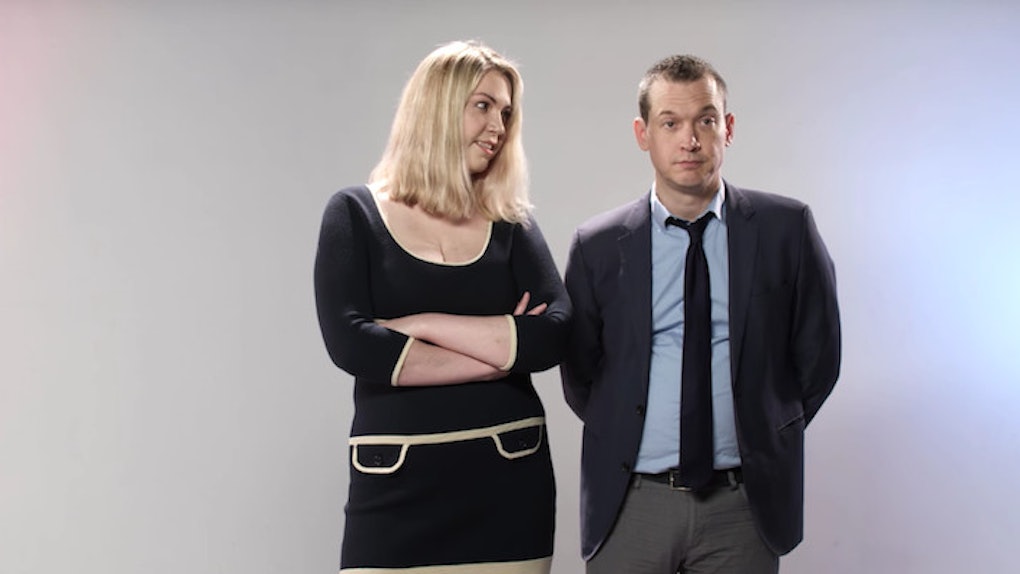 Couples Reveal Why The Election Results Caused Them To Break Up

Whether or not your candidate of choice won or lost last night, you may have heard a lot of noise from supporters of either side.

Maybe it was in-person, on social media or even straight from the mouth of someone sitting beside you.

While politics shouldn't come between you and the people you love dearly, sometimes it does, especially after an election that's been filled with plot twists, one-liners, and overall shock.

So while some might be mustering up the energy to bridge together a divide they experienced with an SO throughout the election, others are cutting ties altogether, all in the name of democracy.

Here are four couples who admitted why they broke up after last night's presidential election results rolled in:

1. I had to personally dump Trump.

My boyfriend of four months was a big Trump supporter. He spent a ton of his free time campaigning for Trump around town. It bothered me because I'm a hardcore Democrat, but it was manageable because we never let our political differences interfere with our relationship. We never tried to convince one another to change our political affiliations. But after last night, when Trump finally won, I realized I couldn't see myself with a guy who supported such a monster, and I couldn't see myself with someone who helped elect a sexist guy into office. Maybe I took my election result frustrations out on my boyfriend, but I just couldn't see a future with him anymore. We broke up at 4 am, and I don't plan on seeing him again.

I told everyone I know that if Trump won, I was going to move abroad, and I'm keeping that promise. I already booked my one-way plane ticket. I don't know how long I'm going to stay abroad, but I'm leaving in January. So because of that, I decided to break off my six-month relationship. It wasn't because we had different political affiliations; we were on the same team. It was because I plan on getting out of this country, and I don't want to be in a long-distance relationship.

3. I fell in love on the campaign trail.

I've been campaigning hard for Clinton for a good year-and-a-half. I quit my full-time job and went freelance just so I could campaign for her. About five months ago, I began spending a lot of time with a group of campaigners, and I ended up getting close with one of the guys. I was already in a year-long relationship with someone, but I guess I fell in love with someone else along the way. The campaign guy and I made a promise that if Hillary won, we'd go our separate ways. If she lost, then we'd admit we were in love and fight to be together. That's what we did. I broke up with my current boyfriend this morning, so it's still pretty fresh.

I can't speak. I can't eat. I don't want to leave my bed. I shattered my cell phone because I got annoyed reading articles on Facebook about Trump's victory. My boyfriend was a Trump supporter. He didn't campaign for him or anything, but he did vote for him. I'm so sick to my stomach. The thought of leaving my apartment makes me want to cry. I told my boyfriend we're done. I just want to be alone. I need my space right now.