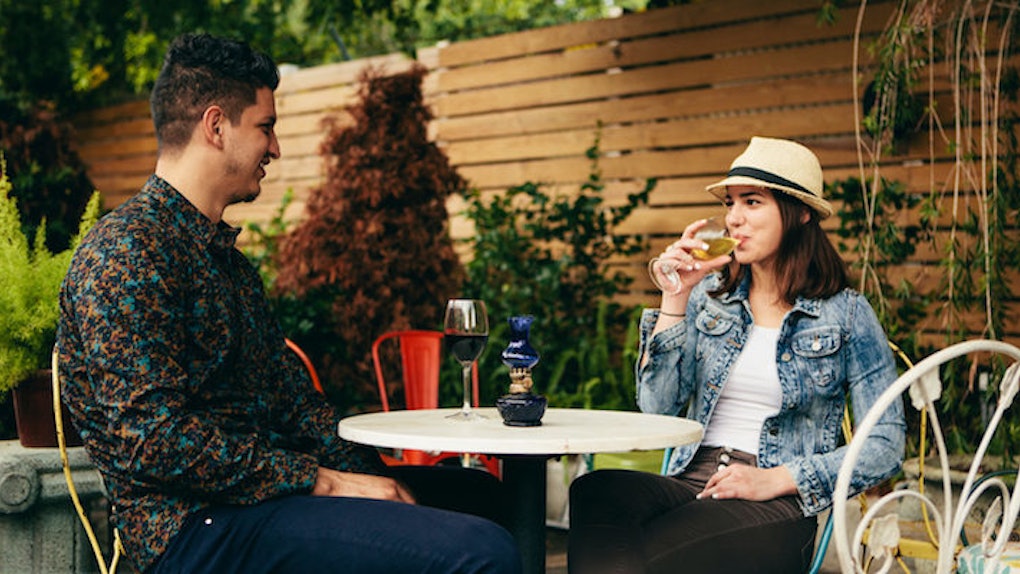 36 Thoughts You Have When You're Too Nice To Reject Someone

It's a dog-eat-dog world when you're in the dating pool. You can't be too picky, but don't want to settle either. If you take too long to make a move, a less attractive predator will pounce on your prey. (Subtle confidence booster: they're always less attractive, even when they aren't.)

It's a stressful task to decide who's worthy of your time and who's not. When you're out for a few drinks with your friends, you have to make these decisions on your feet. "Let's run from this one." "Move closer to that one." "That one's the grand prize."

During your hunt, Being approached by a guy who just doesn't meet the mark is inevitable. What happens, though, when you're having a good conversation with a decent guy, but you just don't see it going anywhere? You know you don't have any desire to initiate the hookup, and you certainly can't see yourself dating him. How do you tell him you just aren't interested?

It's not always easy to look someone in their face and reject them. When a guy is a total tool and insults your worth, it's easy to puncture a huge hole in his ego. When a guy is friendly and funny, though, saying "no" isn't a simple task.

There's no right way to tell someone you aren't interested, and it'll probably leave a tiny ego bruise however you say it. Guys will criticize your choice either way.

In the past, I've expressed my disinterest early on, only to be told I was a bitch for assuming he was trying to hit on me. Naturally, I waited for the guy to make a move after that. As expected, I was branded a bitch for leading him on and wasting his time.

Now, I've resorted to keeping my thoughts to myself and hoping my friends will save me from a guy they know I'm not feeling. It's immature and pretty fucked up, if you ask me. I've already tried saying “no,” so what's a girl to do?

Here's a look into the thoughts of a woman who's just too damn nice to say “no.”

1. Oh, I really hope you're looking at the girl behind me.

8. Maybe he's only here to make a friend.

10. Will he notice if I start backing away slowly?

15. Maybe I can pretend to have a boyfriend so it's not a straight “no.”

18. Did they really leave me with him?

23. I know we're also having such a great time here.

24. Damn, if only your friends wanted to go to the same bar as us.

25. This is going better than I thought.

35. Look at how disappointed he is.