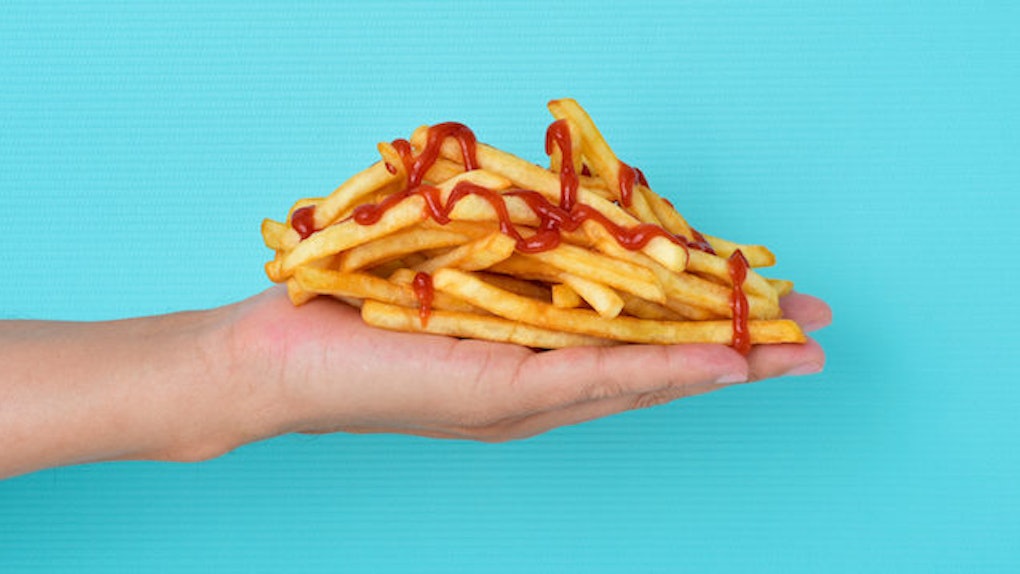 Junk Food Addiction Is Real, Here's How To Tell If You Have It

Junk food addiction is the same as addiction to drugs, alcohol or narcotics.

Being addicted to junk food might not be as powerful, however, but it involves the same areas in the brain and the same neurotransmitters.

Unfortunately, we are exposed to it every single day, and buying a handful of candy is usually just a few minutes away if we happen to get a craving.

Doctors and scientists have developed specific criteria to determine whether substances are addictive or not. It is called DSM-IV (Diagnostic and Statistics Manual IV).

According to these guidelines, a substance is addictive if it meets three or more of the following seven criteria: withdrawal, tolerance, continued use despite harm, loss of control, attempts to cut down, salience and reduced involvement.

Let's explore each one and see how this applies to junk food.

This is hard to measure in humans. Personally, I don't feel withdrawal symptoms when I stop eating sugar, but many people claim to experience withdrawal.

I'm pretty sure this hasn't been scientifically confirmed in humans. However, if we take a look at our best friends (the rats) then it turns out that they experience withdrawal symptoms when they give up sugar.

I think there is plenty of anecdotal evidence for this. This is pretty much what happens when people binge on junk food, they need to eat more and more to cause the same amount of dopamine release.

This is because the brain develops a tolerance to the rewarding effects of junk food. This was confirmed in the same rat study.

3) Continued use despite harm

Alright, enough with the rats.

Do people continue to eat junk food despite knowing that it is harmful?

The answer to this is obvious, people eat junk food despite it causing them real and severe physical problems. Unhealthy food indirectly kills millions of people each year and it is becoming a much bigger health problem than smoking.

Do people know that junk food is bad for them? Obviously.

This one is obvious too. Many people try to do something about their health and fail after a few days or weeks.

They don't have control over their consumption. They decide they're not going to have any, but do it anyway.

5) Attempts to cut down

Many people repeatedly attempt to cut down on junk food, but are unable to.

This is very common, and the main reason why it is so incredibly difficult to eat only in “moderation”.

This is where the cravings come in. When we crave something (like a candy bar) it is very hard to get it off our minds. There is an obsessive, compulsive drive to obtain it that is very hard to resist.

Salience can make it hard for junk food addicted to stick to any sugar-free or low carb diet.

Some people have cut down on involvement in activities due to their inability to control junk food consumption.

For example, when an individual doesn't want to go to a party knowing that bingeing in front of other people will most likely lead to embarrassment.

Do three or more of the preceding symptoms apply to you when it comes to junk food? If so, then according to medical definitions, you are addicted.

I'd like to mention that not all people get addicted to junk food, but many do.

Personally, I believe that junk food addiction is at the heart of the obesity epidemic.