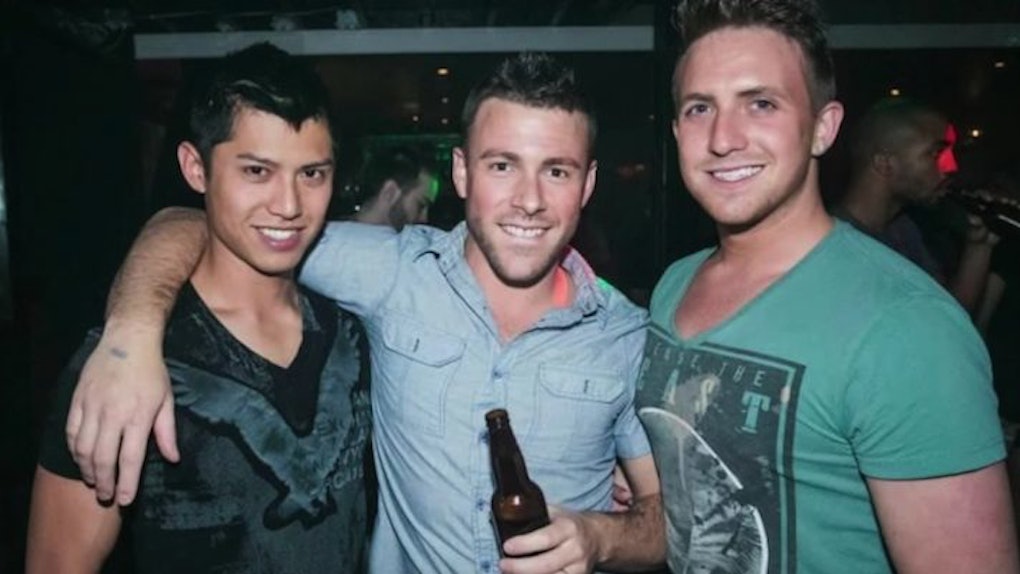 When Nova Scotia residents Adam Grant and Shayne Curran wed two years into their relationship, they were hardly expecting to be divorced a year later.

According to Daily Mail, the lovers first met at a bar in Halifax, Nova Scotia in 2009 and felt instantly drawn to one another.

A year later, the spouses were going through a sexually adventurous stretch and met Sebastian Tran out at the same Halifax bar where they met.

What began as a brief mutual attraction revealed itself to be something more profound and, before long, the three men found themselves involved in a polyamorous arrangement.

Navigating the relationship was treacherous at first, with all three involved worried about hurt feelings and guilt. As the relationship became more serious, Grant and Curran divorced in an effort to foster equality between all three members.

The men, none of whom engaged in polyamorous relationships prior to their commitments to each other, hope to one day have children with the help of Curran's sisters as surrogates and Tran's sister as an egg donor.

The trio plan to throw themselves a “low-key” wedding with friends and family to celebrate their union, though they have not yet set a date. Until that special day comes, they will enjoy one another's company and the thrill of their dreams for the future.

Citations: Gay married couple who got divorced after just one year to include a THIRD man in their relationship now plan to have children with their sisters as surrogates (Daily Mail)