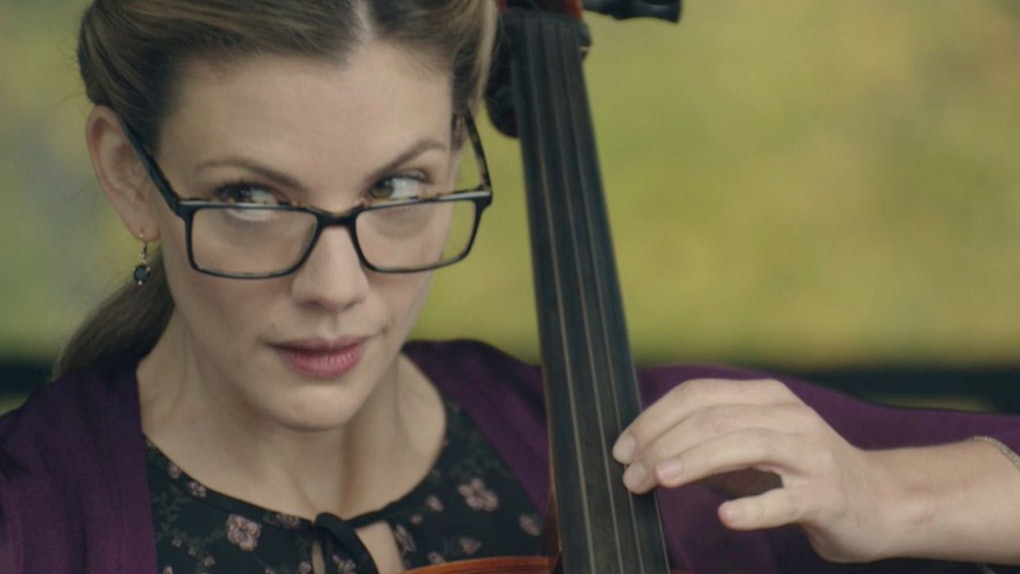 Who Was Miss Grundy's Husband On 'Riverdale'? Here's Everything We Know About Him

Season 2 of Riverdale is only two episodes deep, but things are already getting intense. Murder, mayhem, mysteries — practically the three Ms of Riverdale and Greendale — are taking over and one of the victims of it all happens to be a certain music teacher. Yes, last week's episode shocked the heck out of us all when Miss Grundy returned in the final moments of the hour only to be strangled to death by a masked assailant. Another whodunnit to ponder.... and her violent ex comes to mind. But who was Miss Grundy's husband on Riverdale exactly?

Miss Grundy has a complicated, controversial, and criminal past. We have a few pretty obvious ideas about one motive concerning her murder, considering she engaged in illegal activity with an underage student (ahem, Archie.) But last season she also revealed that she was hiding from a dangerous previous life and that pretty much everything about her identity was a lie. Are those glasses even real? Did she have valid teaching credentials? The world may never know. But we do know a thing (or four) about the man she used to call her husband. Ah, just another suspect in Riverdale to get to know better.

Miss Grundy and Archie had an illicit affair that ended abruptly, but there was some closure and an important revelation along the way. Geraldine left town and her current teaching job after they were found out and moved across the Sweetwater River to Greendale, but before her departure she admitted that she was a domestic abuse surviver who fled a relationship with her former husband. Her story stated that he used to beat her so badly that she even ended up in the hospital, once with a broken ribs and a shattered collarbone. Despite his pleading and promises, she left him and started a new life so he couldn't find her. Well, that explains this...

Leave it to sleuthing extraordinaire Betty Cooper to discover the truth. It turned out that Grundy's real name is actually Jennifer Gibson and Geraldine Grundy was in fact an elderly woman who had recently died and Gibson/Grundy took her identity in order to hide from her ex. In the Archie Comics, Miss Grundy is a stuffy older teacher, so there's a nice nod to the OG material it was adapted from. Of course this is way more scandalous and probably makes way for even juicier storylines to come.

Last season, when the riddle of Jason Blossom's death was on everyone's mind, Grundy's was on some peoples' suspect shortlist. A theory floated around that perhaps he mistook Jason for Archie when he got wind of the teacher/student affair that was going on. We all know by now that wasn't the case, but perhaps he still has revenge on the brain?

4. He Could Be Out For More Blood

So, Miss Grundy's murder was described as a "crime of passion." Hmm. Apparently the killer used a weapon that was readily available and not necessarily part of the plan — a cello bow. Archiekins thinks it's the very instrument he gave Grundy as a parting gift, which would explain a lot. Archie = enemy in this situation. People close to him are dropping like flies and the Angel of Death is wreaking more havoc than we could imagine. Grundy's ex husband has a very plausible motive when he comes to his wife and possibly Fred Andrews, but what about the other crimes plaguing these towns of late? Things don't exactly add up. There's always a chance he's involved, but time will tell if he's the man in the black hood. We seriously hope we don't have to see more people die to get some answers. Dun. Dun. Dun.