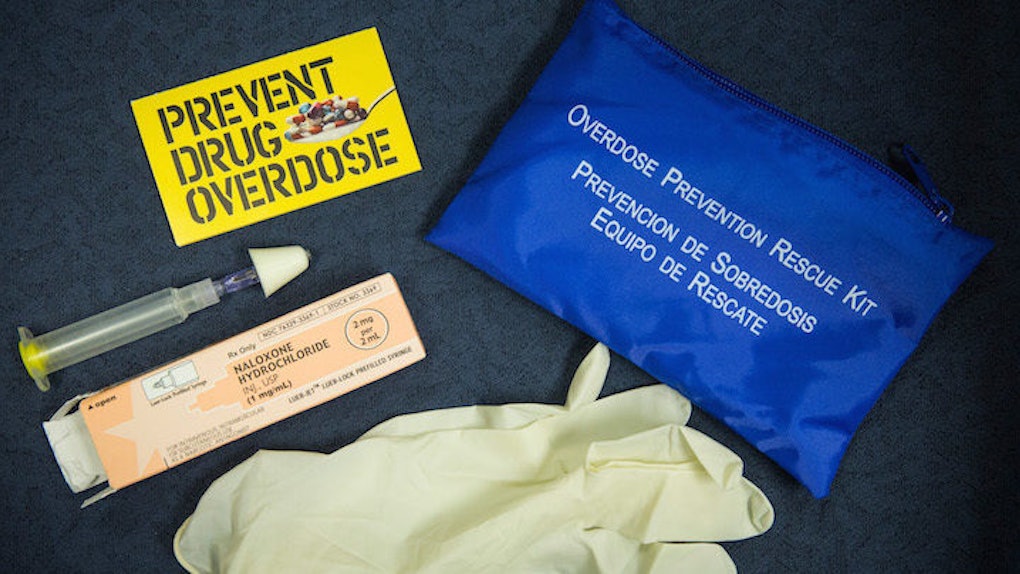 6 Things You Need To Know About The Opioid Epidemic, From An Expert

America is facing a major crisis with the opioid epidemic as increasing numbers of people are becoming addicted to opioids, like painkillers and heroin.

There was a 200 percent increase in the rate of deaths from opioid overdoses since 2000, the CDC reported in January. We're at a point when more Americans are dying from drug overdoses than car crashes.

The opioid epidemic is a huge problem Americans need to confront. Dr. Patrice Harris, chair-elect of the American Medical Association Board of Trustees and chair of the AMA Task Force to Reduce Opioid Abuse, told Elite Daily:

There’s an unacceptable number of folks who are dying from this.

We spoke to her about what Millennials should know about the opioid epidemic.

Over-prescribing painkillers was a major cause of the epidemic.

While Republican presidential candidates say this problem is linked to drug dealers from Mexico and South America and use it as an excuse to build a wall on the southern border, this increase in addictions likely came from a growing amount of legal prescriptions for painkillers.

In the '80s and '90s, Harris explained, there was a belief physicians weren't properly treating pain. Meanwhile, new drugs were introduced to the market, including OxyContin, and early marketing suggested these drugs were not addictive.

Doctors began prescribing these drugs to treat pain. This was impacted by the fact many insurance policies do not cover non-pharmacologic pain treatments, like forms of non-medication therapy, so it was one of few options.

Rising numbers of overdose deaths were also probably caused by the stigma attached to addiction. People may have been too ashamed to seek treatment, leading to further complications.

Opioid addictions are not moral issues.

Harris said Millennials are more likely to already be "enlightened" about this, but it's an important point:

Substance abuse disorders... are not a moral failing, they’re not a character flaw and it’s not about a lack of willpower.

This was a point Harris brought up when she spoke at the National Governors Association in Washington, DC last weekend.

We have to be careful how we use painkillers.

Painkillers are regularly prescribed for things like surgical procedures and injuries and can be helpful to relieve pain. But you have to take responsibility and be careful about your use.

Harris said you should take medication exactly as prescribed by your doctor, and definitely do not share pills with anyone. Only use the drugs until the pain is light enough you can treat it with Ibuprofen or Tylenol, and safely dispose of any leftover pills.

We believe that these medications should be taken at the lowest effective dose for shortest duration of time.

If you think you or someone you know has an addiction problem, talk about it.

If you are prescribed a painkiller and start taking more pills than directed, "that should be a red flag," Harris said.

The first step if you believe you or your friend has an addiction problem or is heading toward a problem is to talk about it. You should find someone you trust and tell that person you're worried.

This could be a trusted friend or family member or a physician. If you're in high school, you can talk to counselors, and if you're in college, you can go to your student health center.

There are many hotlines you can call for help, and some states have their own hotlines set up. Many local medical societies have programs to help with opioid addiction. Harris pointed to "Think About It" in her state of Georgia.

It's not just up to you -- national organizations and politicians are trying to slow the crisis.

The AMA opioid task force, which Harris chairs, has five goals. This includes changing how physicians prescribe painkillers and making sure doctors have all the information on a patient's medication history.

Two of the AMA's goals revolve around reducing the stigma, both of pain and of addiction. In a statement given at the National Governors Association last week, Harris said:

Patients in pain – and patients with a substance use disorder are our patients. They are not 'fakers' or 'junkies' or 'addicts.' They are people who need our help.

The AMA also suggests increasing access to medications that help with addictions. This includes naloxone, which can save lives by reversing overdoses.

Just last week Narcan Nasal Spray, an easy-to-use spray version of naloxone, was made available by Adapt Pharma at a discount public interest price, in partnership with the National Association of Counties, National Governors Association, National League of Cities and the United States Conference of Mayors.

The more we can make people aware and remove the stigma, educate and make sure Narcan is available, we can offer second chances, third chances and make sure that one bad decision isn’t the last one.

But if you want to, you can play a role to slow the opioid epidemic.

The key, Harris said, is to spread awareness and lessen the stigma surrounding addiction. She said it's important to do this on a local level.

Harris suggested putting together projects through student government or Greek life to inform your own community and potentially help the people around you.

Overall, it's important we're talking about it. Addiction tends to live hidden in shadows -- and all that does is keep people from getting the help they need.