It's easy to see why "House of Cards" appeals to such a wide audience.

The show has managed to take something most Americans are decidedly apathetic about, politics, and make it entertaining.

It also doesn't hurt that Kevin Spacey and Robin Wright are brilliant in their respective roles as Frank and Claire Underwood.

Witnessing Frank Underwood's ascent to the White House has been captivating, terrifying, shocking and thrilling. Underwood is an exceptionally complex character.

He's murderous, ruthless, brilliant and calculated, but also insecure and compassionate at times.

Perhaps most of all, however, the show helps affirm America's cynical attitude toward both government and politicians. Indeed, regardless of whether they identify as Republican, Democratic or Independent, many Americans are quite distrustful of government.

Who can blame them? From Watergate to the NSA-Snowden revelations and beyond, this country has been given plenty of reasons to feel leery of government.

One might say that distrust of government is ingrained in the American psyche, in the sense that this country was born out of a struggle against the tyranny of a monarch.

This mentality is also largely responsible for the perpetual conflict between Republicans and Democrats, and the split over limited versus big government.

Thus, "House of Cards" speaks to the culture, history and psychology of American politics. Yet, this doesn't mean that it's entirely accurate, or a realistic presentation of this country's political system.

We are deceived into believing that the Underwoods are true to life because they personify many of our sentiments about politics. The truth is, however, that they're a hyperbolic representation of what really goes on in Washington, DC.

Some of you might be saying, "Well, duh, it's fiction, it's just entertainment." Fair enough, but the show attempts to present itself as at least a reflection of the reality in DC, so there's no harm in analyzing it somewhat.

Here's what "House of Cards" gets right AND wrong about American politics. For brevity's sake, we aren't going to cover everything in the show, but will certainly discuss several of the major themes.

Before we move forward, however, we should warn you that there a number of spoilers in this article for all three seasons.

In season one, Underwood argues power is more important than money in the sense that it's less fleeting. That may be true in a broader sense, but the fact of the matter is money rules Washington.

The amount of money spent in politics today is unprecedented. Winning an election is largely dependent on how much a politician spends on campaigning. Money rules everything in American politics, and it drives both policy and elections. 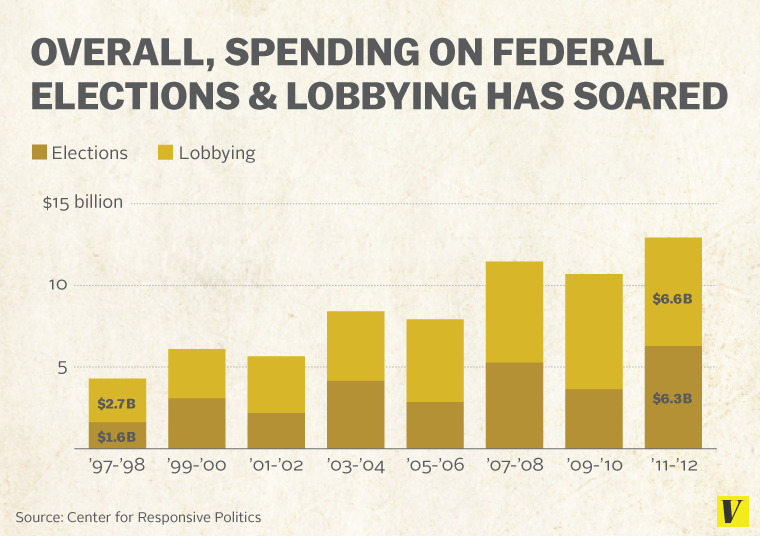 Underwood learns this lesson all too well once he becomes president.

Early on in season three, President Underwood attempts to fool the public by announcing he will not be running for reelection, even though he has every intention of doing so.

During the announcement, he argues that most first-term presidents spend far too much time on campaigning and not enough time governing.

He's absolutely right, and the same is true for Members of Congress. They spend several hours a day on the phone calling donors and potential contributors. And we wonder why DC is so inefficient.

This is precisely why we need campaign finance reform.

Kate Mara does a wonderful job portraying Zoe Barnes, an ambitious, young journalist. Yet, her entire character is predicated on an exceptionally sexist notion: that a female political journalist can only get ahead by having sex with powerful men.

Washington is certainly no stranger to sex scandals or salaciousness, but as Alexis Coe of the Atlantic notes:

While that's certainly the case for the coupling of Barnes and Underwood, no examples of conflict-of-interest-ridden reporter/congressperson trysts readily come to mind.

Hence, this aspect of the show was obviously thrown in to give a little spice to a political drama, but it's insulting to the numerous and extremely talented female journalists in DC and beyond.

Right: Egotism and thirst for power in DC.

If you've ever been to Capitol Hill, you know it's largely driven by ambition and egocentricity. People there hand out their business cards before they've introduced themselves (but they'll definitely give you a VERY firm handshake).

It's all about who you know, and what you can do for people. The first question you'll like get when meeting someone is, "What do you do?"

Honestly, the egos and the quest and thirst for power is very prevalent in Washington. [Underwood is] a very focused individual... I have run across characters in my political career that have that singular focus of being someone, being in a position of power. So I think in a way, that's an accurate portrayal.

Indeed, "House of Cards" definitely gets this aspect of DC right.

Wrong: Government can be efficient.

One thing that "House of Cards" gets massively wrong is Frank's ability to efficiently influence other politicians to do his bidding.

Relatedly, President Obama, who has admitted to being a fan of the show, has stated:

I wish things were that ruthlessly efficient. I was looking at Kevin Spacey, I was thinking, 'Man, this guy is getting a lot of stuff done.'

Indeed, Washington is a notoriously inefficient city. It's no secret that the legislative process is broken, and House Speaker John Boehner can't even get members of his own party to cooperate.

"House of Cards," at times, presents the illusion that things can actually be accomplished expeditiously within America's political system.

Right: Politicians are human too.

We hold politicians to ridiculous standards in the United States. This is understandable, given they are meant to set an example for the public. Yet, we have to admit we're somewhat hypocritical in this regard, and it makes our politics less honest.

We've obviously progressed on the issue of marijuana. Still, it would be nice to live in a world where politicians aren't judged on the minute mistakes of their pasts, but rather their conduct in the present and vision for the future.

Peter Russo's character reveals to us that politicians are subject to the same foibles and frailties as the rest of us. Politicians are human; they're imperfect, insecure and flawed in their own ways.

Does this mean we should elect recovering alcoholics as legislators and presidents? Not necessarily, but perhaps we shouldn't act so shocked and outraged when they make mistakes.

Washington DC gets a bad rap due to its association with the government, but there is much more to the city.

The capital is a vibrant and diverse urban center with a history and culture of its own. Don't write it off because you associate it with politics, there's much more to it than Capitol Hill.

With that said, let's also not assume all politicians are sociopathic murderers like Underwood. Many of them got into government because they genuinely wanted to serve the public and change America for the better.

We live in an exceptionally privileged country, and much of that has come from the hard work and sacrifice of politicians both past and present.

"House of Cards" speaks to our deepest fears about American politics, and reminds us this nation and its leaders both have a great deal of room for improvement.