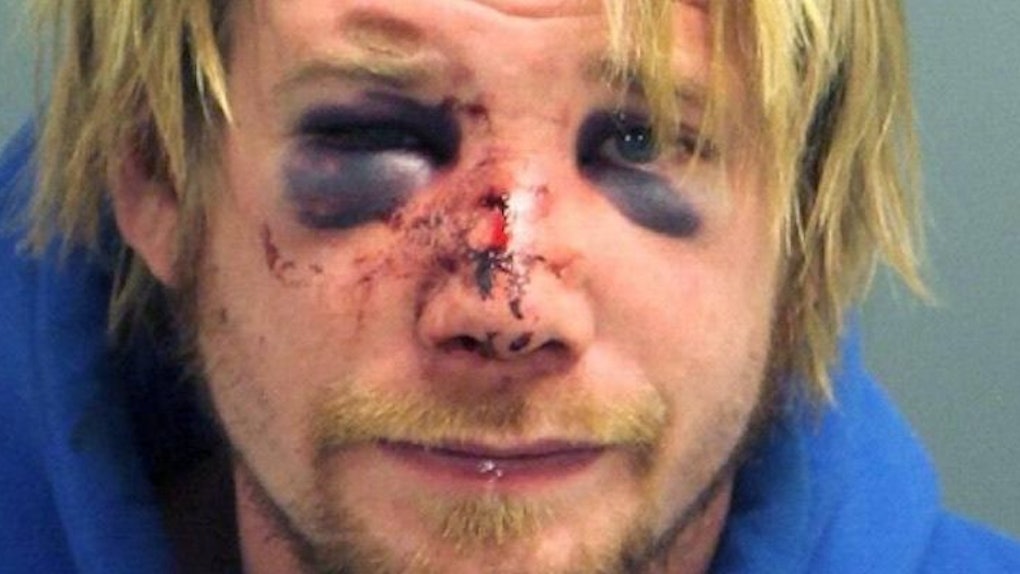 Man Beat Up With Firewood After Breaking Into Ex's Apartment

If you're thinking about breaking into your ex's apartment (I hope you're not), you should probably take into consideration the other humans who might currently live there.

Matthew Lawrence Bergstedt didn't think twice about breaking into his ex's home, but he should have because he was beaten with firewood upon entering, ABC 7 reports.

According to police, Bergstedt broke into his ex's apartment in Raleigh, North Carolina, on Monday on Shanda Drive off Spring Forest Road.

After he kicked down the door and entered, he was reportedly battered with a piece of firewood by a 20-year-old man inside, News Observer reports.

The Raleigh Police department also believes that the residence he broke into was not coincidental, seeing that he was previously involved with the unnamed female in the home.

Apparently, he was so beaten from the attempted break-in that he suffered two black eyes and severe facial wounds.

The man who allegedly took a piece of firewood to the criminal's face has not been identified.

Bergstedt didn't give up after being clobbered with the firewood, though. He allegedly left that apartment and proceeded to break into another one close by.

Not a good move, dude.

However, he was released from custody on Tuesday morning after posting a $3,000 bail.

This case reaffirms the fact that breaking and entering is severely frowned upon, very illegal and can end with being beaten senseless by a resident inside the home.

Bergstedt isn't the only person who's angst toward their ex backfired on them, though.

Just last week, we reported how a woman named Xie decided to set her ex's mattress on fire.

However, after she set the bed ablaze, the angry woman realized she couldn't put the flames out. To make matters worse, she inadvertently trapped herself in the burning apartment.

Luckily, firefighters cut down the door and brought the woman to the hospital to be treated for smoke inhalation in the ICU.

The lesson here is to never go to such drastic measures to get back at an ex because you'll only end up hurting yourself.

Or in Bergstedt's case, you'll get arrested, too.