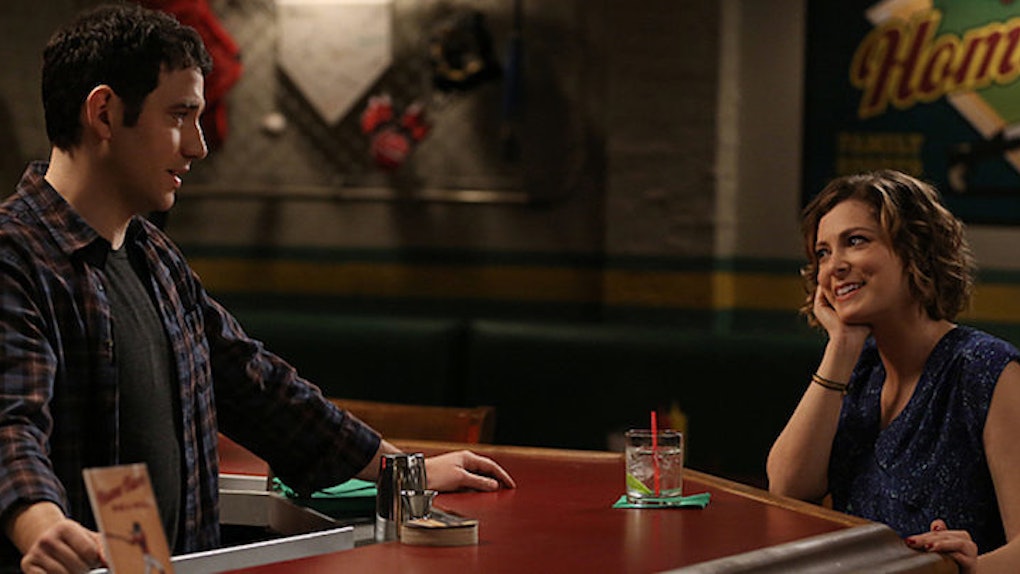 Girls, Avoid Doing These 15 Things To Hide How 'Psycho' You Really Are

I have gathered imperative information from 15 very forthcoming males about what constitutes a "psycho bitch" and how not to be one. It was eye-opening, to say the least.

I was rather concerned about the kind of people my friends associate with, so I asked one of the lads what attracts men to what, again, they refer to as "psycho bitches."

“When you say 'psycho bitch,' do you mean as in really clingy?” one of them replied. I followed up by asking what other kind of "psycho bitch" there is.

This was the answer I received: “If she wasn't clingy when we wanted her to be, we would call her a "psycho bitch" for not being all over us.” Well, at least that's honest.

So without further ado, here are the results of my entire investigation. These are all the thing to avoid if you don't want to be a "psycho bitch" — you know, according to men.

1. Deciding where to sit.

2. Contacting his exes on Facebook to ask/bitch about him.

Apparently, this is a big no-no.

Don't turn up somewhere he said he'd be with his friends like, “Oh, hi, fancy meeting you here.”

Men don't like to hear, “My job is really demanding. People depend and rely on me. That amount of responsibility is draining.” They are fully aware that serving coffee is an important job, but they like humble girls.

Preferably, don't burn his projector home theater set because he went out drinking with his mates and then, upon his return, throw him down the stairs. It's not very ladylike, to say the least.

Do not make him wash his hands before (and sometimes even during) sex and enter the bedroom with his arms up like a surgeon, or get angry if you get some j*zz on you.

If you want a less messy activity, try knitting instead.

When they finally manage to get you in the sack after a full month of trying, and you've already been going at it for a full few minutes, don't suddenly say, “Stop, I don't think I'm ready yet.”

They'll stop (they aren't rapists), but don't expect them to put their willy through that drama again.

Do not punch him in the face for putting his arm around a female friend, even though her boyfriend (who is a good friend of his) is standing right there.

Don't do it. Checking all his female friends and their history and even having a fake account just so that you can spy on his FB behavior? Fail.

When you haven't pre-arranged to meet, do not camp outside his house and wait for him to return from wherever he is.

Do not follow him in your car when he leaves the office to see where he will go, which happens to be the bus stop to drop off a female colleague, and then jump out of the car declaring, “AH-HAH! I knew it!”

Do not get your mother to go to his place of work and bitch-slap him in front of all his co-workers because he broke up with you (although this would explain where you get your "psycho bitch" from).

Don't take a hair from his head and say, “I'm going to keep this forever and ever.” (When I mentioned that perhaps this was a romantic gesture, I was told there's a fine line between romantic and creepy). Also, there was apparently some concern about what she wanted to do with it — perhaps "make a clone so she can have two of me."

14. Accepting your f*ck-buddy status without grace.

When you have been specifically told that you are not "the one" because you are “too young" but let's "carry on shagging 'til we get fed up or I can't keep up with you anymore,” do not at first agree and then invite him to dinner with your parents the following week “because they've heard all about you and are dying to meet you.”

Finally, threatening suicide because they won't return your texts is frowned upon within the male community.