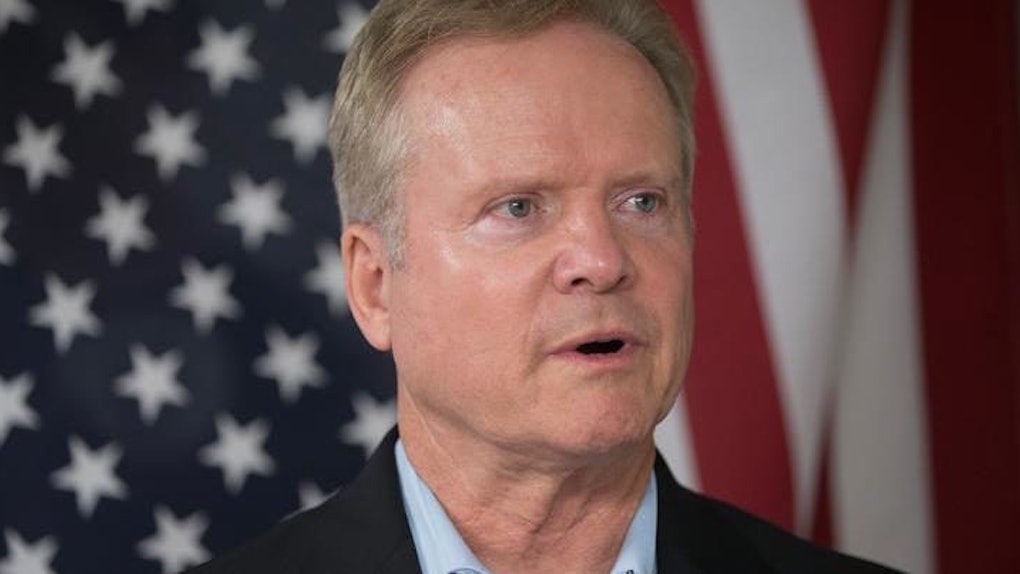 21 Things Jim Webb Looked Like During The Democratic Debate (Photos)

In typical fashion, the Internet has highlighted plenty of the night's greatest moments, like when Sanders shook hands with Hillary after exclaiming he was sick and tired of talking about her emails.

Another moment I thought was particularly precious was when Jim Webb shared his frustration about not having a fair share of time to speak.

I've been waiting for 10 minutes.

He went on to repeat this statement about 10 more times throughout the night.

In honor of Jim and all he brought to the table, let's check out 21 things he looked like during the Democratic debate, according to the glorious Internet.

1) The Grandpa from "King Of The Hill"

6) Grampa from "The Simpsons"

7) This blue guy from "The Muppets"

10) Whatever the hell this is

11) Pat Sajak from "Wheel of Fortune"

13) Statler or Waldorf from "The Muppets"

14) Sad and lonely Kermit the Frog

16) Basically the entire cast of "The Muppets"

18) The beginning stage of Jack Nicholson becoming a pizza man

20) Porky the Pig from "Looney Tunes"

21) And every single person in this Jim Webb collage