If you love awards shows as much as I do, you're probably counting down the days until the Grammy Awards on February 15.

There's really nothing better than checking out celebrities on the red carpet and tweeting about all the drama that happens as the night unfolds. A lot of crazy sh*t goes down at some of these award shows, so I suggest you start mentally preparing immediately.

If you aren't super into award shows, that's OK, too. You can always find out everything that happened on our site as we fill you in on all the winners and excitement of the evening.

Oh, we'll also be live-tweeting the event on @EliteDaily and Snapchatting (elitedailysnap), so be sure to check us out!

ANYWAY, as amazing as the Grammy Awards will be, I can come up with at least 15 grammies who are way cooler than anyone who will be at the show Monday night.

Yeah, that's right. I'm talking about OUR GRAMMIES. You know, the old ladies in our lives who give us love and the motherly support we need when times get rough. OLD PEOPLE!

There are lots of badass grammies in the world, and I thought now would be an appropriate time to highlight some of the coolest, craziest grammies out there.

Kendrick Lamar and Taylor Swift, I'mma let you finish, but here are the greatest grammies of all time.

1. There's this grammie who makes sure she gets treated like the goddamn princess she is.

2. And there's this grammie who encourages you to be whoever the f*ck you want. SHE'S GOT YOU, SLUTS.

3. How about this crew of badass grammies who have better dance moves than ANY of Monday night's performers?

Sorry, T Swift, they're killing you in the kitchen.

4. Of course, we can't forget about this grammie who had the best reaction after smoking some weed.

You're never too old to take a hit. Check out the full video here.

5. Now, say "hello" to this grammie who knows how to get the party started.

6. All hail this grammie who can lift a million times more than you.

Take a seat. You don't want to mess.

7. We just HAVE to shout out this grammie who asks the questions on everyone's mind.

8. And you can't ignore this grammie who tells it like it f*cking is. 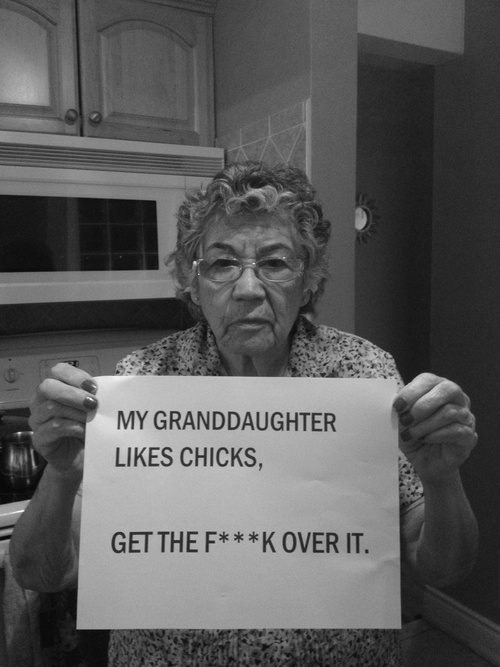 9. There are these two grammies who are having a blast and give zero f*cks who judges them.

10. And check out this grammie whose fresh ink proves she's someone you DON'T want to f*ck with.

11. Let's talk about that grammie angel who serenaded Nick Jonas in heaven as part of his music video.

12. And don't forget this grammie who's just way too chill for all of us.

13. This grammie may have lost her dentures, but she didn't lose one bit of her coolness. Happy birthday, you toothless badass.

14. And no one has more swag than this grammie who knows how to really make an entrance. 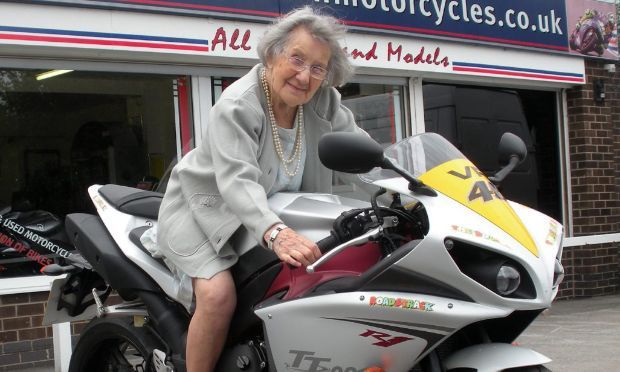 15. Last but not least, these grammies are ready to rock the f*ck out and steal the show. Grammies' night, here they come.